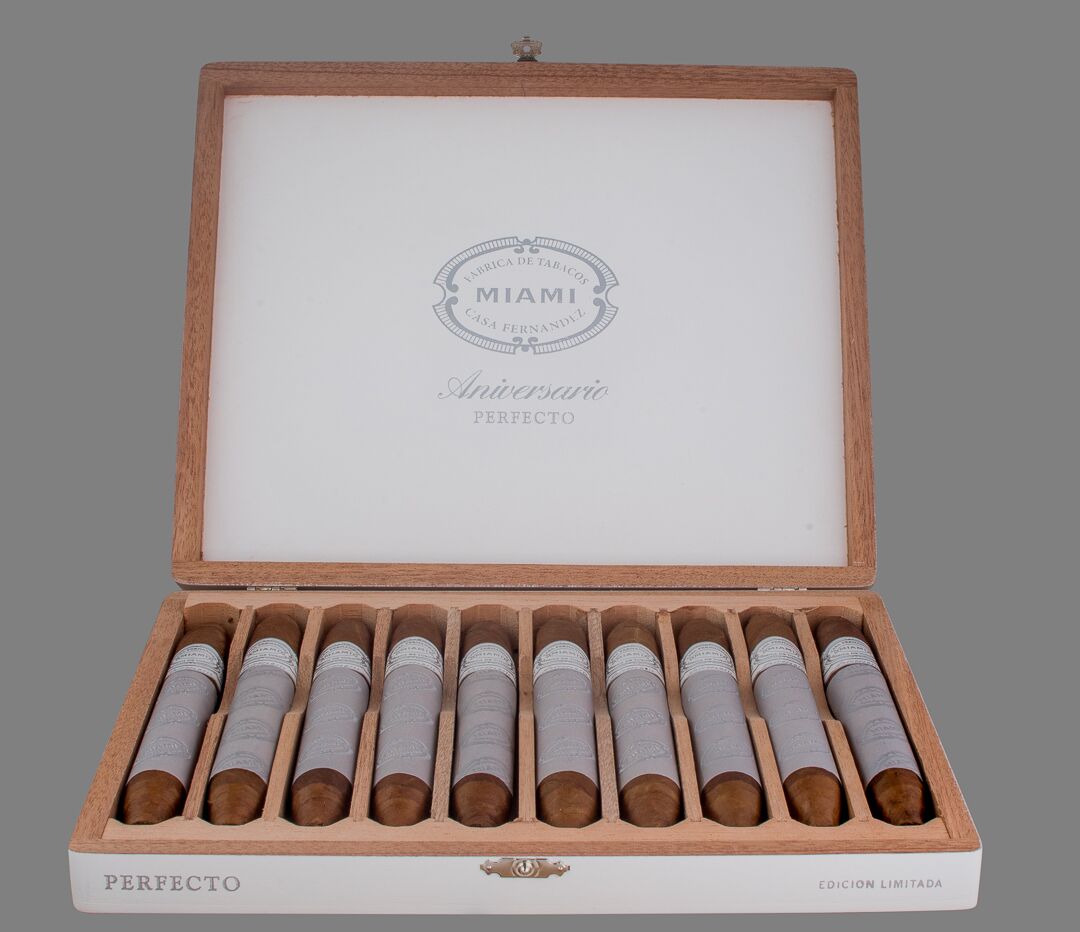 At the 2018 IPCPR Trade Show in Las Vegas, Aganorsa Leaf will introduce a perfecto offering in its Case Fernandez Aniversario line. The cigar will be a limited production offering of 250 ten-count boxes and will only be made available to IPCPR attendees. This will be the fifth installment in the Aniversario line.

The Aniversario Perfecto features 100% Nicaraguan tobacco grown on the Aganorsa farms. The cigar features a Corojo ’99 wrapper over binder and fillers from the Jalapa and Estelí regions. The perfecto is a 6 1/4 x 52 perfecto offering rolled at the company’s Miami, Florida factory.

“This will be the first perfecto to be featured in the Aniversario lines and is one of the few we make as a company.  We have only one Cuban roller in Miami who specializes in this vitola—Elizabeth Rodil—and so the entire line is produced by her, a rarity for production cigars,” commented Terence Reilly, Vice President of Sales and Marketing at Aganorsa Leaf.

In 2013, the first Casa Fernandez Aniversario was released in the form of a 6 x 54 box-pressed cigar. In 2014, a 6 1/2 x 52 box-pressed Toro was added to the size. In 2015, the company released a Lancero and a rounded Toro. The Perfecto is the first Aniversario release in three years.