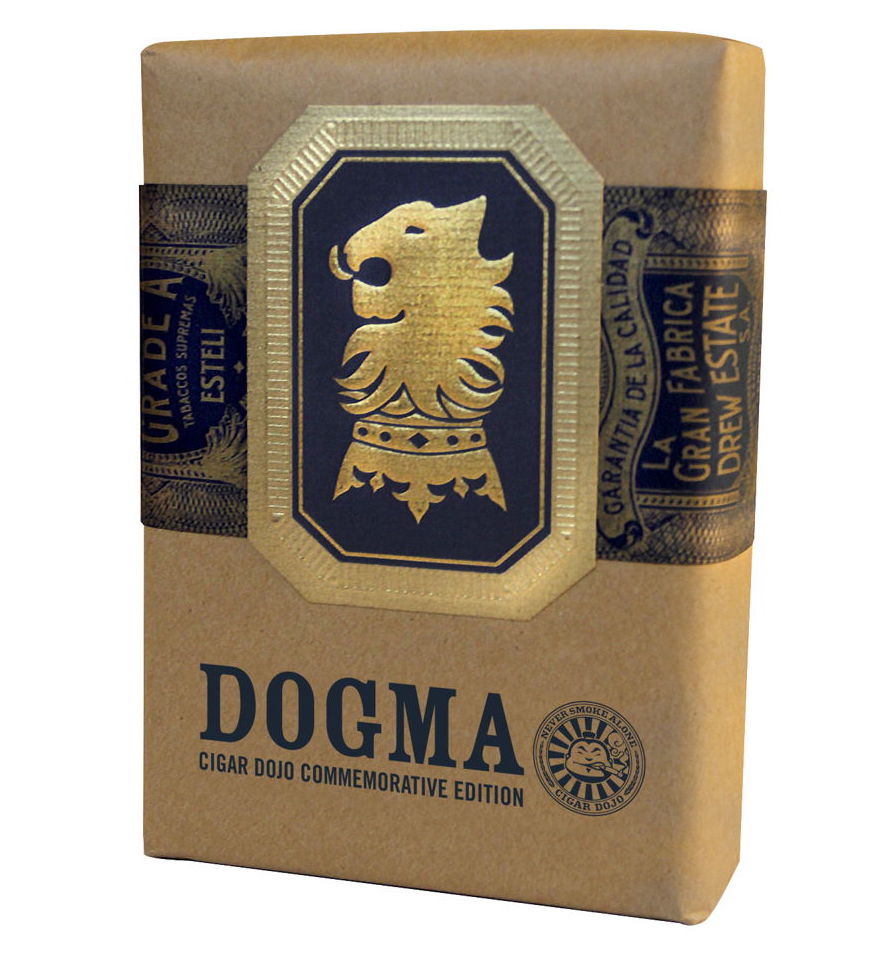 The Undercrown Dogma, a limited edition box-pressed version of the popular Undercrown line done in conjunction with Cigar Dojo and sold exclusively through Smoke Inn, is going national.

The Dogma was first released in 2014 as a small batch limited production. The cigar is a 6 x 56 Box Pressed Gran Toro that features a San Andres Mexican wrapper, Connecticut Stalk Cut Habano binder, and a combination of Nicaraguan and Brazilian Mata Fina filler. Dogma is based off the Undercrown Corona ¡Viva!, a slightly tweaked version of the original Undercrown line. It will be sold in ten-count soft bundles.

The cigar will be showcased at the 2018 IPCPR Trade Show and will be made available to Drew Diplomat retailers.

In a press release, Drew Estate President and Founder Jonathan Drew commented, “DE absolutely loves the Dojo community and app because it represents the finest in cigar fellowship and technology. Dojo Dogma signifies our commitment to this distinguished community with a deep sense of purpose, as Dogma was created with intense, heartfelt passion. This is probably my favorite limited edition to date, along with the ShadyXV.”

Meanwhile, Cigar Dojo founder Eric Guttormson aka Master Sensei, commented, “Working with Jonathan and Drew Estate was a dream come true for the Dojo team throughout 2013/2014 and we could not have been more impressed with the final product. The return of the Dogma is something we have always wanted to do, as the cigar’s unique shape and amped-up blend make for a stunning profile. We can’t wait for more enthusiasts to experience the legendary Dogma first-hand!”

A formal release of the Undercrown Dogma is scheduled at the Rocky Mountain Cigar Festival on August 25, 2018 in Broomfield, Colorado

The Dogma is the first Cigar Dojo collaboration to go national. Another Cigar Dojo Collaboration, the RoMa Craft Tobac Whiskey Rebellion 1794 had a line extension and became an exclusive to Famous Smoke Shop.

The company did a promotional video describing the Undercrown Dogma: