The Montecristo Artisan Series Batch III features tobaccos that were selected by three members of the Grupo de Maestros teams who in turn selected an accomplish buncher and roller to assembler the cigar. Each installment of the Artisan Series has featured a different blend and different vitola. For the first time, the Artisan release will be a 100% Dominican puro. It is also the first time a belicoso format will be used. 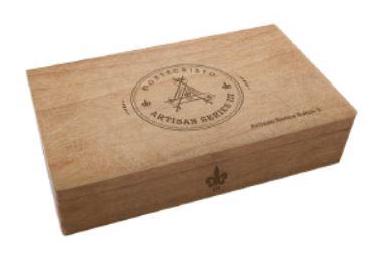 The Grupo de Maestros team represents some of Altadis’ most skilled cigar makers and they have been involved in some high profile Altadis releases. According to Altadis, the group has more than 200 years of combined experience. Altadis U.S.A. describes the Grupo de Maestros as:

At a glance, here is a look at the Montecristo Grupo de Maestros Private Batch IV: