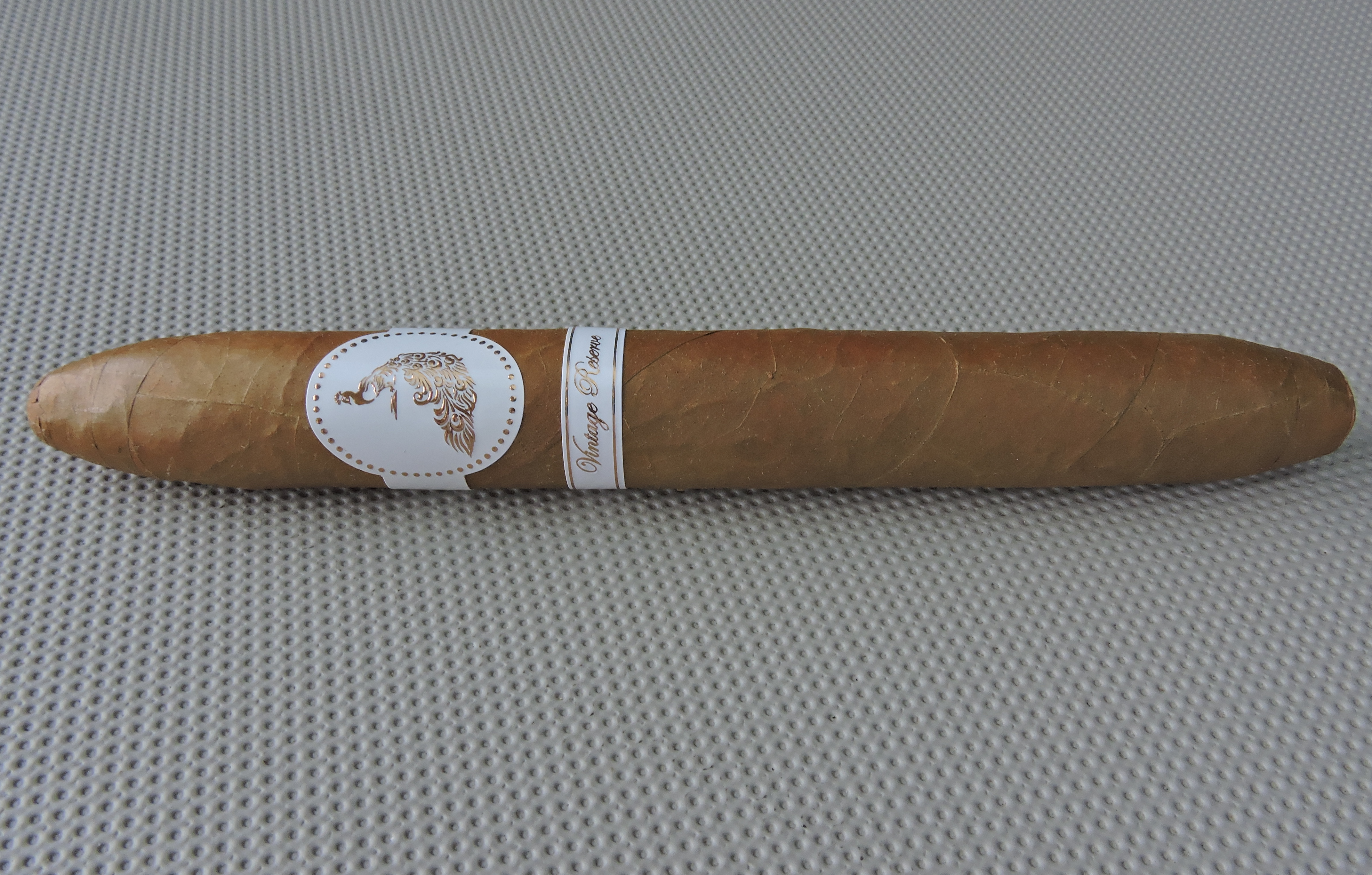 MQBA is a new brand launched by Mel Shah and Bombay Tobak. Bombay Tobak is best known for the brands of MBombay and Gaaja. The MQBA launch marks Bombay Tobak’s foray into a single farm vintage release. The tobacco for MQBA comes from a farm in Ventana, Ecuador that the company has been leasing since 2008. As a part of the arrangement, Bombay Tobak has control of the type of tobaccos that are be grown. The first tobaccos that were grown on the land were from 2009 and they have been incorporated into the release. Because the tobaccos used in the tobacco are Ecuadorian-grown, it makes MQBA one of the rare Ecuadorian puro cigars on the market. Today we take a closer look at the MQBA in the Diadem size.

Without further ado, let’s break down the MQBA Diadem and see what this cigar brings to the table.

The MQBA line consists of 100% Ecuadorian tobacco from Ventana, Ecuador. As with all Bombay Tobak cigars, it is produced at the Tabacos de Costa Rica factory in Costa Rica.

The Ecuadorian wrapper of the MQBA Diadem seemed a shade or two darker than a traditional Connecticut Shade wrapper. There was a light coating of oil on the wrapper. While there were some thin visible veins, this was a wrapper that was on the smooth side. The wrapper seams of the cigar were well hidden. The cigar is tapered on both ends with a sharper tapering by the foot. There is a thin cap at the head of the cigar and an open footer at the foot.

There are two bands on the MQBA Diadem. Each is white with a white-gold font. The center of the primary band contains an image of a peacock on an ovular background. A dotted pattern surrounds the image. To the far right is the text MBOMBAY.

A secondary band rests just below the primary band. It is also white with white-gold font. The text “Vintage Reserve” is in cursive font. There is a white gold pinstripe above and below.

A straight cut was used to remove the cap of the MQBA Diadem.  I used the Credo Special T cutter with the 36 ring gauge hole. This allowed me to get an ideal cut and take advantage of the tapering effect of the cigar. After making the cut, I moved on to the pre-light draw phase. The dry draw delivered a mix of cream and wood. There was a slight amount of sweetness to the cold draw, but not much in the way of spice. I considered this to be a satisfactory pre-light draw. At this point, I was ready to light up the MQBA Diadem and see what the smoking phase would have in store.

The start to the MQBA Diadem delivered notes of cream, cedar, and some hay. As the cigar moved through the early stages the cream notes moved to the forefront. The hay notes evolved into a more complex herbal tea note that also had some sweetness associated with it. The tea notes along with the cedar remained close secondary notes on the tongue, but were more prominent on the retro-hale.

During the last third of the MQBA Diadem, the cedar notes remained in the forefront. To some extent, the herbal tea note lost some of its “tea” qualities and was more of a straight herbal note. Meanwhile, a caramel note surfaced in the background, providing some extra sweetness. There were still touches of pepper and cream present. This is the way the smoking experience of the MQBA came to a close. The resulting nub was slightly soft to the touch, but cool in temperature.

Overall the MQBA Diadem maintained an ideal combustion. The burn path was straight from start to finish. There was a little bit of jaggedness on the burn line, but overall this was a burn that was never in danger of getting off track and did not require excessive touch-ups. The resulting ash had a mix of dark and light gray to it. This was an ash that was on the firmer side. Meanwhile, the burn rate and burn temperature were both ideal. 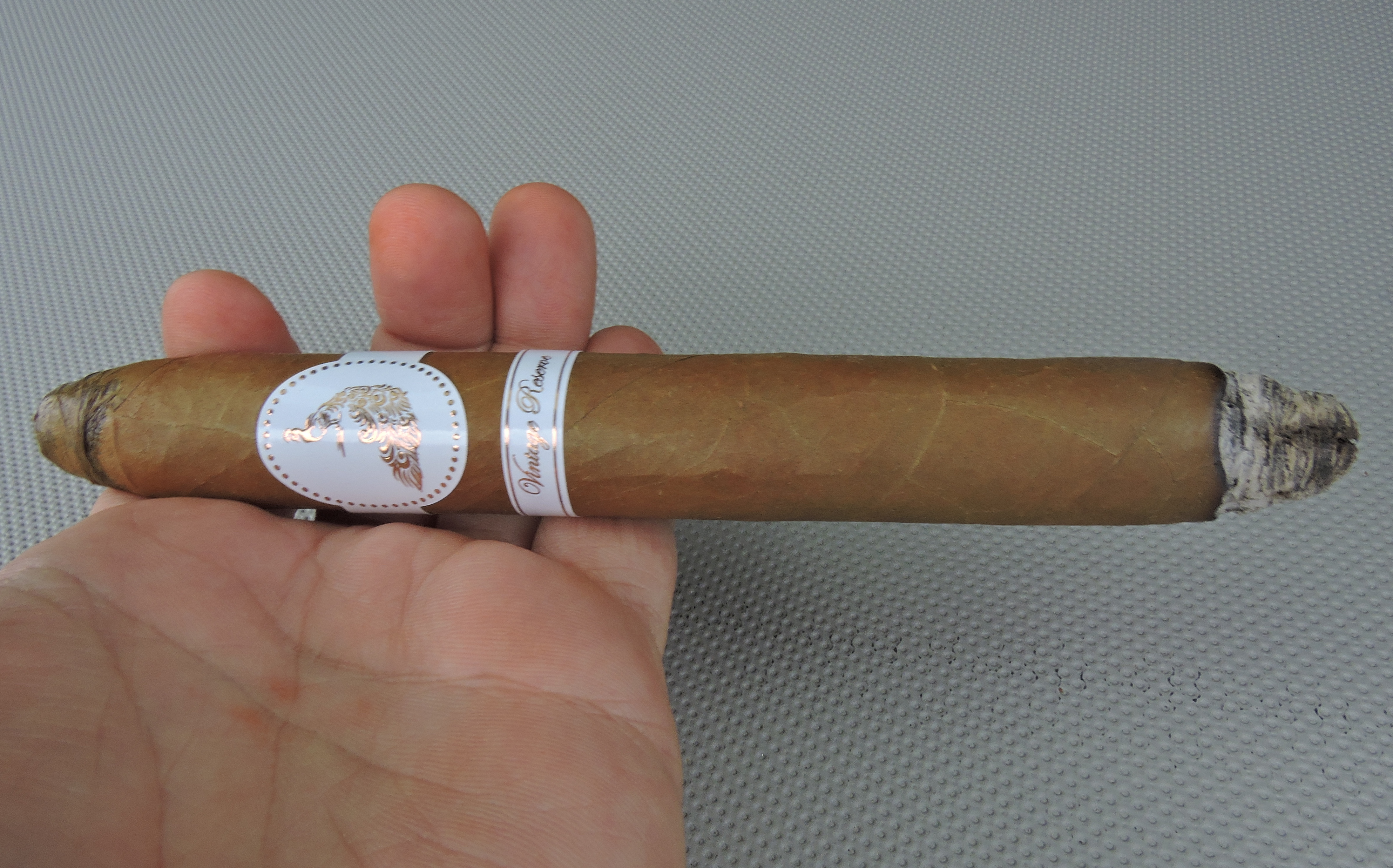 Burn of the MQBA Diadem

The draw to the MQBA Diadem performed extremely well. This cigar seemed to have the right amount of resistance balanced by the right amount of openness. The tip where the cut was made held up well – even for someone like me who tends to sometimes draw a little heavier.

Bombay Tobak has a home run with the MQBA Diadem. I had never smoked a 100% Ecuadorian tobacco cigar before and I found this to be an impressive smoking experience. It’s a cigar that delivered the total package – complexity, balance, construction, and flavor. The Ecuadorian tobaccos are going to deliver something quite unique in the flavor department – and at the same time, the flavors excel with this cigar. I also found the MQBA Diadem’s mild to medium strength and medium body worked quite well with the flavors delivered.

The MQBA Diadem is a cigar I would recommend to the novice or experienced cigar enthusiast. As for myself, it’s something I would smoke again. It’s one that definitely is worth taking on Chuck Norris for.