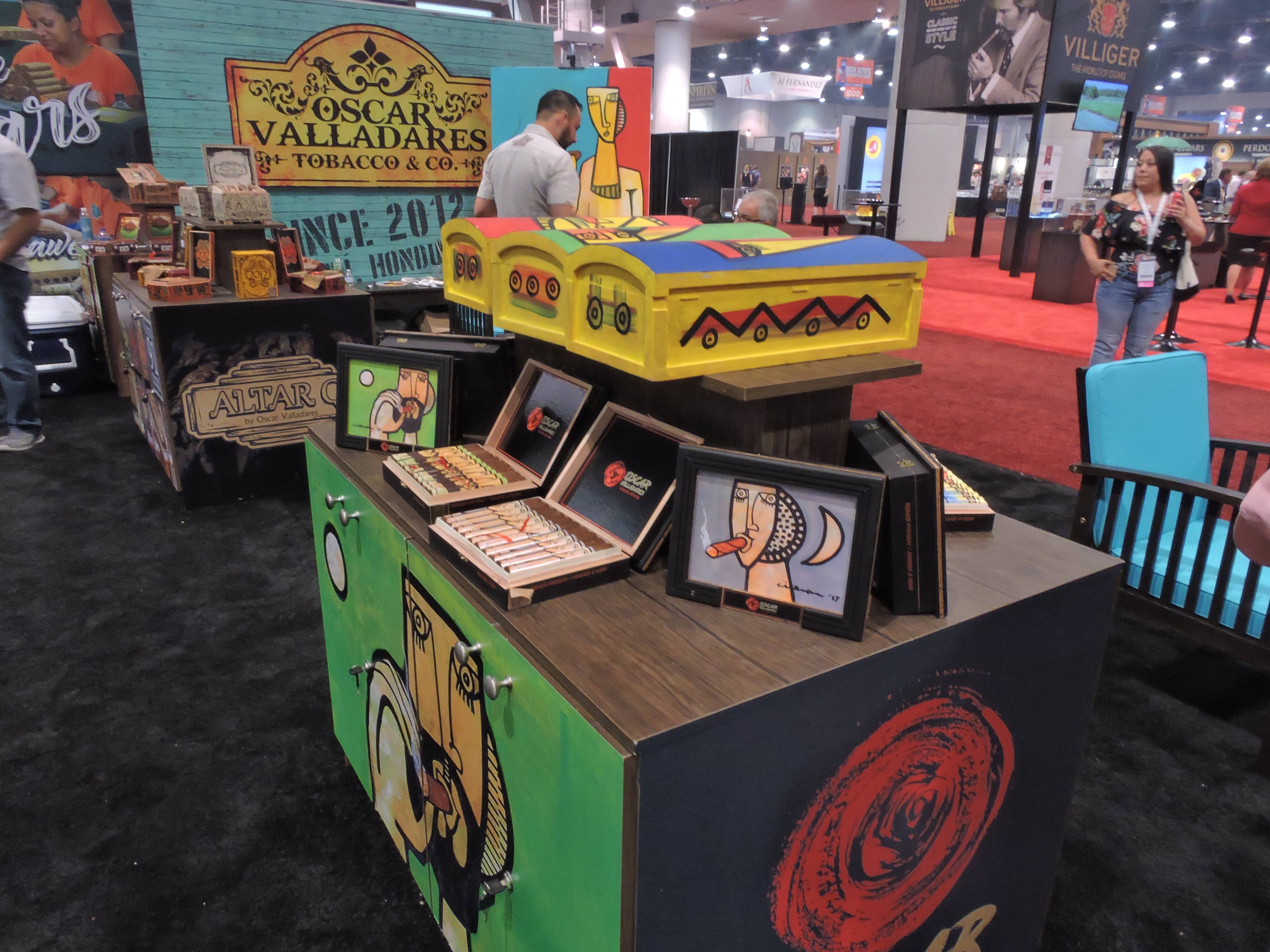 This year, Oscar Valladares Tobacco and Company moved into its own booth. This was a booth that was filled with vibrant colors. At the same time, the newer products reflected a combination of Mayan culture and contemporary art.

In previous years, Oscar Valladares Tobacco had shared a booth with Jim Robinson of Leaf cigars. The Leaf by Oscar portfolio, a project made at owner Oscar Valladares’ factory, remained showcased at the Leaf booth.

The new line that had its official launch was Altar Q. It’s a cigar that pays homage to the Altar Q monument – one of the most historic monuments from the Copán region of Honduras. The Altar Q was a monument spearheaded by Mayan King Yax Pac in the year 776 AD. Yax Pac wanted to demonstrate his divine right to the throne as well as document the lineage of his predecessors. The Altar Q was made as a square block that depicts Tax Pac and 15 of the King’s predecessors from 426 AD to 764 AD – with four featured on each side. It depicts the first king talking to the last. The new Altar Q cigar is packaged in a unit representing that monument. 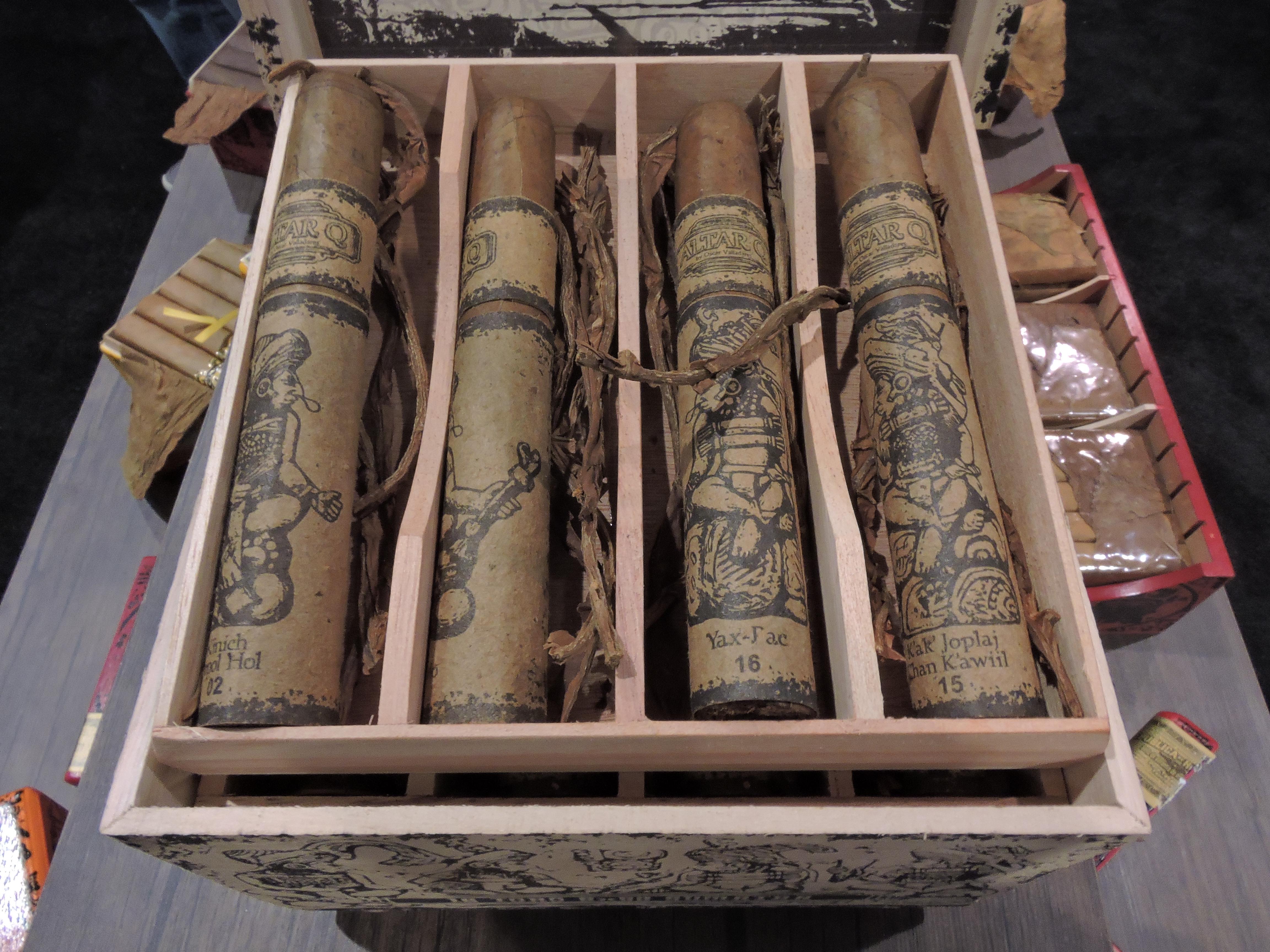 The Oscar Valladares Ciserón Edition gets some slight packaging changes. Ciserón Edition had a launch back in January. It’s an Ecuadorian Sun Grown wrapped cigar over all-Nicaraguan tobaccos (a first for Oscar Valladares).  It’s available in one size – a 6 x 52 Toro packaged in 20-count boxes. The cigar pays homage to Honduran artist Elmer Ciserón Bautista. Each box comes with a different painting on the top box made by Ciserón.  The packaging changes now will have a matching sleeve on the cigar to the artwork on the box. 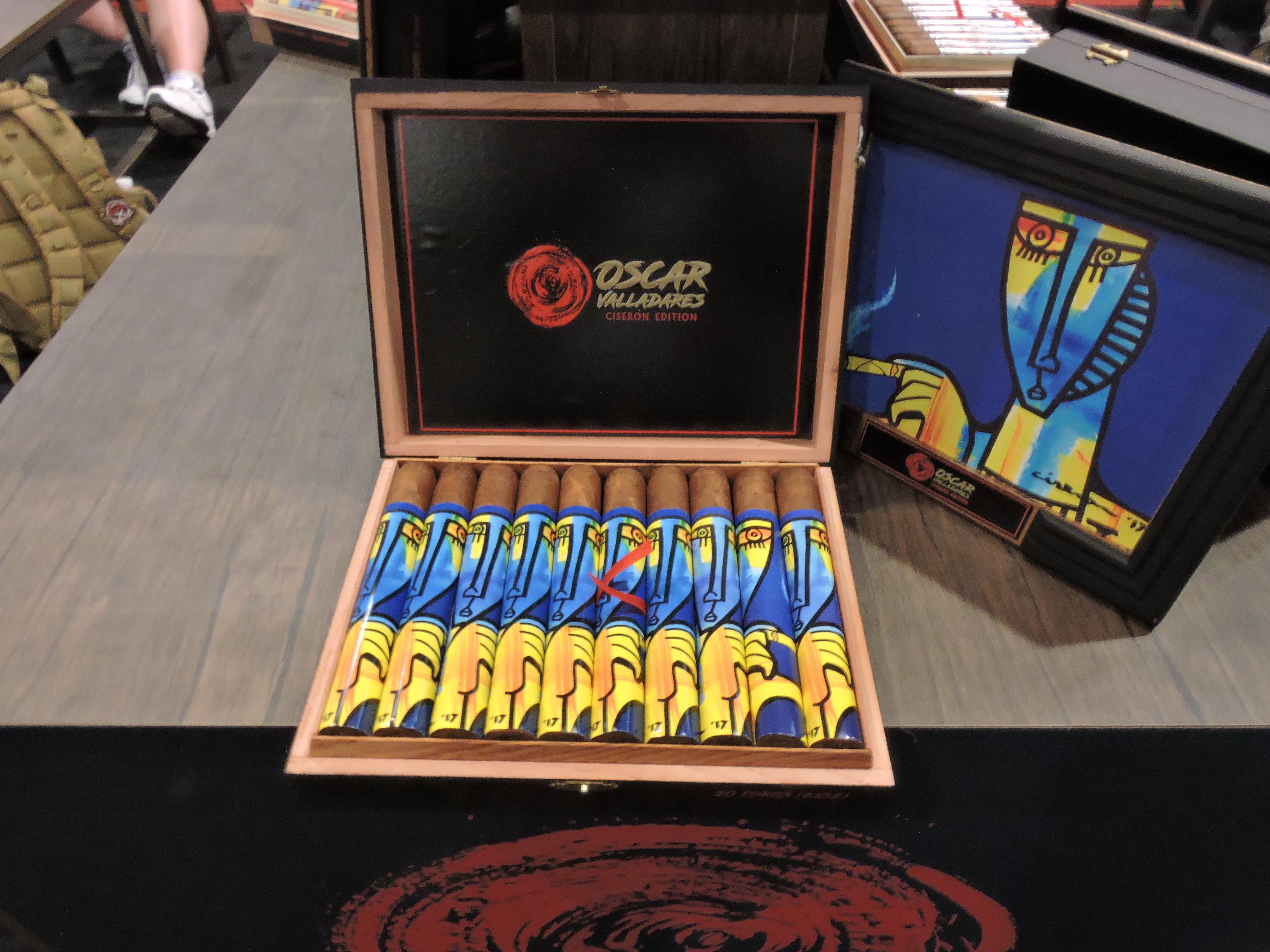 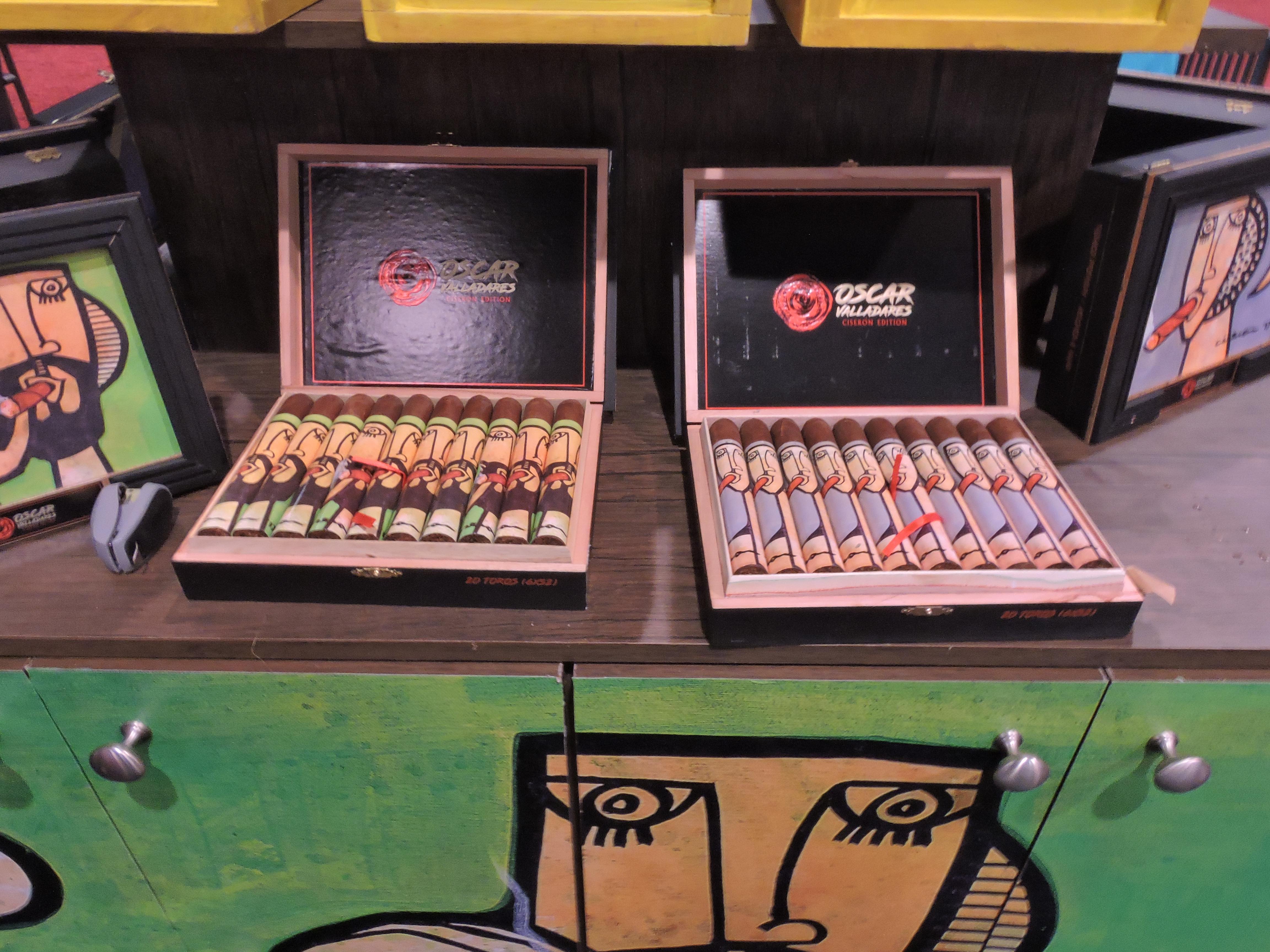 Ciserón was present at IPCPR doing some painting. His work was raffled off to one lucky retailer before the end of IPCPR. 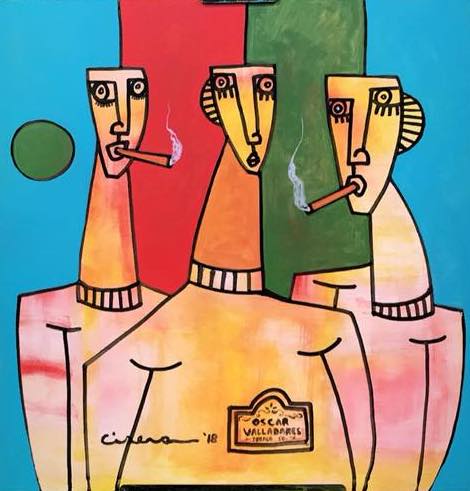