Agile Cigar Reviews are cigar assessments where we use a lightweight, shorter format. These will never take the place of our comprehensive reviews. They are only used on blends we have previously assessed. This might be a blend we are re-scoring or giving a score for the first time. It might be a blend we are looking at in a different size. Today we look at the La Aurora 100  Años in the Belicoso size. This is a cigar we have assessed previously back in June 2015 in the Preferidos size. 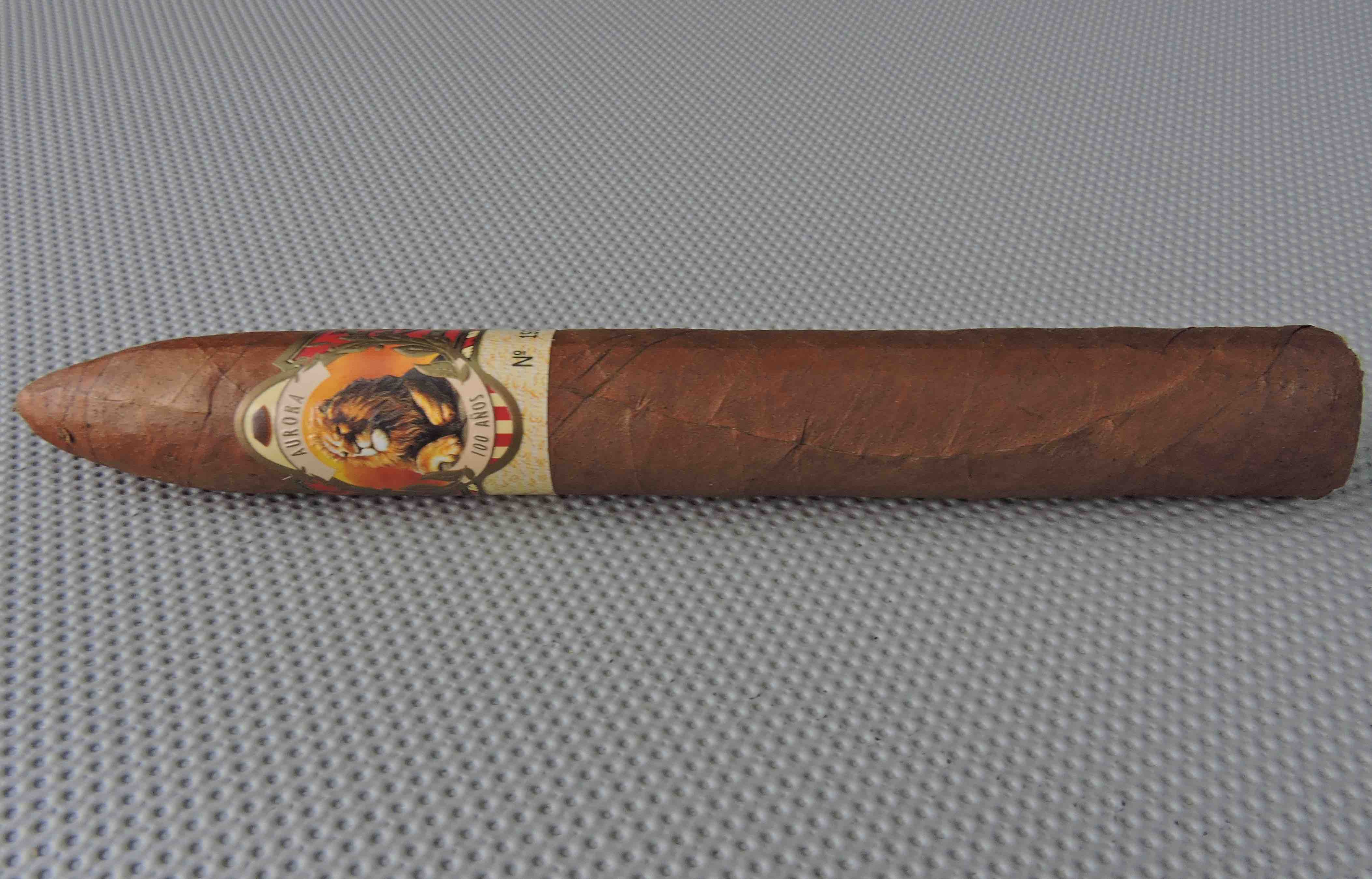 The La Aurora Cigar factory is the oldest one in the Dominican Republic. In 2003, the factory celebrated its 100th anniversary. To commemorate the occasion, La Aurora produced a commemorative cigar known as the La Aurora 100 Años, which would actually hit the market in 2004. The cigar had a large, limited production of 400,000 cigars and it quickly earned La Aurora both critical and commercial acclaim. In 2012, La Aurora made the decision to bring back the 100 Años. Since then the cigar has seen ongoing limited production. Today we take a look at the La Aurora 100 Años in the Belicoso size.

The 100 Años Belicoso opens with notes of natural tobacco, classic wood, cedar, nut, floral, and a subtle citrus note. There was a slight amount of red pepper on the retro-hale. As the cigar moved through the first third, the natural tobacco and classic wood notes moved to the forefront. These were balanced by the floral, citrus, and cedar notes. At the same time, the nut flavors dissipated. The second third saw a mix of black and red pepper on the tongue emerge. By the midway point, the wood notes took over as the primary note. While there was a decrease in the overall sweetness, and an increase in the spice, there was still a nice balance in the flavor profile right until the end.

In terms of strength, the 100 Años Belicoso started medium before progressing to medium to full. As for the body, it started out on the upper end of medium and had a moderate increase in intensity – going to medium to full in the second third and full-bodied past the midway point. This was a cigar where the body had the edge over the strength.

The La Aurora 100 Años made its debut in 2004, and one thing I give La Aurora a lot of credit for is that this cigar has maintained its consistency throughout the years. This is a cigar that delivers very nice flavor and enough complexity to keep me interested from start to finish. Until this round of assessments, I had never smoked the Belicoso, and I was quite pleased with this format. This is a cigar I would steer to a more seasoned cigar enthusiast, but if a novice is looking to graduate to that medium plus/full level, this is a cigar I would recommend. As for myself, it’s a cigar I would smoke again – and buy multiples of.