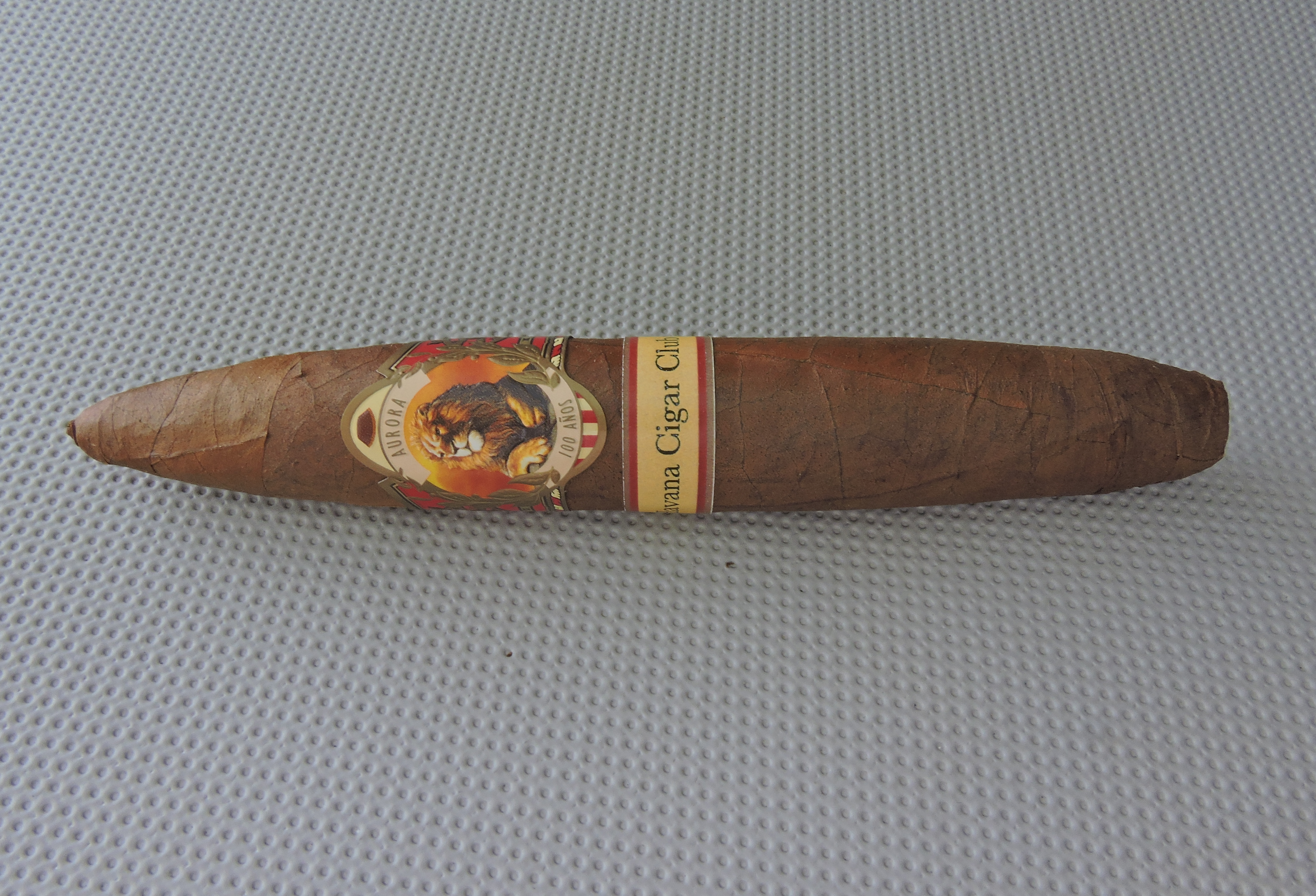 Several weeks ago, we reported that Warwick, Rhode Island retailer Havana Cigar Club was going to be the recipient of the Preferido size of the La Aurora Cien Anos. It’s a fair point to make that this particular cigar  is an iconic size of an iconic blend. The original Cien Anos was a limited production run released in 2004.  The cigar was meant to commemorate the 100th anniversary of La Aurora Cigars.  Eight years later, the Cien Anos would make a return as three sizes were given another limited production run. During the past several years, there have been several limited and special sizes of the Cien Anos. One of those sizes is the La Aurora Cien Anos Preferidos No. 1 size, a 6 x 58 perfecto. This cigar has appeared several times, and now it is (at press time) at Havana Cigar Club for a limited run. Recently I’ve had an opportunity to smoke the La Aurora Cien Anos Preferidos. Very simply this cigar lives up to what I said up front – “iconic size in iconic blend”.

According to Havana Cigar Club owner Todd LoScola, the edition of the Preferidos were part of the original 2004 run of the Cien Anos.  There were a 100 total ten count boxes made available to the retailer. 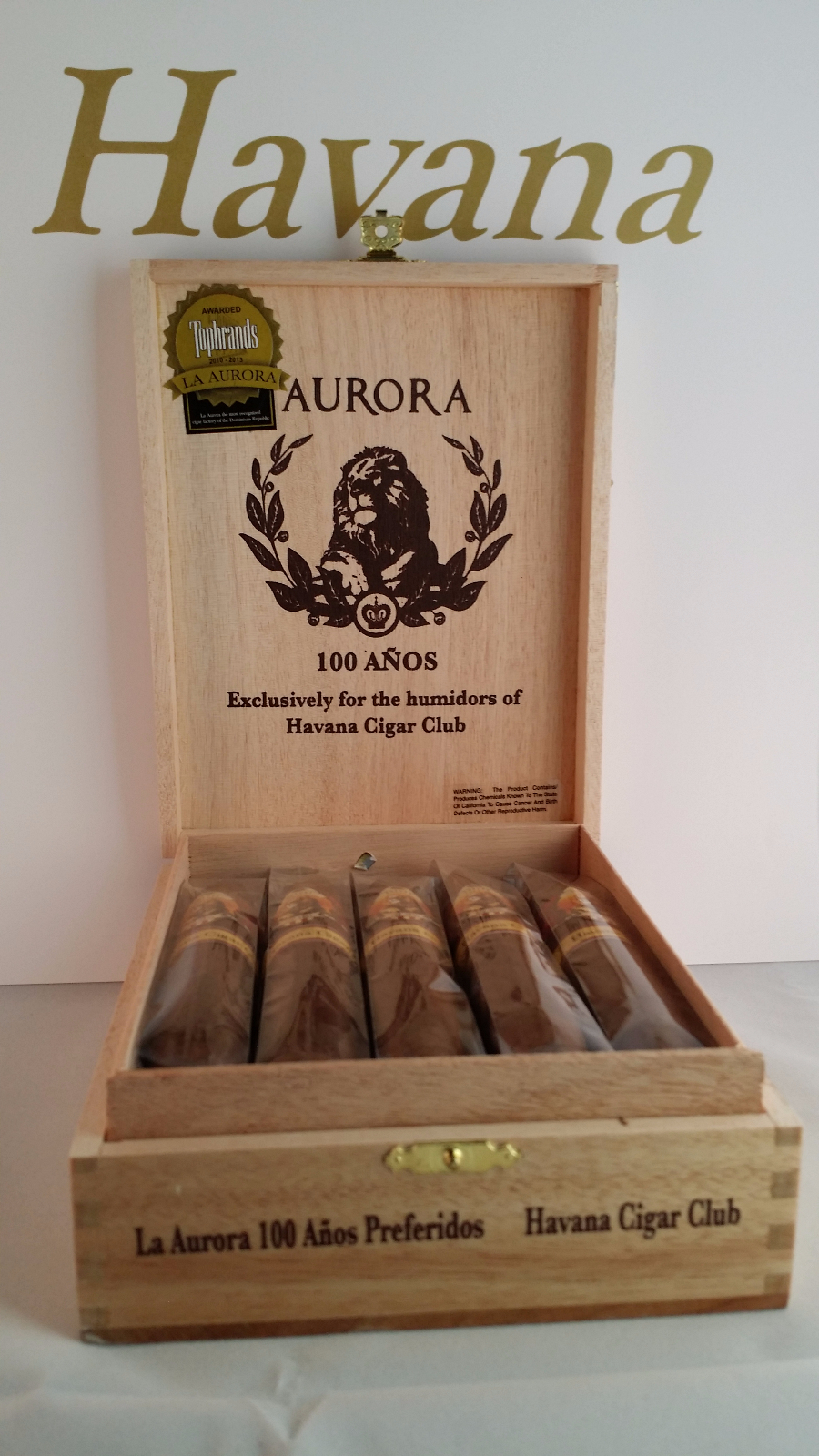 There have been two off-shoot blends of this cigar. Earlier this year, Burns Tobacconist received the limited edition shop exclusive La Aurora Cien Anos Lancero Cameroon. Of course there has been the iconic La Aurora Cien Anos Edicion Especial – the highest rated cigar in the history of Cigar Coop.

For now, we take a look at the original Cien Anos in the Preferidos size and see what this cigar brings to the table.

The following is the list of vitolas that were released with the original batches of the La Aurora Cien Anos.

The Dominican Corojo wrapper has a woody, brown color to it. Depending how the light hits it, there may be a slight cinnamon tint to it. Upon closer examination, there is some subtle dark marbling on the surface. There is also a light coating of oil on the surface of the wrapper.   While there are a few visible wrapper seams, and several visible veins, I still considered this to be somewhat of a smooth-looking cigar. There is a pointed tip on the cap and an open footer.

There are two bands on the La Aurora Cien Anos Havana Cigar Club Edition. The primary band is the standard one found on the Cien Anos line. It features a combination of orange, gold, red, and pale yellow in the color scheme. In the center of the band is the La Aurora lion. Above the lion in thin gold font it says “AURORA”. Below the lion in thin gold font it says “100 ANOS”. The remainder of the band is adorned with pale yellow, gold, and red. On the back is a red oval. There are three lines of text in white font containing one word/number per line. The text is “AURORA”, “100”, “ANOS”. There is a small crown above the text. Going sideways on each side of the oval it says “HECHO A MANO” in small white font.

There is a secondary band that rests just below the primary band. It is pale yellow with red and brown pinstripe trim on the top and bottom. Prominently displayed on the pale yellow background is the text “Havana Cigar Club” in dark font.

Overall I found the La Aurora Cien Anos Preferidos to have parallels to some of the other sizes of the La Cien Anos series, yet at the same time, it tells its own story.

Going into the last third, the cedar joined the natural tobacco in the forefront. To a lesser extent I could still pick up the black pepper, hay, and chocolate notes.  This is the way the cigar experience finished up. The resulting nub was cool and firm.

Overall I found the La Aurora Cien Anos Preferidos took a relatively straight path. Along the way, the burn line itself had a slight bit of curviness, but this was easily remedied with some touch-ups.  The resulting ash was a salt and pepper color. The ash itself was on the firm side, but there was some occasional flaking along the way. The burn rate and burn temperature were both ideal. 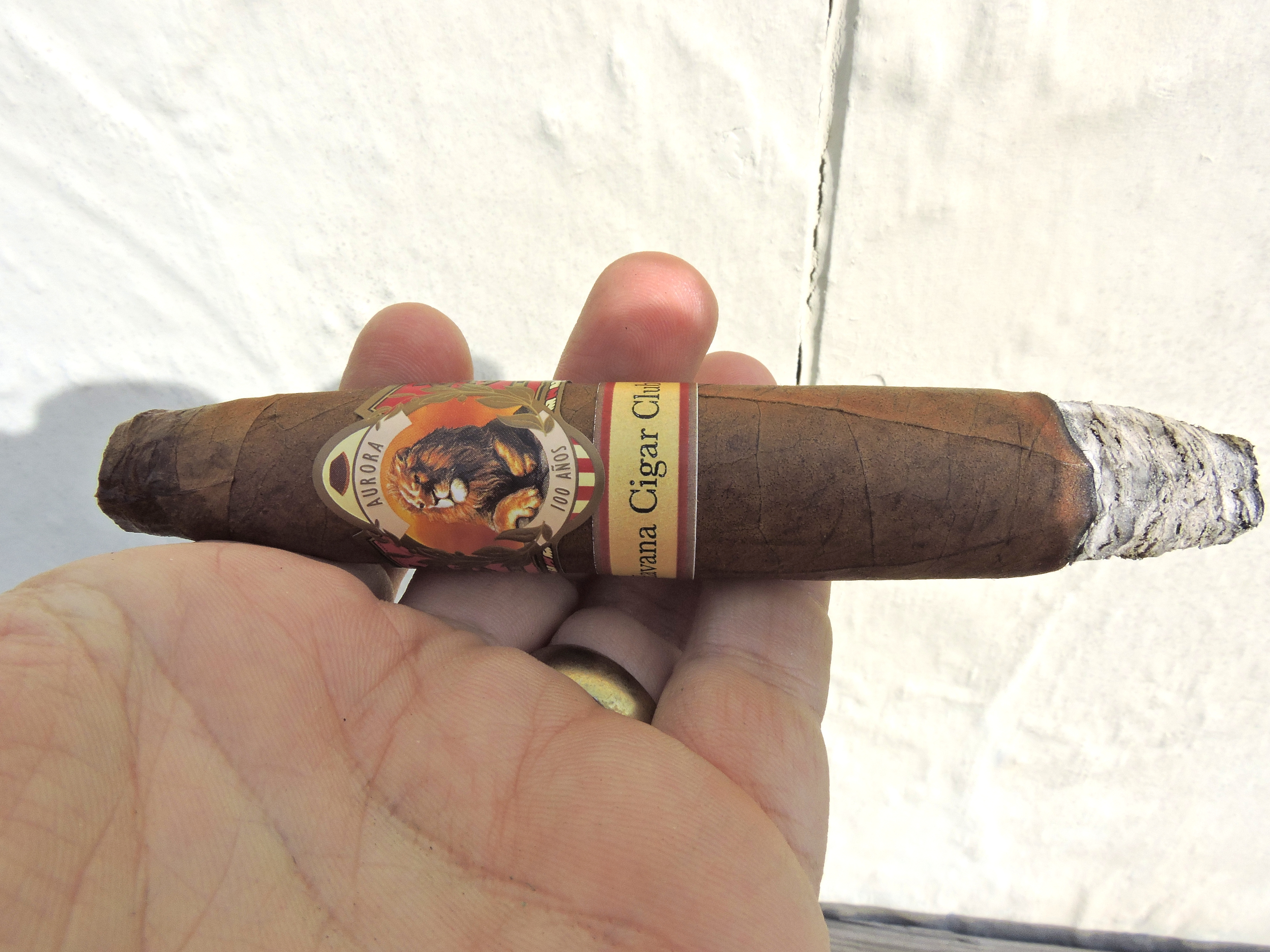 I found the draw to perform very well. There was a slight bit of resistance on the preferidos. I normally prefer a little resistance on a parejo as opposed to a figuardo, but there were no adverse effects with this cigar.  This was relatively a low maintenance cigar to puff on.

The La Aurora Cien Anos Preferidos started out as a medium strength cigar.  I was a little surprised how quickly the strength increased on this cigar.  By the midway point, the strength moved into medium to full range where it remained for the duration of the smoking experience. Meanwhile while the body started out medium, I found it built up at a much slower pace.  I didn’t find the body reached medium to full until the final third.

In terms of strength versus body, I actually gave a slight edge to the strength with this cigar – although I don’t necessarily consider that to be a negative.

With the La Aurora Cien Anos line (Corojo wrapper), there has been one constant I have had. If you are a fan of Dominican tobacco, then you are going to be a fan of this line. In particular, I liked the way this cigar performed in the Preferidos format, so if you are a fan of the Cien Anos, then I believe you are going to really like it in this format. Given this was from the original batch over 11 years ago, I was still amazed how much strength this cigar had. In the end, this is probably a cigar I’d steer to a more seasoned cigar enthusiast. As for myself, the Preferidos format won me over – and the fact it’s a ten count box certainly makes this worthy of a box purchase.