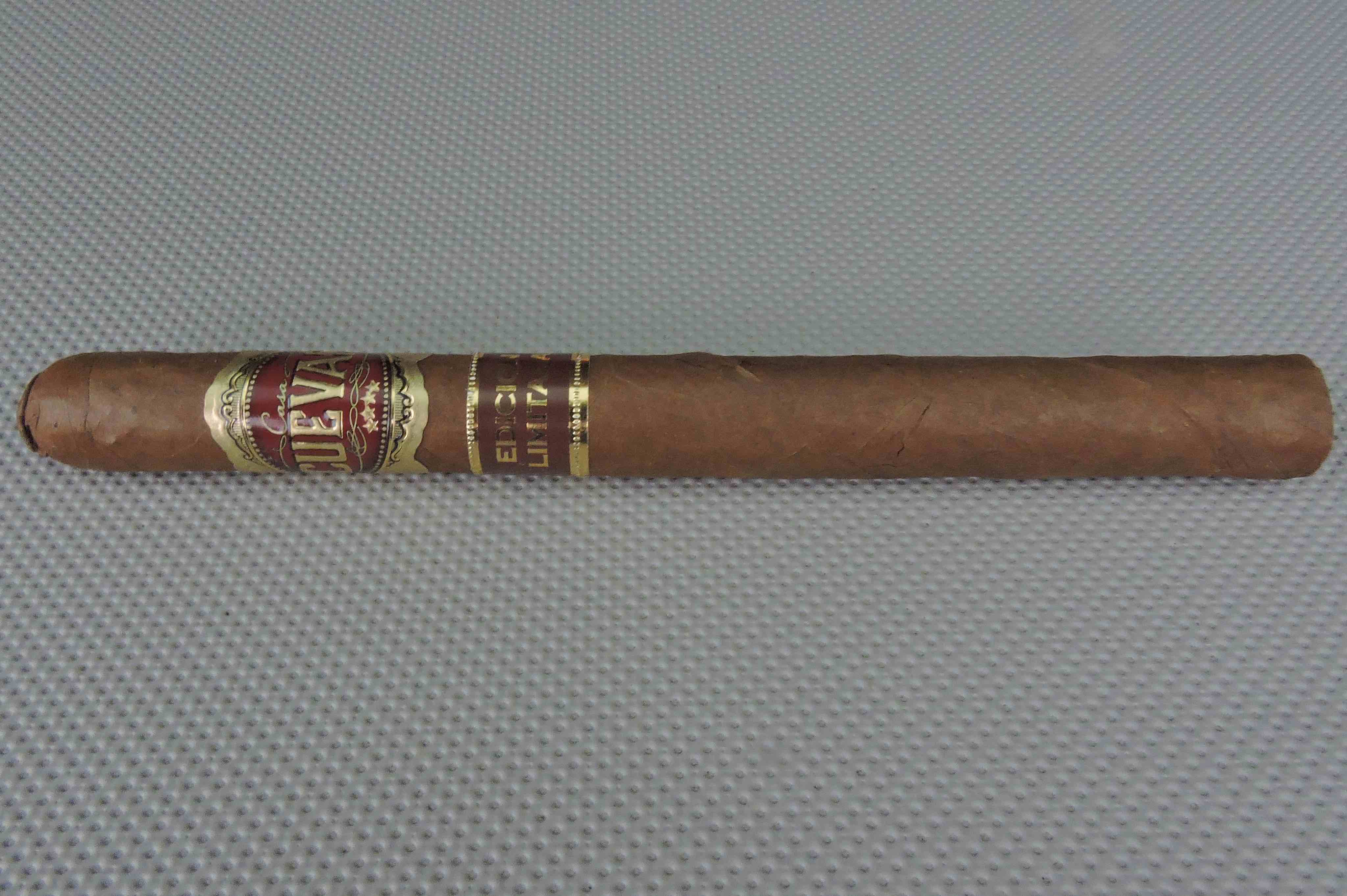 Late in 2016, the owners of Tabacalera Las Lavas S.R.L. decided to introduce their own brand to market known as Casa Cuevas Cigars. Tabacalera Las Lavas is located in the Dominican Republic and is owned by the father and son team of Luis Cuevas Sr. and Luis Cuevas Jr. For many years, the factory has produced cigars for such brands as Gurkha, Toraño, and Leccia Tobacco. Casa Cuevas introduced three core line offerings in 2016: Connecticut, Maduro, and Habano in three vitolas. Last year, Casa Cuevas announced a pair of line extensions to the Maduro and Habano lines with the Clásico Prensado and the Edición Limitada Flaco). The Flaco is a near Cazadores size measuring 7 x 43. Today we take a closer look at one of those offerings – the Casa Cuevas Habano in the Flaco size.

Luis and Luis Jr. are of third and fourth generation Cuban descent. The Cuevas family traces its roots in the cigar industry back to the 19th century. This is when Juan Cuevas settled in the Pinar del Río valley and started cultivating tobacco. Juan’s son Juan Jr. would take over the business from his father, but with the Cuban Revolution, Juan Jr left Cuba for the Dominican Republic. This is where the family has been based ever since.

Now let’s take a closer look the Casa Cuevas Edicíon Limitada Habano Flaco and see what this cigar brings to the table.

The Casa Cuevas Habano consists of a three-country multi-national blend.

There are now five sizes of the Casa Cuevas Habano line. Each is a regular production 20-count box offering, except for the Flaco which is presented in a 10-count box.

The Ecuadorian Habano wrapper of the Casa Cuevas Edicíon Limitada Habano Flaco had a medium brown color with a slight rosado tint. There was a thin coating of oil on the surface of the cigar. The Flaco had somewhat of a bumpy surface with some visible wrapper seams and some thin visible veins present. The cigar was finished with a cinnamon-bun style spiral-cap.

There are two bands on the Casa Cuevas Edicíon Limitada Habano Flaco. The primary band has a dark red and gold color scheme to it. On the front of the band is a large dark red oval with text “CUEVAS” prominently displayed in a large gold font. Just above that text is the text “Casa” in a thin cursive gold font. The remainder of the band features some gold medallions also on a dark red background. The band is finished with a thick gold foil-like trim.

The secondary band of the Casa Cuevas Edicíon Limitada Habano Flaco also has a dark red background with gold trim. On the center on the band is the text “EDiCiON LIMITADA” in gold font.

Instead of pulling off the spiral tail of the Casa Cuevas Edicíon Limitada Habano Flaco, I opted to use a straight cut to remove both the cap and tail at the same time. Once the cap was removed, it was on to the pre-light draw. The dry draw delivered a mix of sweet natural tobacco, fruit, floral, and wood notes. Overall this was an excellent pre-light draw experience. At this point, it was time to light up the Casa Cuevas Edicíon Limitada Habano Flaco and see what the smoking experience would have in store.

The last third of the Casa Cuevas Edicíon Limitada Habano Flaco saw the baker’s spice recede into the background leaving the natural tobacco primary. Meanwhile, there still were notes of black pepper, fruit, and wood in the background. This is the way the cigar experience of the Casa Cuevas Habano Flaco came to a close. The resulting nub was slightly soft to the touch and cool in temperature.

The burn of the Casa Cuevas Edicíon Limitada Habano Flaco performed quite well. The cigar maintained a straight burn path. There was a slight amount of jaggedness from time to time, but this burn was never in danger of meandering. The resulting ash wasn’t overly firm, but it wasn’t loose or flakey either. The burn rate and burn temperature were both ideal. 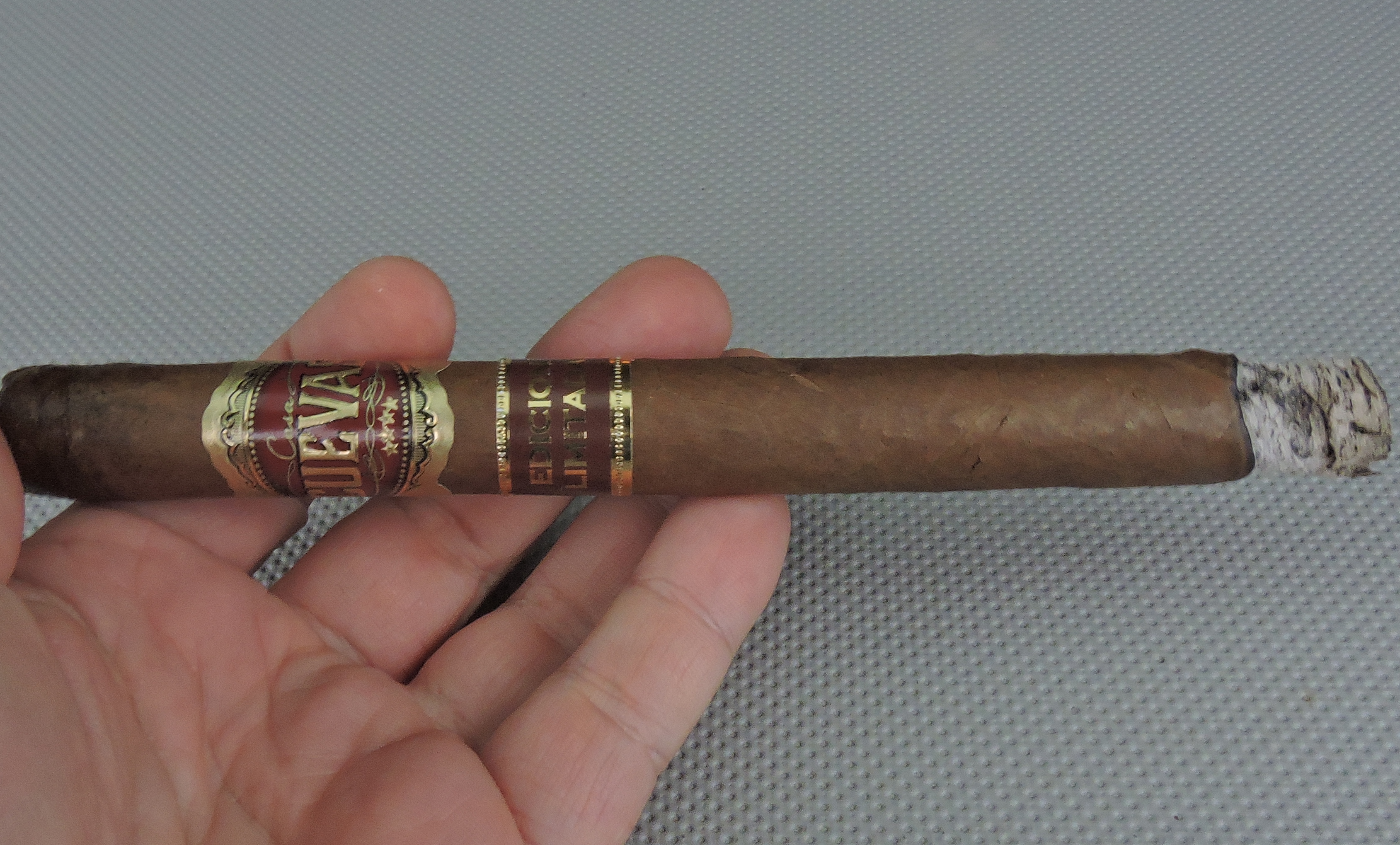 The Casa Cuevas Edicíon Limitada Habano Flaco performed excellently when it came to the draw. This was a draw that had a nice balance of openness and resistance. This made for a low maintenance experience to derive flavor.

When it came to strength versus body, both attributes balanced each other nicely with neither attribute overshadowing the other.

It’s no secret that hard-core cigar enthusiasts will get very excited over a lancero. When it comes to a classic 7 x 38 lancero, I don’t share in that excitement. Often I find the amount of filler is compromised and whatever ratio you get from the wrapper can be negated. Fatten up a lancero to a Cazadores or Lonsdale, and that’s a different story. I love that the Flaco was fattened to a 7 x 43 near-slightly-elongated Cazadores size. To me, it better expressed the blend and balanced out the tobaccos nicely. This cigar executed nicely when it came to flavor, complexity, and construction. This is a cigar that also generated a nice tobacco-like aroma. I would recommend this cigar to an experienced cigar enthusiast, but wouldn’t discourage a novice from trying it. As for myself, this is a cigar I would smoke again – and it should garner box worthy consideration.