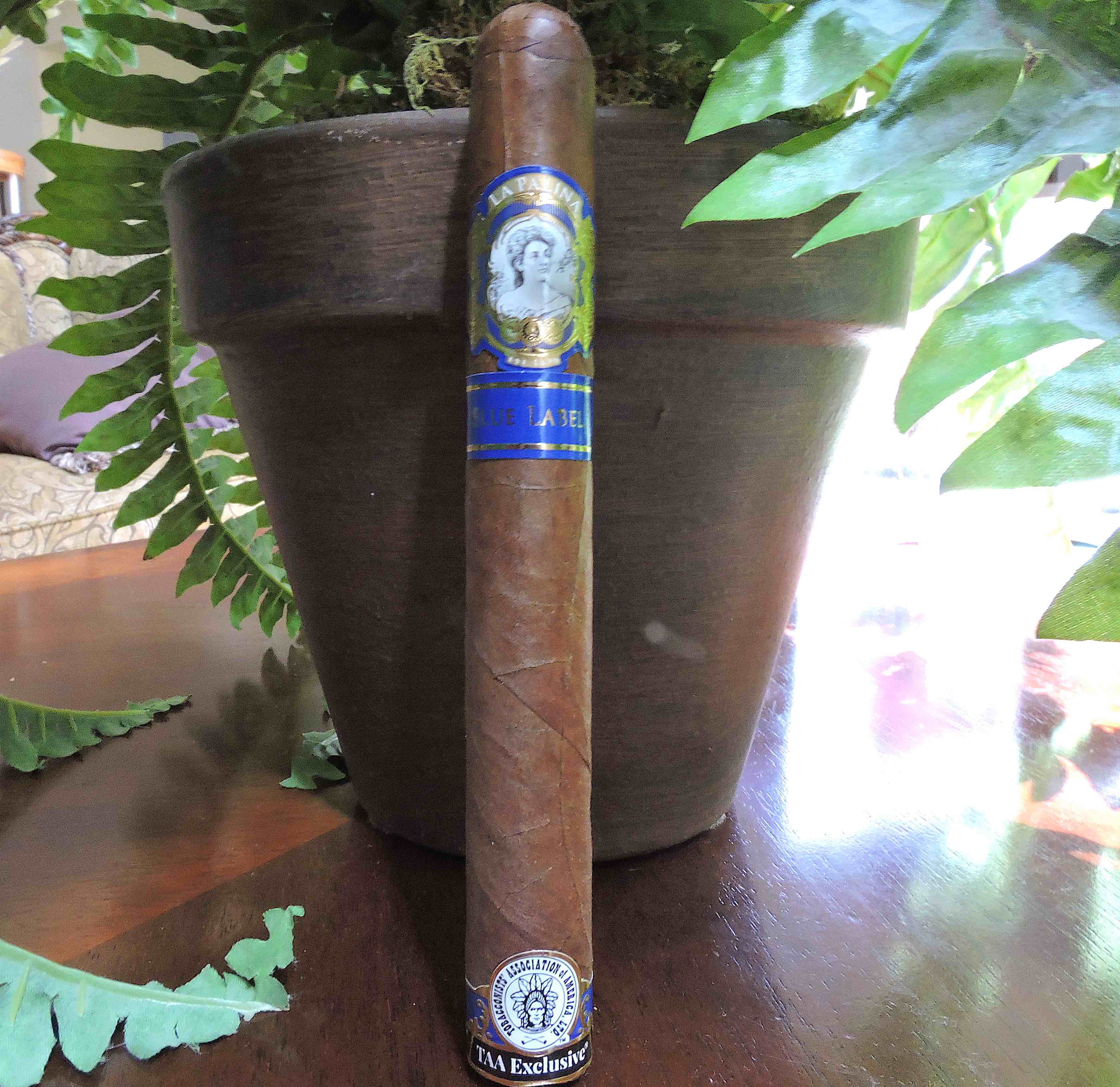 The blend for the La Palina Blue Label features a Habano wrapper over a Honduran binder and a combination of Honduran and Nicaraguan fillers. The new Robusto size measures 6 1/2 x 52 while the Gordo size is a 6 x 60.

At a glance, here is a look at the La Palina Blue Label: