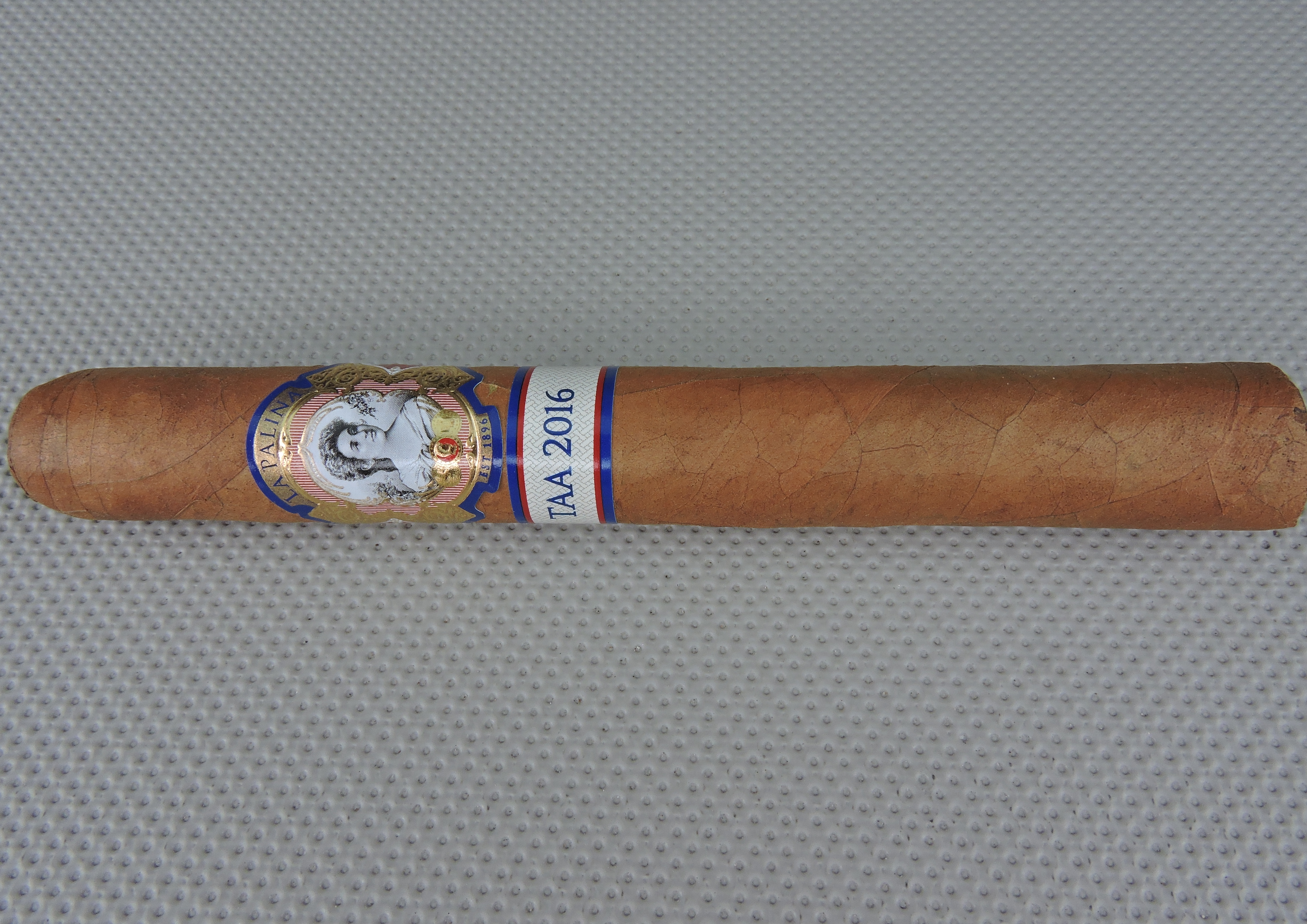 Since he resurrected his grandfather’s brand back in 2010, Bill Paley has taken La Palina Cigars on a steady trajectory of growth. Paley has grown his portfolio with a wide variety of blends partnering with several leading cigar manufacturing factories. In 2016, Paley took the next step for La Palina by having the opportunity to deliver a cigar as a part of the Tobacconists Association of America (TAA)’s 2016 Exclusive Series. These cigars are only available to retailers who are TAA members. For this release, Paley would turn to El Titan de Bronze, a factory he has been working with for many of his lines. The result would be the La Palina Bill’s Blend TAA Exclusive 2016. Bill’s Blend is said to have been Paley’s private blend. Today, we take a closer look at this cigar.

At the time of this assessment, details of the 2017 TAA Exclusive Series Cigars have started to come out – and La Palina is once again a part of the series. With the 2017 TAA installment from La Palina, the company is delivering the La Palina Bronze Label – a cigar being produced at Rocky Patel’s El Paraiso in Honduras.

Without further ado, let’s break down the La Palina Bill’s Blend TAA Exclusive 2016 and see what his cigar brings to the table:

The Ecuadorian Habano wrapper of Bill’s Blend has a butterscotch-like color with a touch of rosado mixed in. There is a light coating of oil on the surface of the wrapper. While there were some visible veins and thin wrapper seams, this was a wrapper to be on the smooth side.

There are two bands on the La Palina Bill’s Blend TAA Exclusive 2016. The primary band is a variation of the classic La Palina band found on several other La Palina lines. The band features the black and white image of Goldie Paley on the front and center on the band. The image is surrounded by a red and white pinstripe frame and some gold adornments. The upper part of the band has the text “LA PALINA” in a thin blue font on a gold background. Below the image is the text “EST 1896” in a smaller blue font that is also on a gold background. There are also three medallions just below the image – two are gold and one is gold and red. The sides of the band have two thick white stripes with a red stripe in-between. On the red stripe are a stream of fleur-de-lis images. Finally, the edges of the band are finished with blue trim.

There is a secondary band resting just below the primary band. It has a white and gray patterned background with the text “TAA 2016” in blue font resting on it. The band is finished with a red and blue pinstripe across the top and bottom.

As I normally do, I went with my usual choice of a straight cut to remove the cap of the La Palina Bill’s Blend TAA Exclusive 2016. After successfully clipping the cap, I moved on to the pre-light draw experience. The dry draw delivered a mix of wood, cream, and a slight natural tobacco sweetness. Overall I found the pre-light draw of this cigar to be satisfactory. At this point, I was ready to light up Bill’s Blend and see what the smoking experience would bring to the table.

The start to the La Palina Bill’s Blend TAA Exclusive 2016 delivered a mix of cedar, cream, fruit sweetness, and a slight floral note. Early on, the cedar notes became primary with the other notes moving into the background. As Bill’s Blend moved though the first third, the cedar remained primary with the fruit sweetness a close secondary note. From time to time, the cream notes also popped into the forefront. Meanwhile the retro-hale produced a layer of cedar, wood, and some black pepper mixed in.

The second third saw the cedar notes remain primary. The fruit sweetness and cream both diminished further into the background. I also now began to pick up some white pepper on the tongue. As the cigar progressed through this segment of the smoke, the pepper began increase. Meanwhile, I still picked up a slight floral note in the background.

By the last third of Bill’s Blend, the pepper had made its way to the forefront joining the cedar notes. While these two notes put spices front and center, these spices never became overpowering. There still were some subtle notes of cream, fruit, and floral in the background. This is the way the smoking experience of Bill’s Blend came to a close. The resulting nub was soft to touch and cool in temperature.

Overall I found the burn of Bill’s Blend to perform well. The cigar maintained a straight burn path from start to finish. There was some jaggedness on the actual burn line, but this was remedied with some touch-ups. Bill’s Blend is a cigar that didn’t require an excessive amount of touch-ups, nor was it a cigar in danger of tunneling or canoeing. The resulting ash was quite firm with a silver-gray color. The burn rate was ideal. There were a couple of times on each of the samples I smoked where I found Bill’s Blend to burn a little cool in the center. 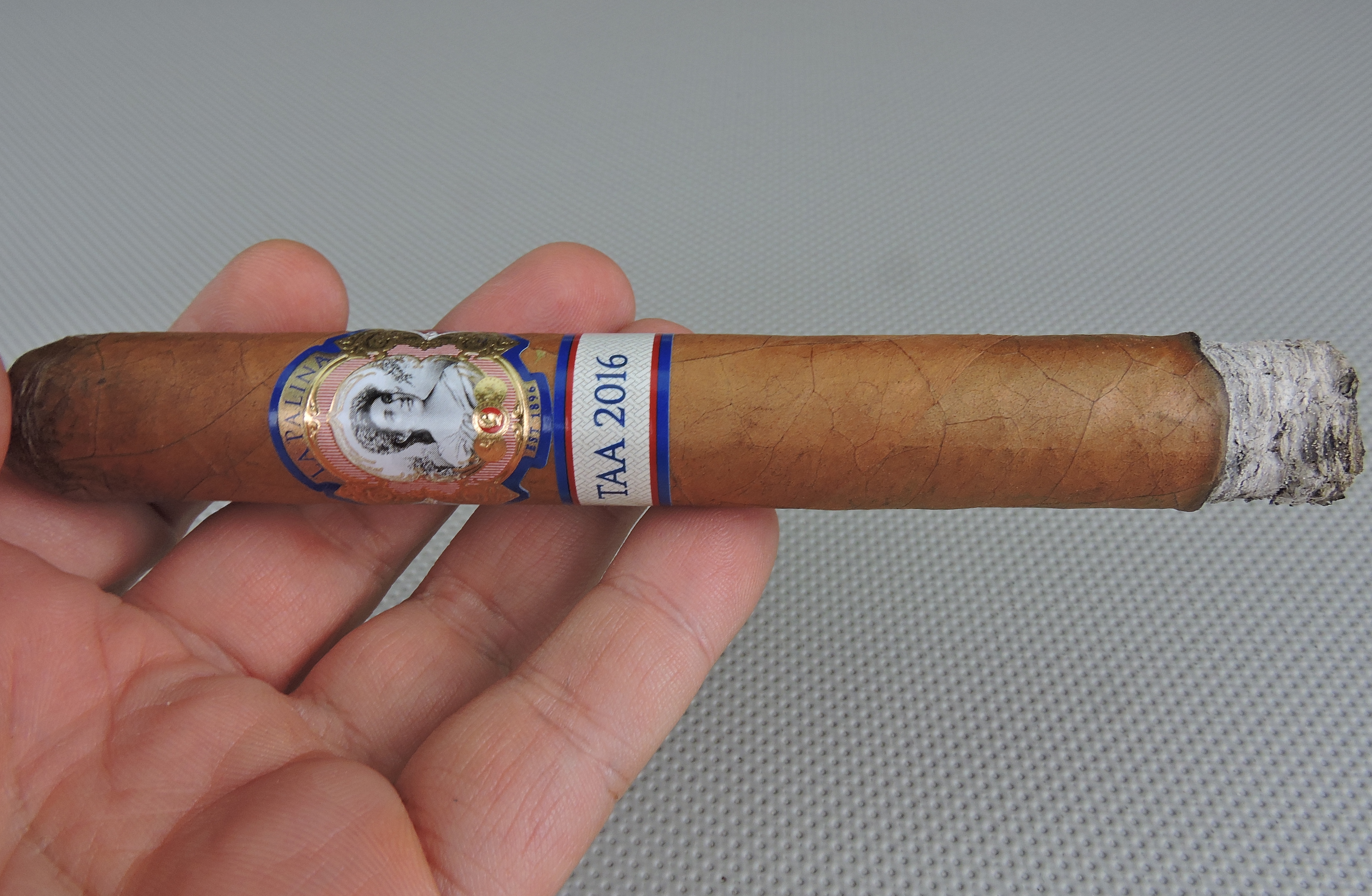 The draw to Bill’s Blend was open. While it wasn’t a loose draw, it was slightly looser than I prefer. At the same time, this cigar delivered an abundant layer of smoke.

My experience with the La Palina Bill’s Blend TAA Exclusive 2016 mirrors my experience with many other TAA Exclusive Cigars I have smoked over the past three years. It’s a good cigar, but not a great one. As I have said, I feel TAA releases should be (and at one time were) the best of the best, but this has not been the case in recent years. Yes, I have a higher expectation when it comes to these releases.

While this cigar does score slightly lower than most La Palinas, my high expectations for a TAA comments did not factor into overall score. There was just something that was missing from this cigar – especially when compared to some epic releases La Palina has coming out of El Titan de Bronze such as the Goldie, Mr. Sam, and La Palina Family Series Miami. It’s a cigar that I still would encourage one to try and see what you think.