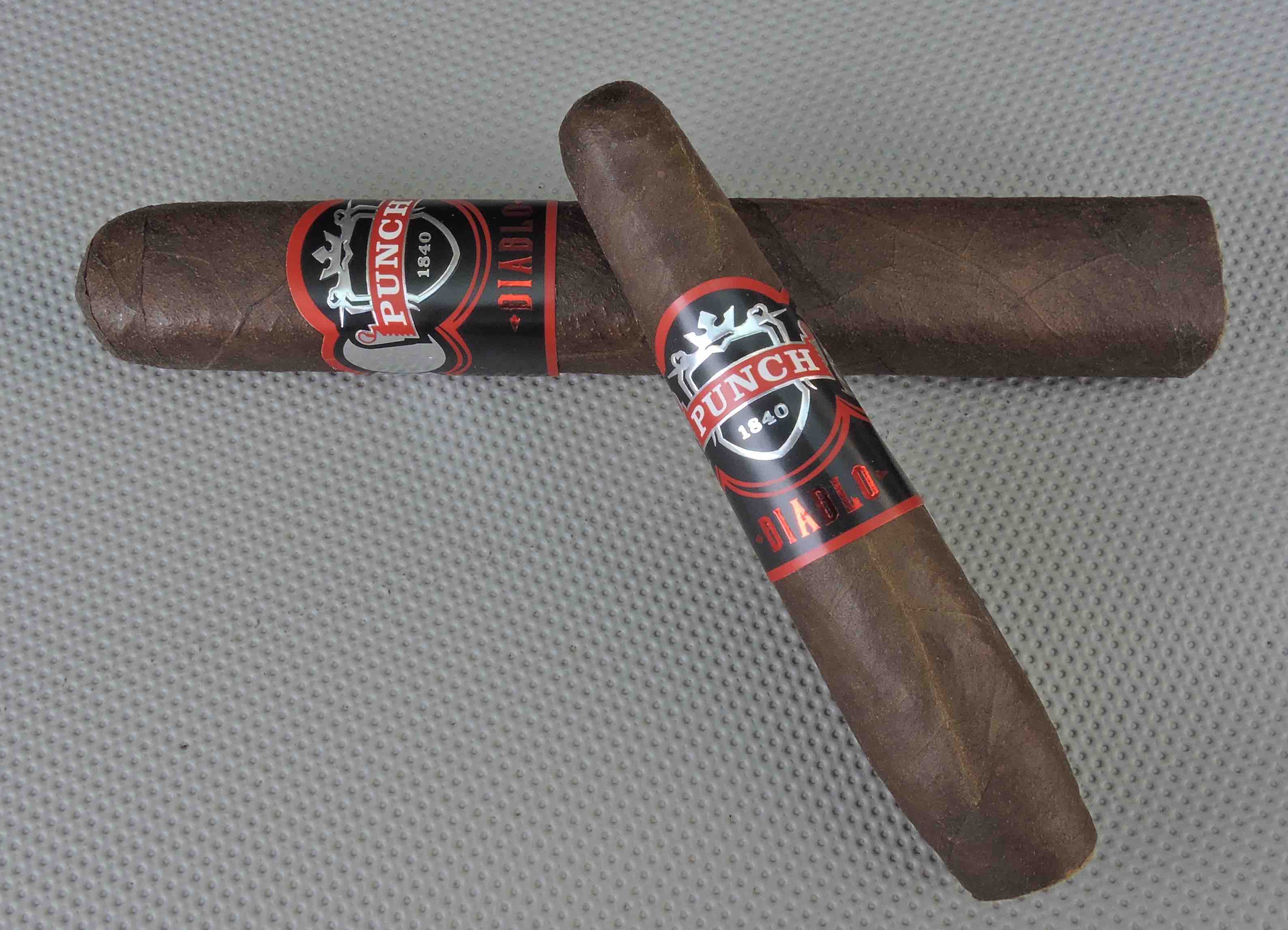 This month, General Cigar will introduce new line extensions to Punch Diablo, the line done in collaboration with AJ Fernandez.

The first is the 4 1/2 x 60 Stump. It’s a figurado that resembles a bowling pin shape similar to what was released in the Punch Champion line. The second is a beefy 6 1/2 x 66 box-pressed cigar known as El Diablo, a size seen in the Punch Rare Corojo line. Pricing for the Punch Diablo Stump is set at $7.49 SRP with the El Diablo is priced at $8.99 SRP. While the Punch Diablo is normally presented in 25-count boxes, the one exception is the El Diablo which will be presented in 20-count boxes.

Punch Diablo consists of an Ecuadorian Sumatra Oscuro wrapper over a Connecticut Broadleaf wrapper and a combination of Nicaraguan and Honduran fillers. Production comes out of AJ Fernandez’s Tabacalera Fernandez in Estelí, Nicaragua – marking the first time Punch has made a cigar outside of Honduras.

The Punch Diablo made its debut at the 2018 IPCPR Trade Show. It was intended to be a bolder offering under the Punch brand.

At a glance, here is a look at the Punch Diablo: