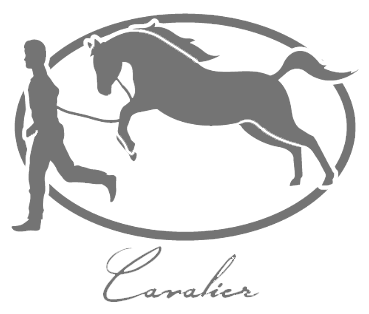 At this year’s 2019 IPCPR, Cavalier Genève will release two limited production sizes of its white label in the form of a Salomones and a Lancero offering.

THe Cavalier Genève White Series Salomones measures 7 x 50 x 58. It is a size that has been released as a regular production cigar in the past, but has been out of the U.S. market for over a year. The cigar returns and will now be released in limited small batch qualities. It will be packaged in ten-count boxes with pricing around $12.00. 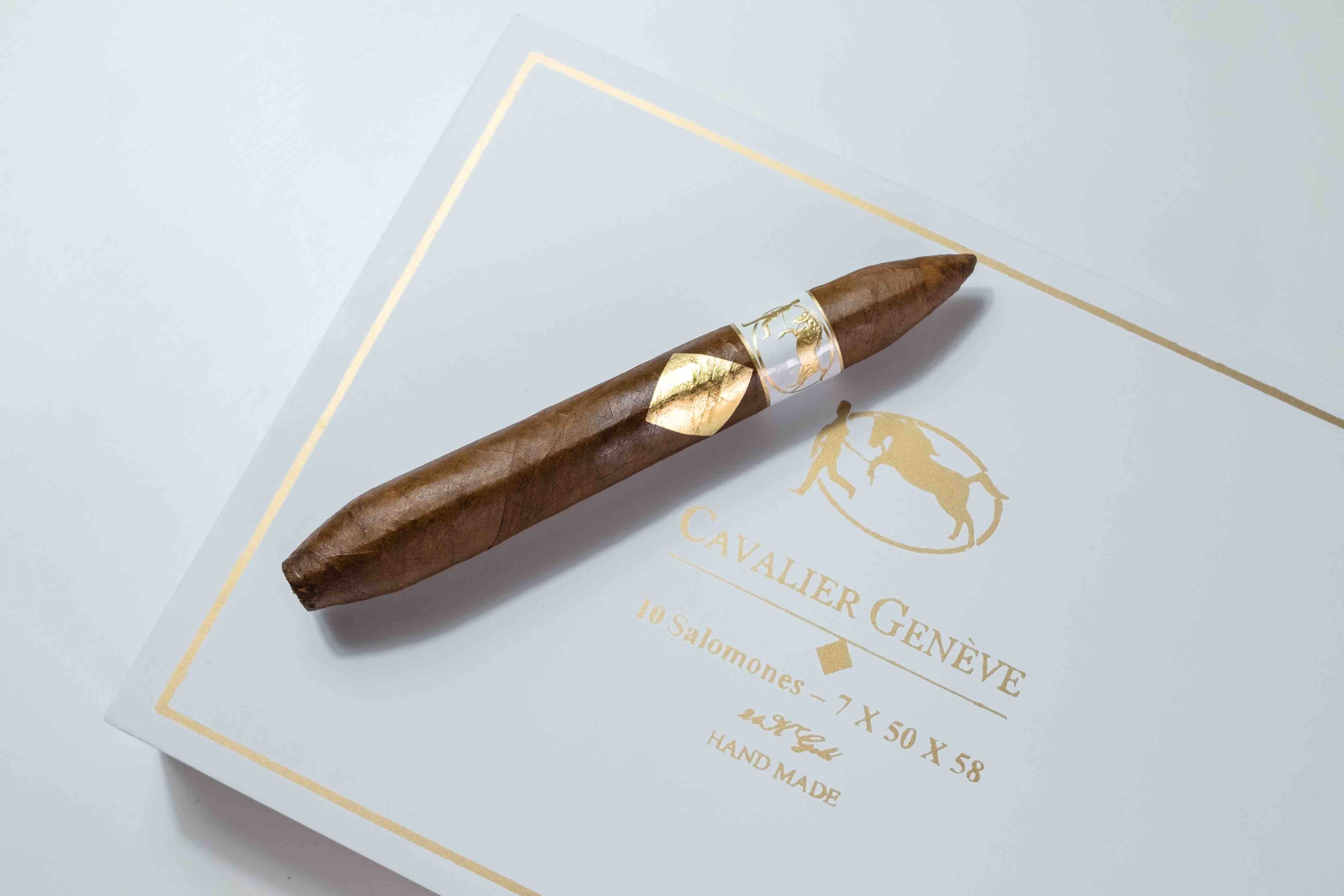 Also to be added to limited production is the Cavalier Genève White Series Lancero. This is a classic 7 x 38 offering and will be packaged in 20-count boxes. Pricing is set at $9.00 per cigar.

The Cavalier Genève White Series features a Habano wrapper over a Connecticut Shade binder and a combination of Dominican, Nicaraguan and Paraguayan fillers. 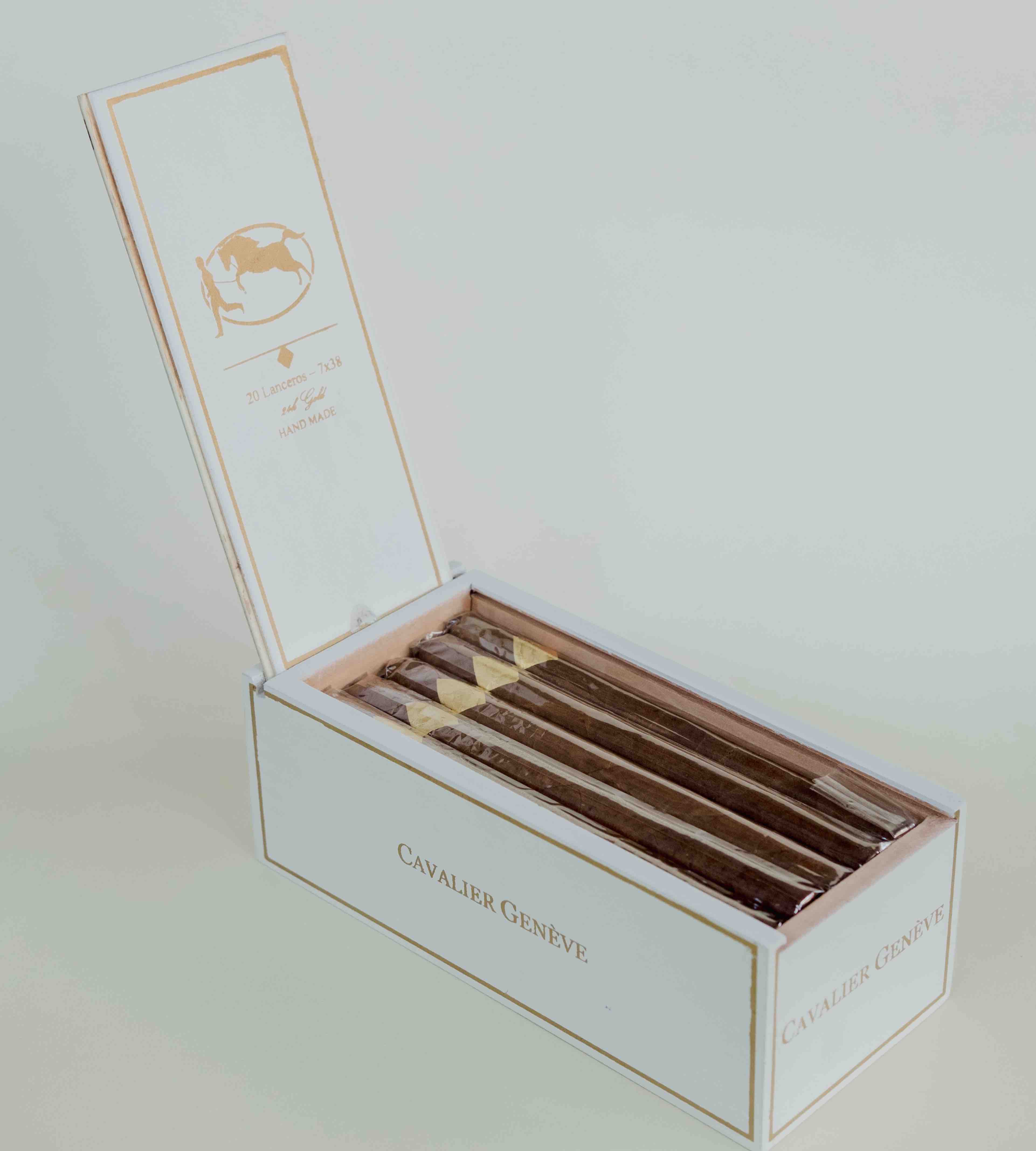 The Cavalier Genève White Series features a Habano wrapper over a Connecticut Shade binder and a combination of Dominican, Nicaraguan and Paraguayan fillers. The cigars contain the brand’s signature smokeable 24K gold leaf diamond on the wrapper.

According to Cavalier Genève, the limited production sizes will only be available to accounts carrying core line products from Cavalier Genève cigars in the United States. Plans are for the cigars to be released up to twice a year in limited amounts. Cavalier Genève says it will take pre-order any time during the year for the limited sizes.