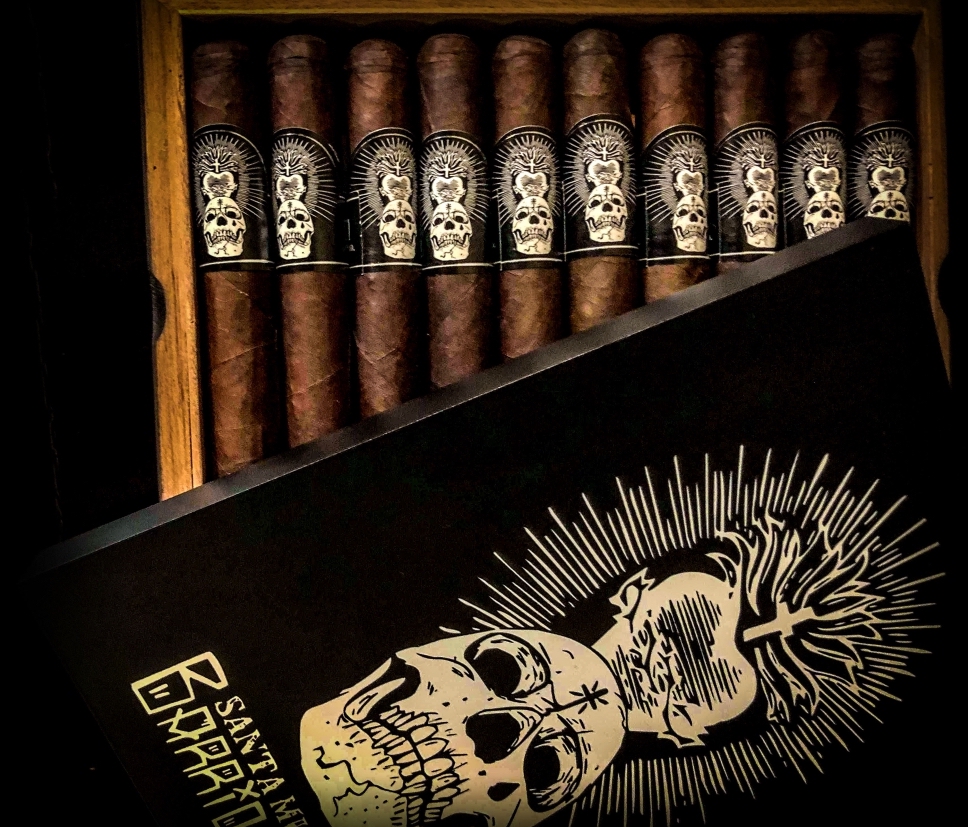 Black Label Trading Company has announced the release of the Santa Muerte Barrio Santo. This is an event-only cigar that was first showcased at the 2019 IPCPR Trade Show.

Barrio Santa features an Ecuadorian Maduro wrapper over an Ecuadorian Habano wrapper and fillers from Nicaragua, the Dominican Republic, and Mexico. The cigar is available in one size – a 5 1/2 x 48 vitola packaged in 20-count boxes. Pricing is set at $10.00 per cigar.

“These cigars will be released as event only in limited quantities. It is a unique version of the original Santa Muerte blend with a maduro wrapper. I wanted something special for our retailers who host BLTC events and this cigar is exactly that,” said James Brown, creator of BLTC and owner at Fabrica Oveja Negra in a press release.

At a glance, here is a look at the Santa Muerte Barrio Santo: