Cigar News: Davidoff Kizuna Slated to be Next Vault Release 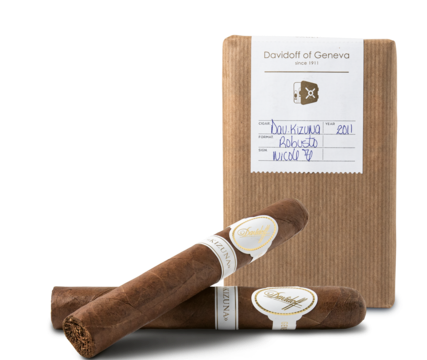 Later today, Davidoff will release its latest installment in the Davidoff Vault Series, the Davidoff Kizuna. The Kizuna was originally released in Japan where it was created for a charity event in support of an earthquake that had hit the country.

The cigar itself features an Ecuadorian Habano wrapper over Dominican binder and filler. it comes in one size – a 5 1/2 x 48 Robusto. The cigar is sold in ten-count packs priced $300.00 per pack. Like all Davidoff Vault releases, this is a limited small-batch offering.

At a glance, here is a look at the Davidoff Kizuna: