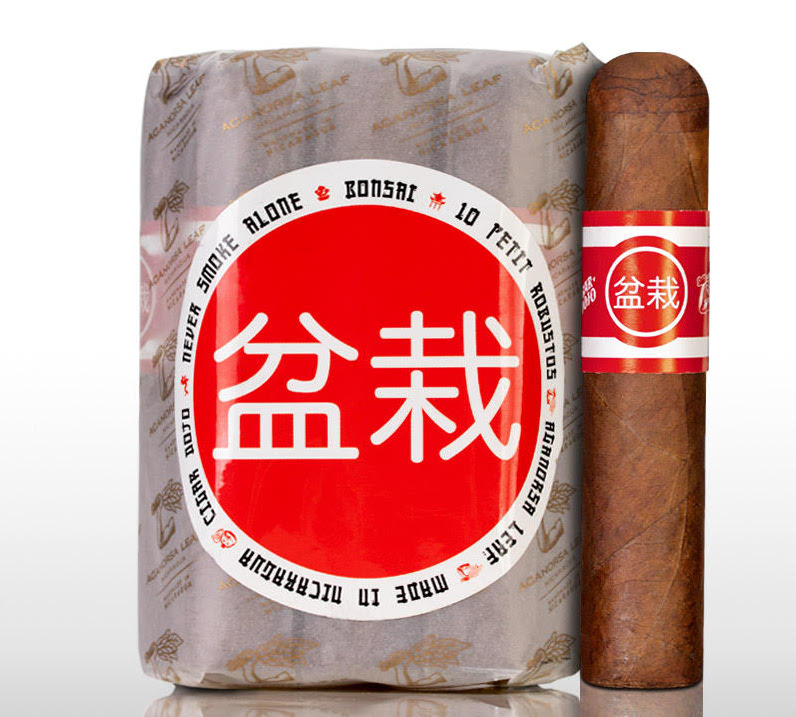 Aganorsa Leaf is releasing its second collaboration in conjunction with Cigar Dojo, the Aganorsa Leaf Bonsai.

The Aganorsa Leaf Bonsai draws inspiration from the famed Japanese cultivation technique to produce small trees. The cigar itself is one of the smallest to be released as a Cigar Dojo collaboration measuring 4 x 50. It consists of 100% Aganorsa-grown tobaccos featuring a Corojo ’99 wrapper from Jalapa, a Corojo ’99 binder from Estelí, and a combination of Criollo ’98 and Corojo ’99 fillers from both Jalapa and Estelí. The cigars are bundled in a ten-count wheel and packaged in rice paper.

A total of 350 bundles have been produced. Fifty bundles will be made available to attendees of the Rocky Mountain Cigar Festival and the remaining 300 will be sold through Payless Cigars & Pipes. Pricing is set at $5.50 per cigar or $55.50 per bundle.

At a glance, here is a look at the Aganorsa Leaf Bonsai