Agile Cigar Reviews are cigar assessments where we use a lightweight, shorter format. These will never take the place of our comprehensive reviews. They are only used on blends we have previously assessed. This might be a blend we are rescoring or giving a score for the first time. It might be a blend we are looking at in a different size. Today we look at the La Palina Bronze Label Toro. This is a cigar we have assessed before – most recently in April 2018. 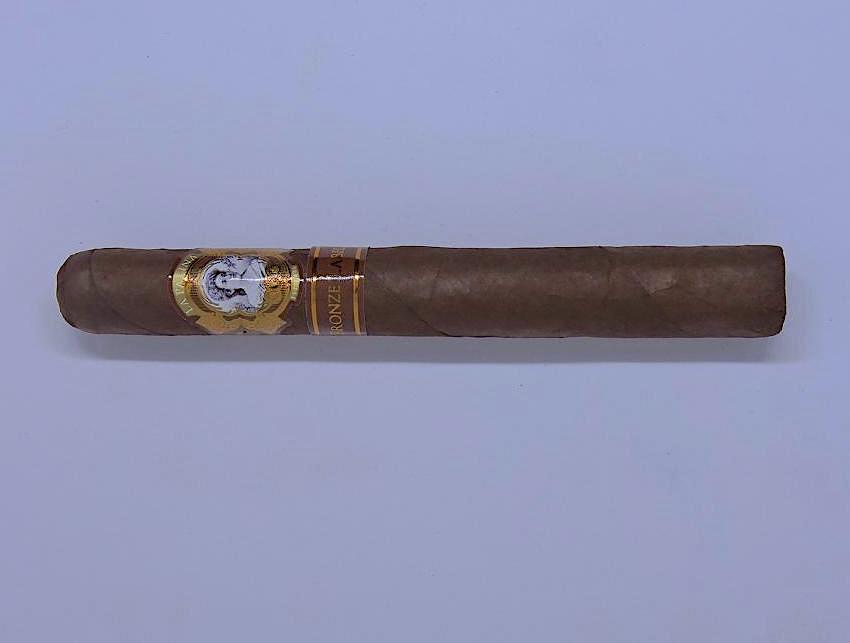 In 2017, La Palina released its second cigar as a Tobacconist Association of America (TAA) Exclusive cigar named the La Palina Bronze Label Toro. For the past four years La Palina has taken a strategy of releasing a cigar to the TAA as part of its annual exclusive series, then the following year taking it into regular production. The La Palina Bronze Label is no exception as it became a regular production offering in 2018 and since has expanded to include not only a Toro (6 1/2 x 50), but include three other sizes:  Robusto (5 1/2 x 50), Gordo (6 x 60), and Bullet (4 x 54). Today we take a closer look at the La Palina Bronze Label in the Toro size. While the previous version we assessed was the one packaged for the TAA, today we take a look at the one that was packaged for regular production. The cigars assessed are ones that have been aging about 18 months in the Cigar Coop humidor.

The Bronze Series was part of five “color” lines released by La Palina over the past five years. These have been different blends and have come out of different factories.

The La Palina Bronze Label comes of out the El Paraiso factory in Danlí, Honduras. This is the same factory owned by the Plasencias that Rocky Patel Premium Cigars uses. The blend is a Honduran-forward blending consisting of a Honduran Habano wrapper, and Honduran tobaccos for the binder and filler. The filler also contains Nicaraguan tobacco. This is the exact same blend as the release that was done for the TAA Exclusive Series.  The Toro size is a 6 1/2 x 50 vitola.

La Palina Bronze Label Toro is a cigar that delivered medium-bodied flavors countered by medium strength. There was an increase in strength and body along the way, but in the end, the cigar remained in the medium range of the spectrum for both attributes. In particular, there was less intensity in the strength and body with the aged cigar.

The La Palina Bronze Label Toro is a very nice release by La Palina. Like when I first smoked this cigar, I particularly liked the emergence of some of the savory flavors this cigar produced. The one difference this time is I did find the cigar went a little flat in the last third. I’ll infer this might be due to some of the aging on this cigar. Still, this is a cigar I would recommend to either a novice or experienced cigar enthusiast. I’d still recommend this as a cigar to buy, but I would recommend smoking it sooner rather than later.