Agile Cigar Reviews are cigar assessments where we use a lightweight, shorter format. These will never take the place of our comprehensive reviews. They are only used on blends we have previously assessed. This might be a blend we are rescoring or giving a score for the first time. It might be a blend we are looking at in a different size. Today we look at the Villiger La Vencedora Churchill. This is a cigar line we previously assessed back in February 2018 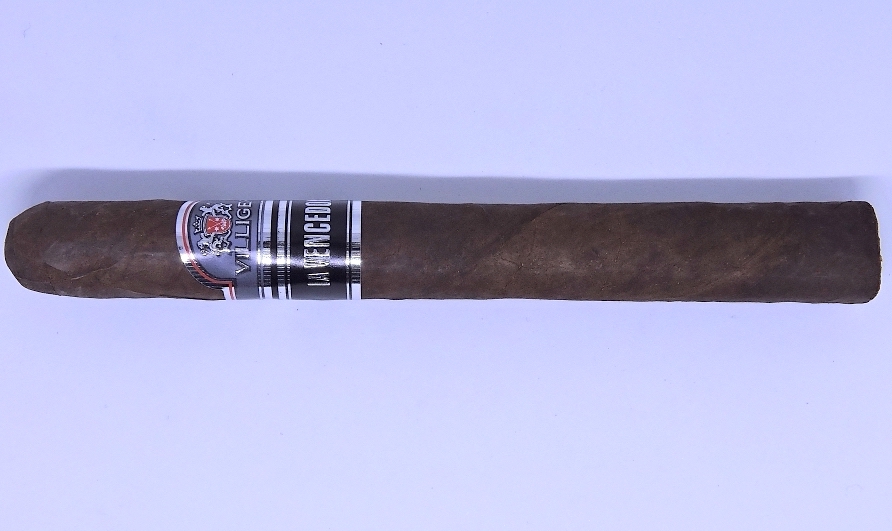 In 2018, Villiger Cigars would release its La Vencedora line. It’s a cigar that was very different than anything Villiger had released before. One thing that many would say Villiger did not have in its portfolio was a bold, full-bodied cigar. The release of La Vencedora would address that gap. To make this cigar, Villiger would turn to a factory very familiar with delivering cigars in that mold, Fábrica de Tabacos Joya de Nicaragua, S.A. The cigar would garner critical acclaim landing on the Cigar Coop Countdown as the #12 Cigar of the Year with the Churchill size. Today we once again revisit the La Vencedora Churchill.

The name “La Vencedora” translates to “The Victor” – and it paid homage to the highly successful year Villiger Cigars North America had in 2017. While Villiger has been in the U.S. market for many years, 2017 saw the release of a cigar called  La Flor de Ynclan. It gained considerable critical acclaim including landing on the Cigar Aficionado Top 25 and the following year was Prime Time host Aaron Loomis’ Cigar of the Year for 2018. The La Vencedora would be Villiger’s follow-up to La Flor de Ynclan.

As for the blend, the cigar is a Nicaraguan puro highlighted by a Habano Oscuro wrapper. The Churchill size of La Vencedora is a near double corona-size 7 x 50.

The La Vencedora Churchill kicked off with notes of sweet cocoa, cedar, white pepper, citrus, and damp earth. Early on the chocolate notes became primary and at times saw the citrus mixed in. Later in the first third, the cocoa notes are joined by a black coffee note. Sometimes when I get coffee and chocolate notes, the cocoa and coffee notes fuse together creating a mocha note, but with the La Vencedora Churchill, both notes remained distinct. Along the way, the cocoa and coffee alternated in intensity. The notes were rounded off by the pepper and damp earth flavors giving this cigar a unique signature. Along the way, there was an increase in the pepper spice, but it never became overpowering.

The La Vencedora Churchill isn’t the most complex cigar, nor is it the boldest cigar I have had. However, as pointed out when I first assessed this cigar, this is a cigar that excels in the most important category – flavor. In addition, the flavors mesh very well with the strength and body levels of this cigar. I’d still gear this cigar to the more experienced cigar enthusiast, but I’d also recommend this to a novice looking for something in the medium plus range. As for myself, I consider this an excellent cigar. It’s a cigar that is one I can reach for on a regular basis – and it’s worthy of a box purchase.