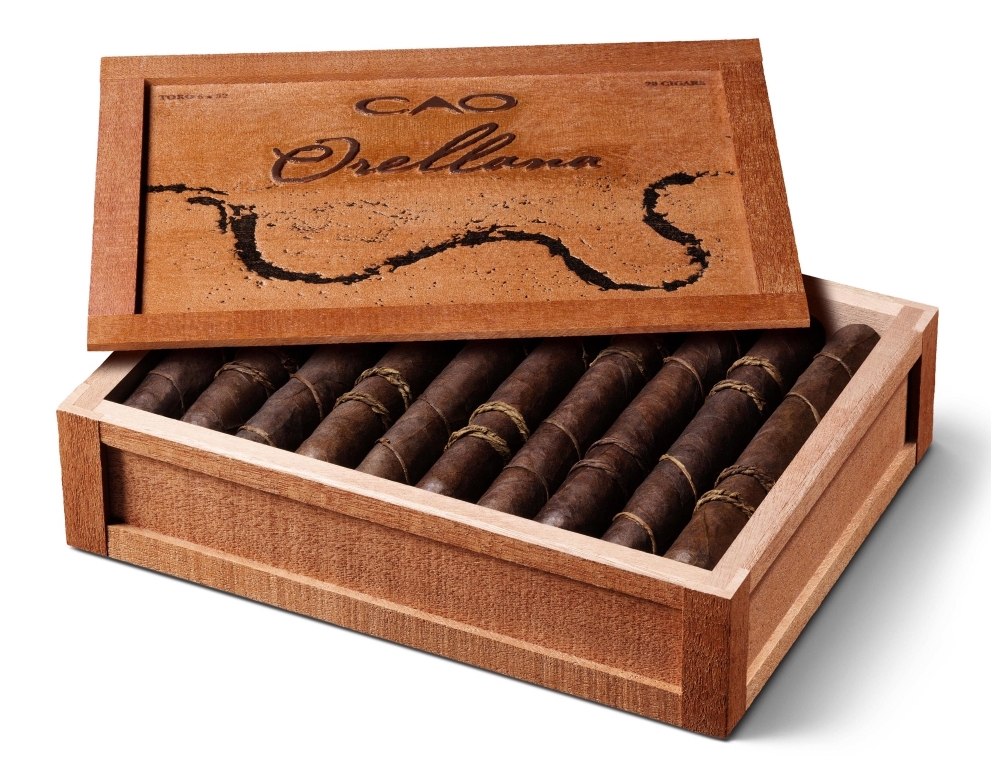 The CAO Orellana, the fourth installment of CAO’s Amazon Series, is now beginning to appear on retail shelves. This was a cigar that was previewed at the 2019 IPCPR Trade Show.

Orellana is named for Francisco de Orellana, the European explorer who was the first the navigate the Amazon River.

The cigar is highlighted by a high priming Brazilian Cubra wrapper, grown in Eastern Brazil’s Bahia region. According to Rick Rodriguez of CAO Cigars, “When I found the bales of Cubra, I knew that I wanted to blend it with some of the tobaccos from the previous Amazon releases. Hands down, Cubra wrapper was one of the best tobaccos I’ve ever used in blending. It has that Havano flavor with a little bit sweetness and it pairs really well with other tobaccos. I think Orellana is going to be a big hit with the fans of CAO.”

The remainder of the blend features a Nicaraguan binder over Colombian, Dominican, and Amazonian Braganca tobacco. The Braganca tobacco is the rare tobacco leaf that is a part of each of previous installments of the Amazon Series.

The cigar is available in a single size – a 6 x 52 Toro and is presented in 20-count boxes. Pricing is set at $10.99 per cigar. Previous installments of the Amazon Series include: CAO Amazon Basin, CAO Fuma em Corda, and CAO Amazon Anaconda. Like the other installments, CAO Orellana is described as limited edition.

For additional information on the CAO Orellana, see our 2019 IPCPR coverage:

At a glance, here is a look at the CAO Orellana: