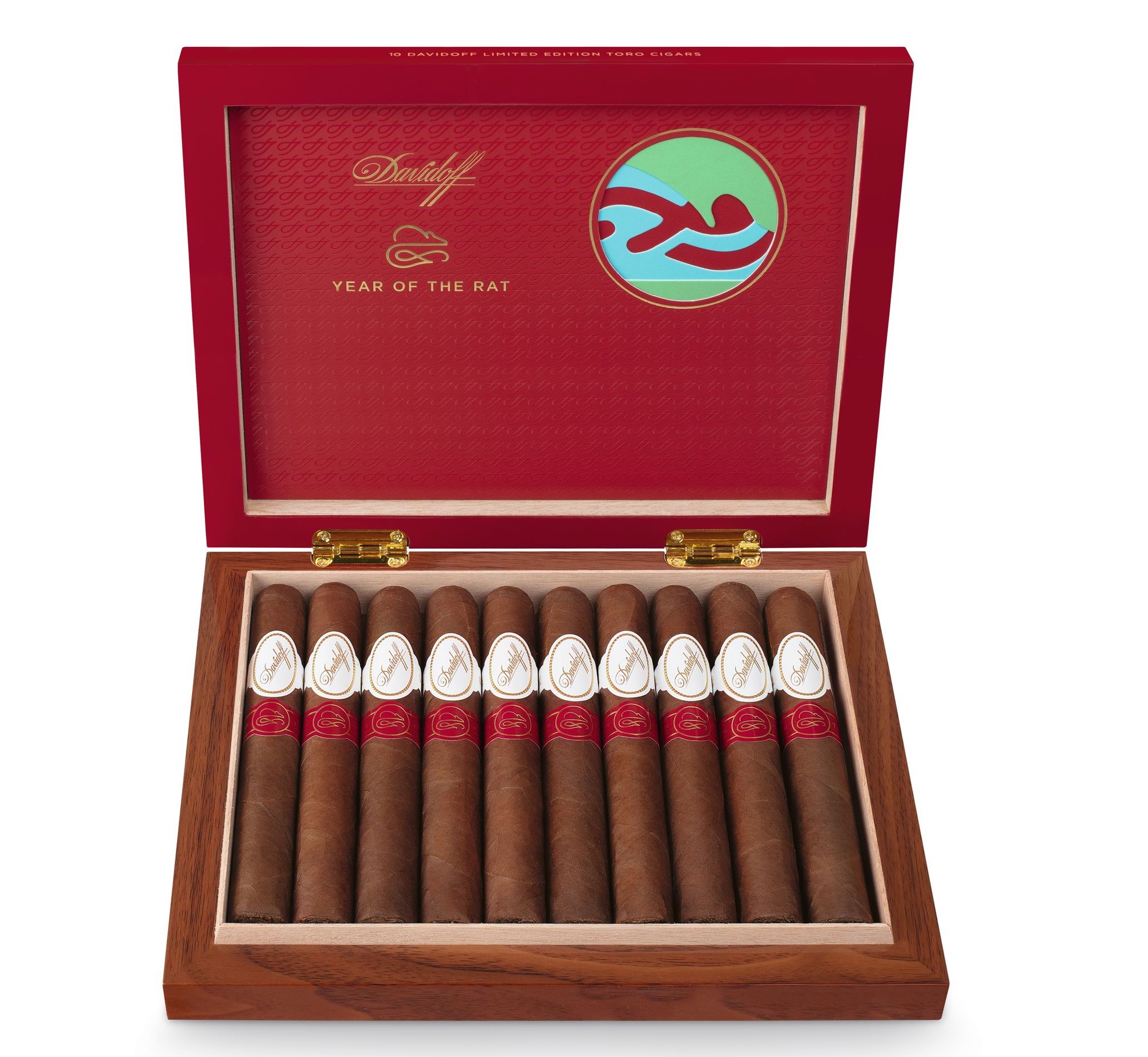 Next month, Davidoff will release the ninth installment of its annual limited edition Chinese Zodiac seres with the Davidoff Year of the Rat. As the name indicates, the cigar pays homage to the year 2020 which is the Year of the Rat on the Chinese calendar.

The Davidoff Year of the Rat features an Ecuadorian Habano wrapper, Nicaraguan binder, and a combination of Nicaragua and Dominican fillers. The cigar is offered in one size – a 6 x 52 Toro presented in ten-count boxes.A total of 10,000 boxes are slated to be released worldwide. Pricing is set at $39.00 SRP

Crafted in Spain, the two-finger case holds two cigars up to a 60 ring gauge and will keep the cigars moist for ten days. A total of 250 units have been produced. 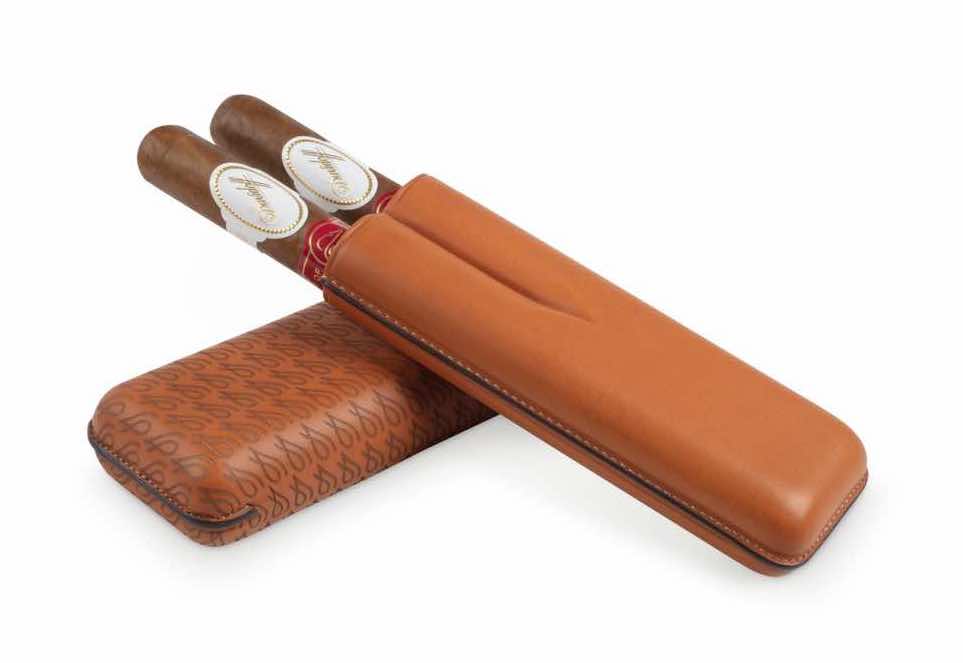 The bent billiard shaped limited edition pipe comes in an elegant black case with a smooth napa leather pouch inside. The 70 numbered pipes contain a draught hole of 9mm are all handcrafted of Italian briar wood. A silver ring connects to the mouthpiece engraved with a Davidoff Year of the Rat pattern. 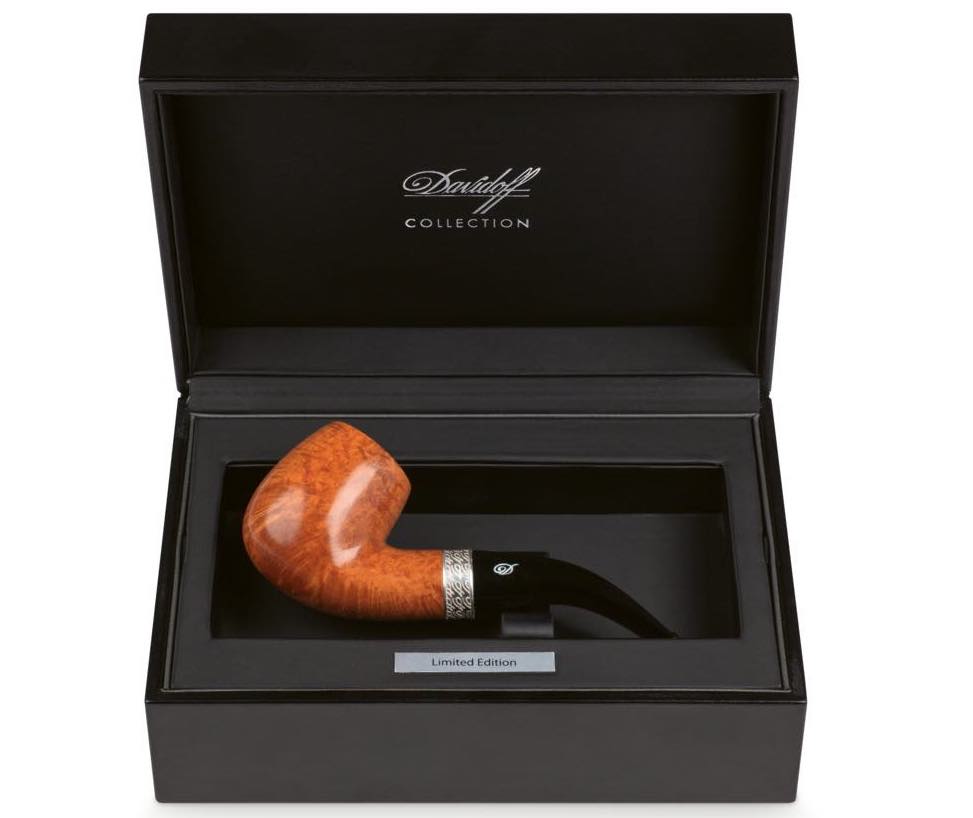 The pipe tobacco is a blend influenced by Asian flavors. It consists of a blend of Black Cavendish and Bride Cut Virginia in combination with Dark Fired Kentucky from Indonesia, rose petals and lychee flavor. A total of 5,000 tins of the Davidoff Year of the Rat pipe tobacco have been produced. 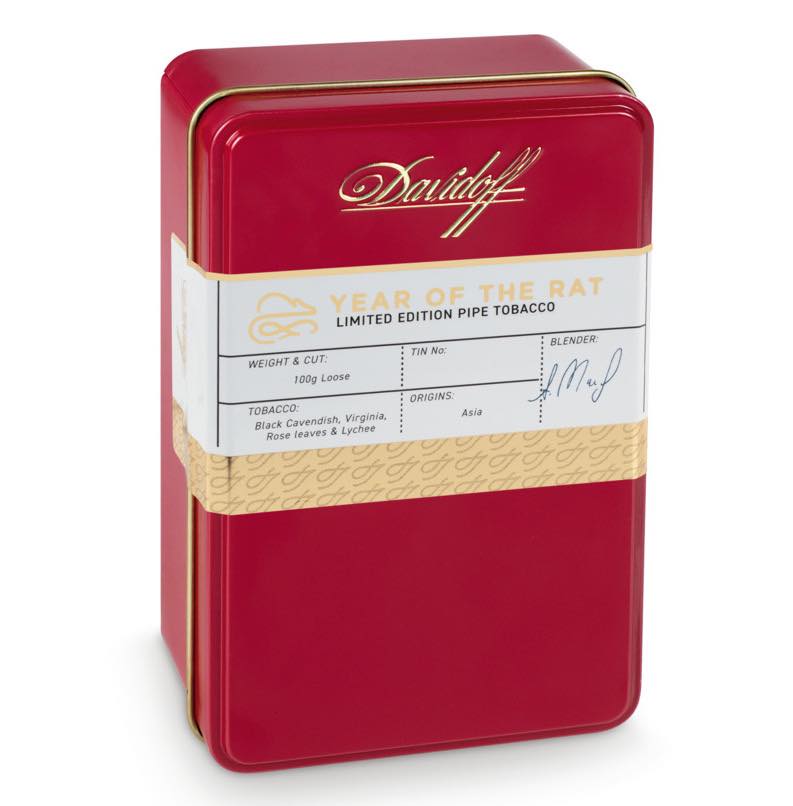 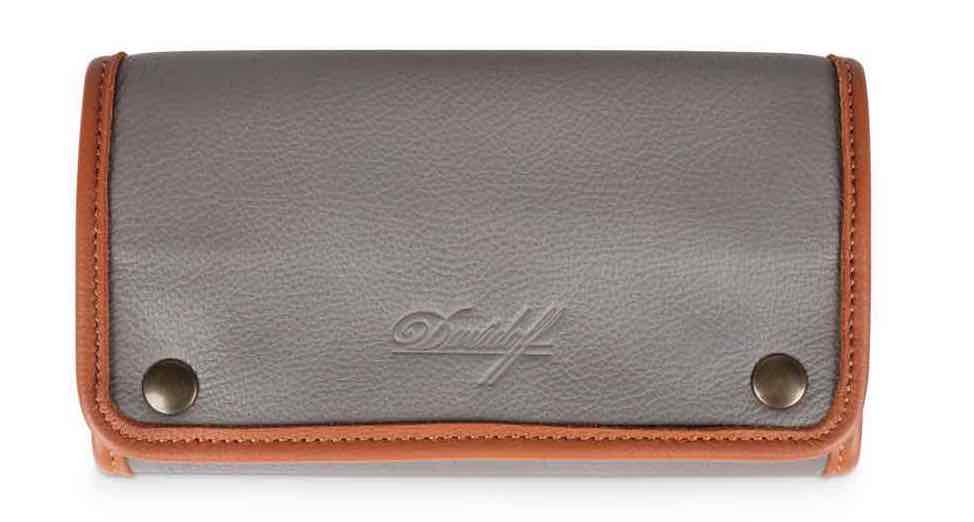 “We are proud to present a limited edition range of an exclusive Davidoff cigar, pipe, pipe tobacco and accessories to celebrate the Chinese New Year. Our Master Blenders and design teams continue to challenge the status quo and have again excelled. From sophistication in taste to creative packaging, we make it our daily mission at Davidoff to surprise and delight Chinese and global aficionados with these exclusive experiences,” commented Edward Simon, Chief Marketing Officer of Oettinger Davidoff AG in a press release.

At a glance, here is a look at the Davidoff Year of the Rat cigar: