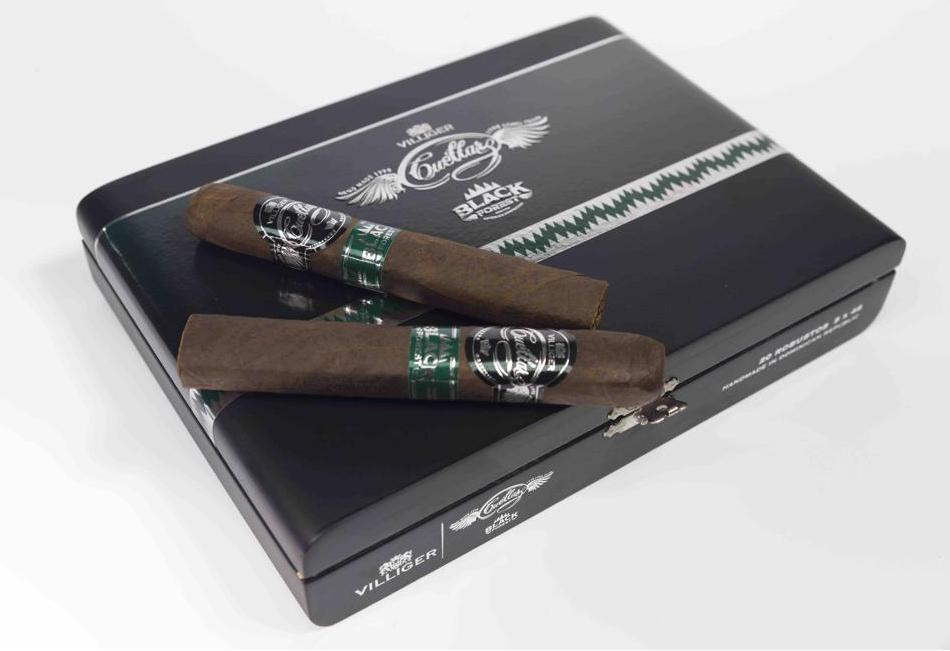 The name of the cigar is inspired by the mystical Black Forest, located on the Southern side of Germany, close to the border of Switzerland where the Villiger headquarters resides. The Black Forest is a hundred-mile stretch home to many large pine trees. These trees are known to block sunlight from reaching the forest ground. This combined with constant fog create an eerie ambiance used in many literary works by German-based authors. The famous Brothers Grimm also based many of their dark fables on the Black Forest.

The Black Forest is also a region near where Villiger Chairman Heinrich Villiger grew up.

The “dark” theme of Germany’s Black Forest carries over into this release with the packaging and the cigar itself. The Cuellar Black Forest features a dark, oily Maduro wrapper over Dominican tobaccos and is available in four sizes – each presented in 20-count boxes. Production is handled at Jochy Blanco’s Tabacalera Palma who also makes the Villiger Cuellar Connecticut Krēmē.

In a press release, Villiger Chairman Heinrich Villiger said:  “We very much look forward to releasing the Villiger Cuellar Black Forest, as it marries Caribbean artisan tobacco craftmanship with German/Swiss folklore, culture, and mysticism. Both our passion for tobacco and the Villiger culture are represented in this cigar.”

At a glance, here is a look at the Villiger Cuellar Black Forest: