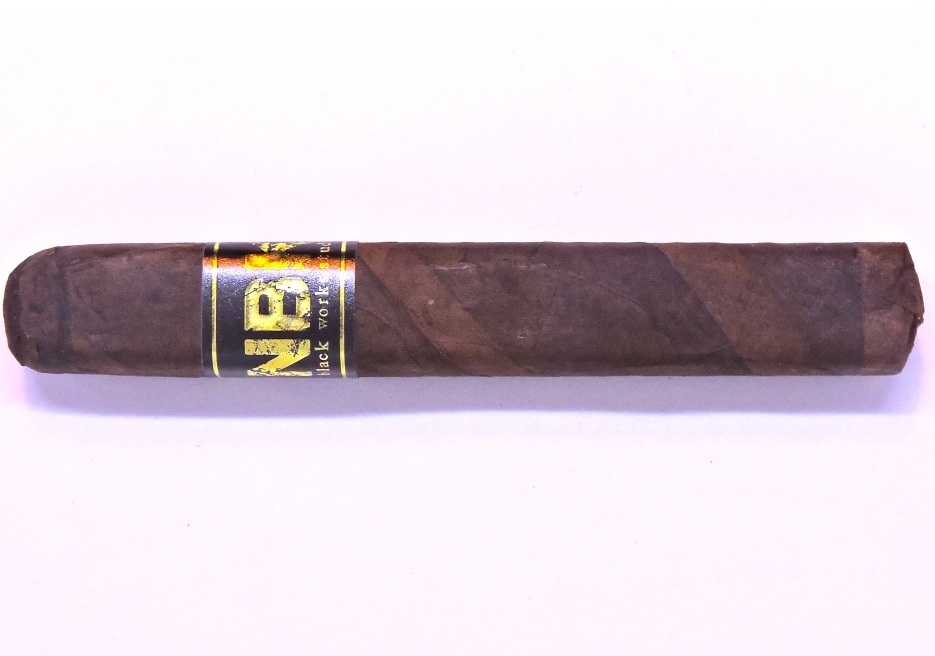 Late in 2015, cigar maker James Brown launched his second brand known as Black Works Studio. One of the first releases under that brand was a box-pressed offering known as NBK (an acronym for Natural Born Killers). At the 2019 IPCPR Trade Show, Brown would introduce an off-shoot of NBK that would be made available at events known as the NBK Lizard King. Lizard King utilizes a barber-pole wrapper over what is described as an amped up blend off the original Black Works Studio NBK. Today we take a a closer look at this cigar.

The lines of Oveja Negra Brands have followed a small batch philosophy in terms of its regular production and limited releases. While the Black Label Trading Company brand followed more of a “skull and bones theme” in terms of its packaging, the Black Works Studio brand has a much more contemporary and modern art look to it. In addition to a contemporary look, the cigars have shown some of the artesian qualities coming out of Brown’s Fabrica Oveja Negra factory. This has been seen in terms of some unique vitola design and incorporating themes such as barber-pole wrappers. A good example of this has been on the regular Killer Bee line which has seen offshoots such as the Green Hornet, Kato, and Killer Bee Connecticut lines.

Without further ado, let’s break down the Black Works Studio NBK Lizard King and see what this cigar brings to the table.

The Black Works Studio NBK Lizard King is offered in one size – a 5 x 50 box-pressed Robusto. The cigar is presented in 20-count boxes. 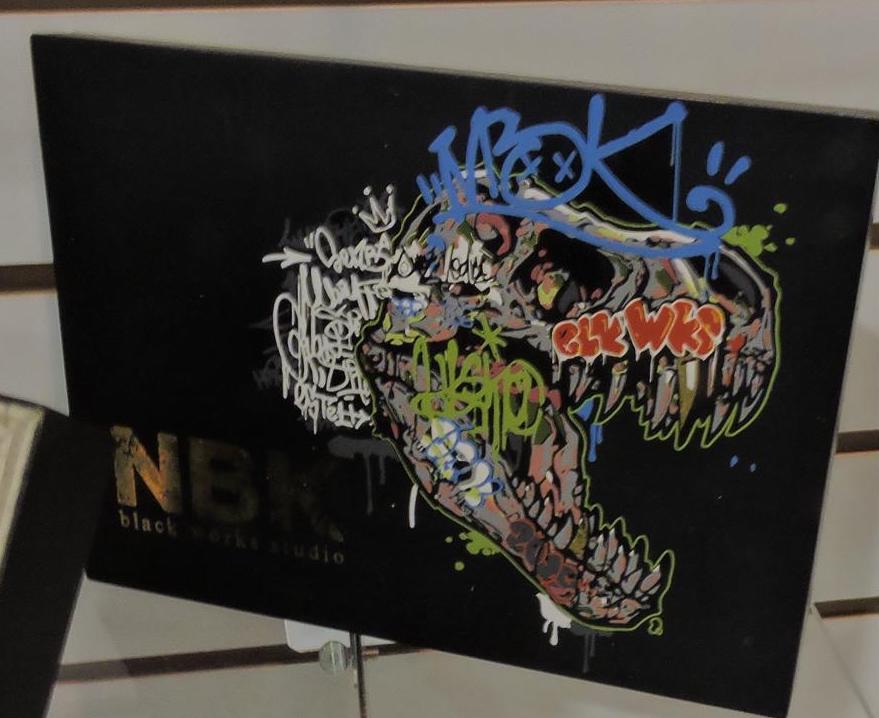 The Maduro wrapper of the NBK Lizard King is more of the base wrapper with the reddish Rojiso wrapper used as striping accents on the cigar and bordering the footer. The pattern of the striping varies on each cigar.  This is a cigar that did not have much in the way of oil. The cigar is pressed in a classic prensado style. Most of the surface of the wrapper is void of any significant visible veins. The seams where the barber-pole effect takes place are quite smooth. 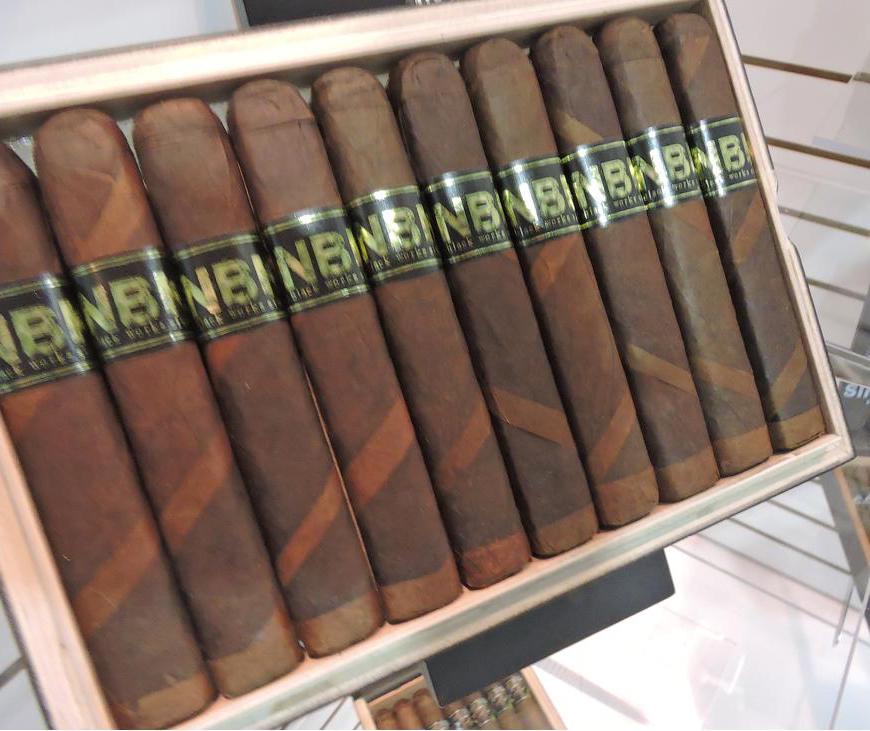 The band of the Black Works Studio iNBK Lizard King is also an off-shoot of the original NBK band. It has a black background with gold trim on the top and bottom. In a large gold contemporary font is the text “NBK.” Just below that text is the text “black works studio” in smaller gold font.  The one difference is there is a multi-colored sketch of a lizard head to the left. 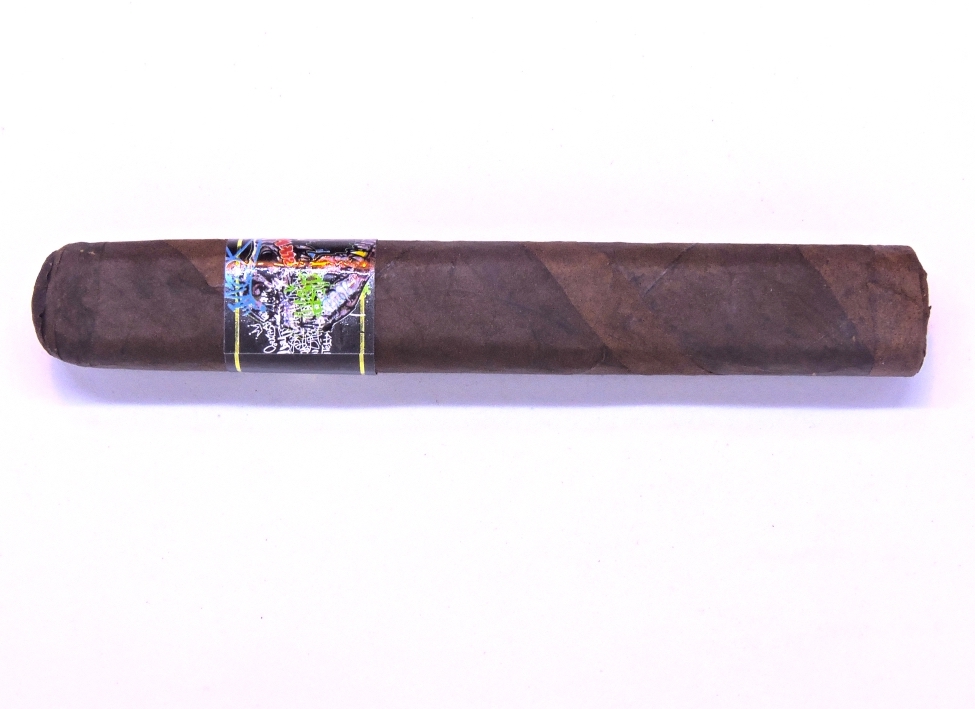 The start to the NBK Lizard King delivered notes of classic wood, coffee, cedar, and citrus. As the cigar moved through the early stages of the first third, the coffee notes emerged as the primary note. Meanwhile the retro-hale delivered a mix of red and black pepper.

Later in the first third, some dark chocolate and a slight amount of mixed pepper entered the equation. These notes became secondary notes with the wood, cedar, and citrus notes. Meanwhile the coffee notes remained grounded in the forefront. This flavor pattern continued throughout the second third.

The last third saw the coffee notes remain in control. There was a slight increase in the cedar, pepper, and chocolate notes in the background, but none of the flavors made it into the forefront. This is the way the NBK came to a close. The resulting nub was slightly soft to the touch and cool in temperature.

While the NBK Lizard King maintained a straight burn path, the burn line seemed prone to blistering quite easy. In the end this was more cosmetic than anything. The resulting ash had a charcoal gray that was skewed toward the firmer side. The burn rate and burn temperature were both ideal. 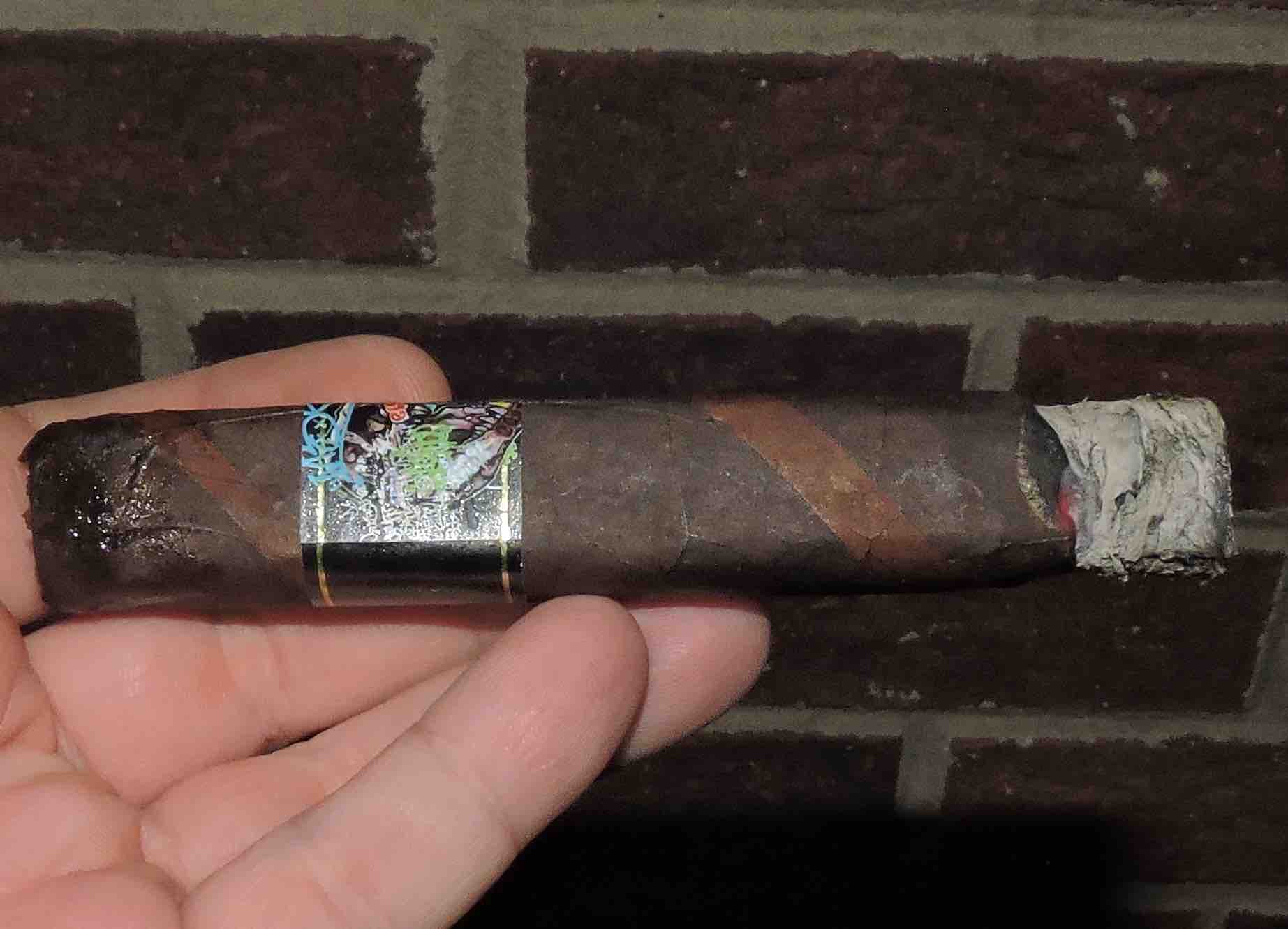 The NBK Lizard King had a very good draw. It struck a nice balance of resistance and openness. For a box-press, I liked that the draw was not on the open side. This was a cigar that also produced an ample amount of smoke.

In terms of strength and body, the NBK Lizard King delivered an intensity level of medium. Both attributes remained in the medium range of the spectrum with slight variations. The first third saw both attributes balance each other nicely. The second third saw the strength take a slight edge with the levels coming back to equilibrium in the last third.

I’ll be direct here, I’m not of fan of the concept of event cigars. While I understand the reasons companies will make them, I’ve been severely underwhelmed by the majority of them. As a result, I’ve soured quite a bit on the concept as a whole. Enter the Black Works Studio NBK Lizard, and it shows me that perhaps I should reconsider this position. To me, this is a cigar of the quality and caliber I would expect from a special event cigar – and it’s one of the best I’ve had in a long time. This is a cigar that excels in the most important category – flavor. If you have an opportunity to get your hands on this cigar, I would absolutely recommend it. This is a cigar certainly worthy of larger distribution in the future by Black Works Studio. This is a cigar I would recommend to any cigar enthusiast. As for myself, not only would I buy this cigar, but it’s a cigar I wouldn’t hesitate to buy a box of.