Agile Cigar Reviews are cigar assessments where we use a lightweight, shorter format. These will never take the place of our comprehensive reviews. They are only used on blends we have previously assessed. This might be a blend we are re-scoring or giving a score for the first time. It might be a blend we are looking at in a different size. Today we look at the Davidoff Winston Churchill – The Late Hour in the Churchill size. This is a cigar we previously assessed in the Robusto size back in October 2017. 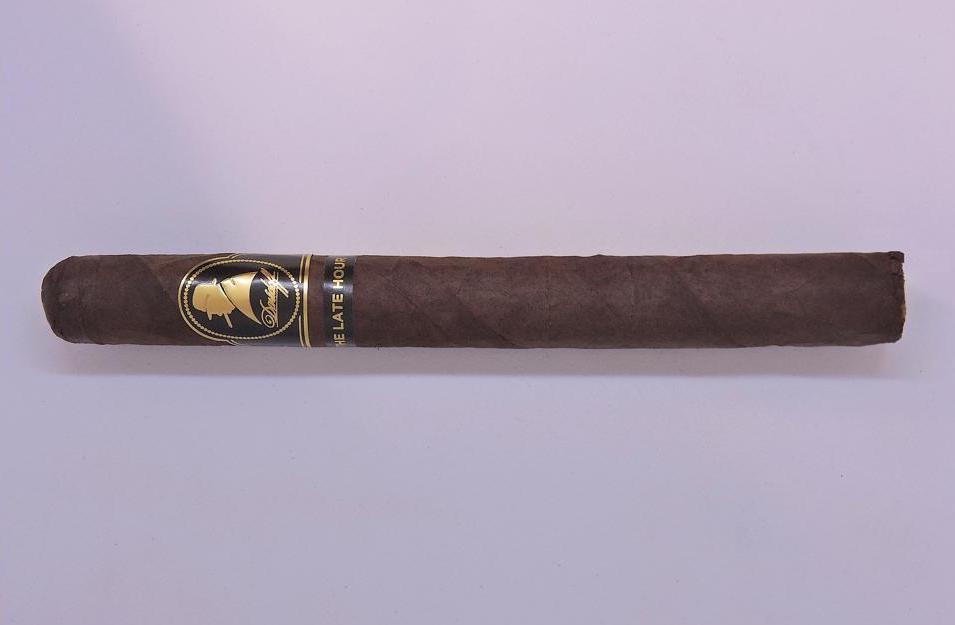 Over the past five years, Davidoff did a series of innovative projects in its Camacho brand which involved aging select tobacco leaves in barrels used for spirits. These projects include the Camacho American Barrel Aged (Bourbon Barrels), Camacho Nicaraguan Barrel Aged (Rum Barrels), Camacho Imperial Stout Barrel Aged (Beer), and there recently released Camacho Distillery Edition (Bourbon). Early in 2017, the concept was applied to aging a tobacco leaf in a Scotch whisky barrel from the Speyside region. This time it was for a blend under the Davidoff Winston Churchill brand – and Davidoff The Late Hour was born. Today we look this blend in the Churchill size.

“The late hours into the early morning was the time when Churchill would gather all those resources together and commit himself to working, whether it was on his books with his research advisors or with his military people deciding the course of action. So, the late hours and the dark hours were when Churchill was his most productive in life. And he was never without a cigar.”</blockquote>

The blend consists of an Ecuadorian Habano Marron Oscuro wrapper,  Mexican San Andres Negro, and a combination of Dominican and Nicaraguan tobaccos for the filler. In particular, it is a Viso priming leaf from Condega that was aged in the Scotch Whiskey barrels. The Churchill size (which for obvious reasons is a staple of the Davidoff Winston Churchill brand) measures 7 x 48.

The Davidoff Winston Churchill Late Hour Churchill delivered a mix of white pepper, wood, earth, grass, and a subtle liquor-sweetness – with the wood and earth notes primary for most of the cigar experience. Like many of the Camacho projects, this was not an infused taste, but it was clear there was an influence of the barrel-aged Condega leaf in the filler. While this sweetness never became a primary note, it was more prominent during the first third. The second third saw the sweetness diminish and the pepper increase. The final third still saw earth and wood notes as the primary notes. There was a touch of pepper and, to a lesser extent, liquor and grass notes.

Throughout the smoking experience, the flavors produced were medium-bodied countered by medium strength.

Back when I assessed the Robusto I said, “The one thing Camacho (and now Davidoff) has been very successful at when it comes to incorporating barrel-aged tobacco into a cigar is that they have been able to maintain a nice amount of complexity in the blend. The Davidoff Winston Churchill Late Hour Robusto follows in this path.” The same comment is true for the Churchill size of the Davidoff Winston Churchill. In fact, I found things worked better with the Churchill size. At $20.00 plus dollars, it’s a little bit of a pricey cigar – and I’m not sure that translates to an everyday smoke in my book. However, it’s a good smoke and one that I could recommend to any cigar enthusiast to purchase one to enjoy.