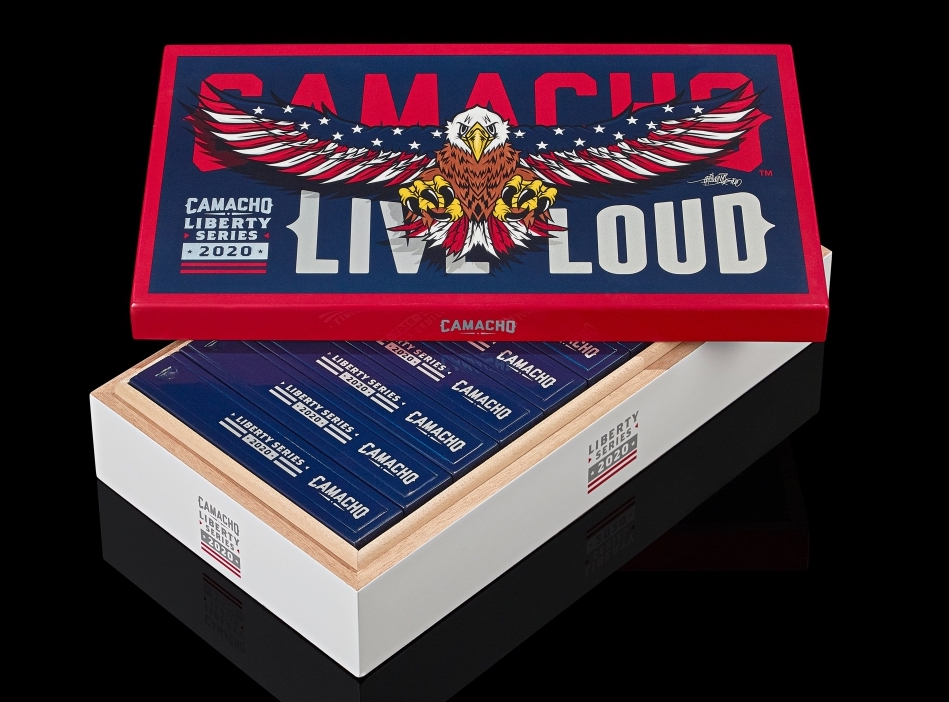 The Camacho Liberty series was first launched in 2002, and since then has been an annual release. The series typically has released a new blend each year in a single size packaged in a coffin. For the most part, the release of the Camacho Liberty has been tied to the annual Independence Day celebrations. The lion’s share of these releases have been in Camacho’s iconic 11/18 Figurado. The Liberty 2020 brings a couple of different things to the table – namely the vitola is a 6 x 60 Gordo, and the cigar itself is box-pressed.

The blend of the Camacho Liberty 2020 features an Ecuadorian Habano wrapper over a Honduran Corojo binder and a combination of Honduran Corojo and Dominican Tobacco.  The blend also undergoes four years of aging.

Keeping with the tradition of the Liberty Series, each cigar is packaged in an individual coffin. The coffins come packaged in 20-count boxes. A total of 4,185 boxes are slated for worldwide release with 2,500 allocated to the U.S. market. Pricing is set at $20.00 SRP/cigar.