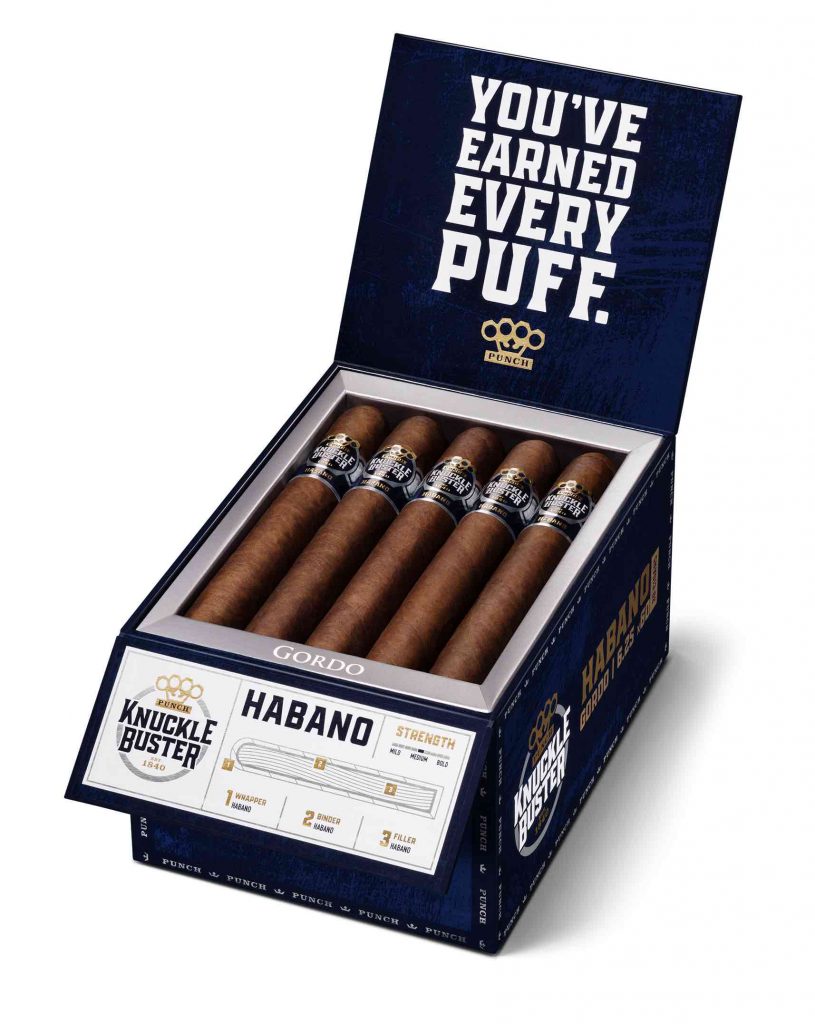 It’s a cigar that uses all Habano seed tobaccos including Nicaraguan Habano for the wrapper and binder. The filler combines Habano tobaccos from both Honduras and Nicaragua. It will be available in three sizes: Robusto, Toro, and Gordo. The Robusto and Toro will be presented in 25-count boxes while the Gordo is presented in a 20-count box. Production is handled at the HATSA factory in Danlí, Honduras.

In a press release, Ed Lahmann Senior Brand Manager for Punch commented, “Punch is committed to staying true to what the brand has represented over the last six decades: a consistent, well-made, no-nonsense cigar at a price that’s fair and reasonable. Punch Knuckle Buster honors this commitment with a solid, enticing blend for the people who work hard to enjoy the good life.”

Lahmann added, “Our hope is that Punch Knuckle Buster becomes a ‘go to’ blend that cigar smokers can rely on time and time again, without having to think twice when they hit the cash register or click on their carts. We want it to be the perfect smoke for walking the dog or mowing the lawn or enjoying with cigar smoking friends. Because after all, a cigar is not about money or status or boutique cigar makers. It’s about removing those barriers and enjoying a moment of well-earned relaxation.”

At a glance, here is a look at the Punch Knuckle Buster: