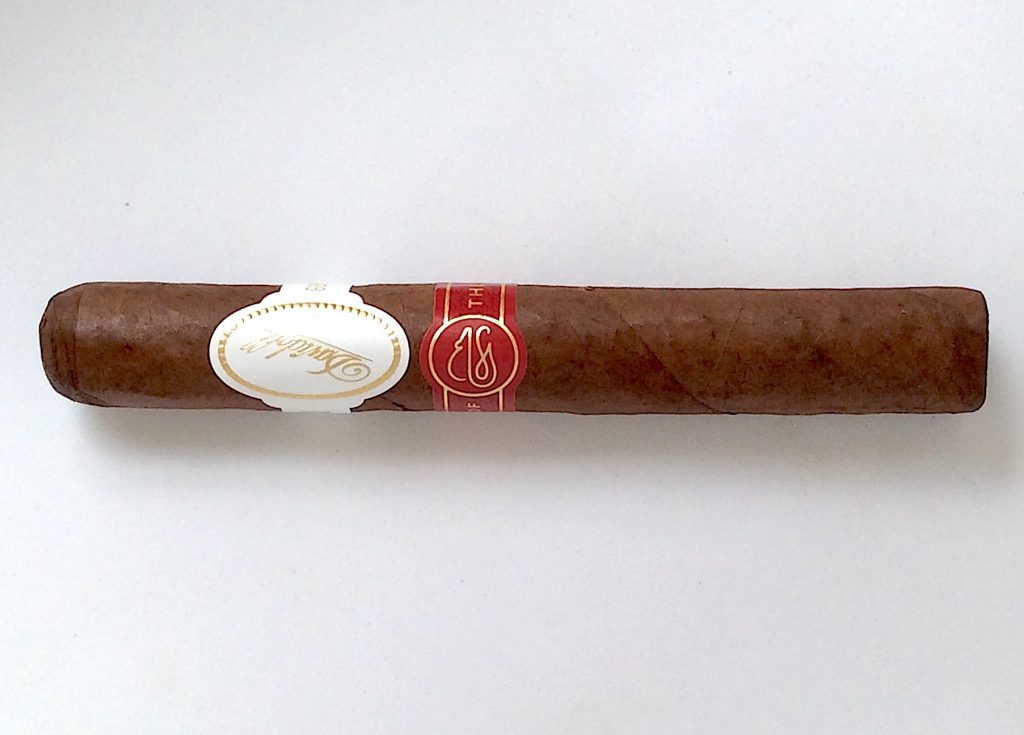 The Davidoff Year of the Rat Limited Edition 2020 is the ninth installment of the company’s Chinese Zodiac inspired limited edition cigars. Each year these cigars feature a different blend in a different size with exquisite packaging reflecting the particular Zodiac theme. The Chinese New Year falls between January 21st and February 20th, but typically Davidoff has released the Zodiac in the November timeframe and the Davidoff Year of the Rat followed suit with this pattern. Today, we take a closer look at this release.

Assuming Davidoff continues to annually cycle through the Chinese Zodiac, the following would be the four remaining releases,

While Davidoff is the first company to launch a Chinese New Year Series, several other companies have released their interpretations of the Chinese New Year. 2020 is the Year of the Rat and this year on the Chinese calendar has seen releases by not only Davidoff, but Maya Selva Cigars, Drew Estate, and VegaFina.

Without further ado, let’s turn our attention back to the Davidoff Year of the Rat and see what this cigar brings to the table:

The blend features a dark Ecuadorian Havana wrapper over a Nicaraguan binder and fillers consisting of different Nicaraguan and Dominican tobaccos. Production is handled at Cigars Davidoff in the Dominican Republic.

The Davidoff Year of the Rat is offered in one size – a Toro measuring 6 x 52. The cigar is presented in ten-count boxes. A total of 10,000 boxes are slated to be released worldwide. 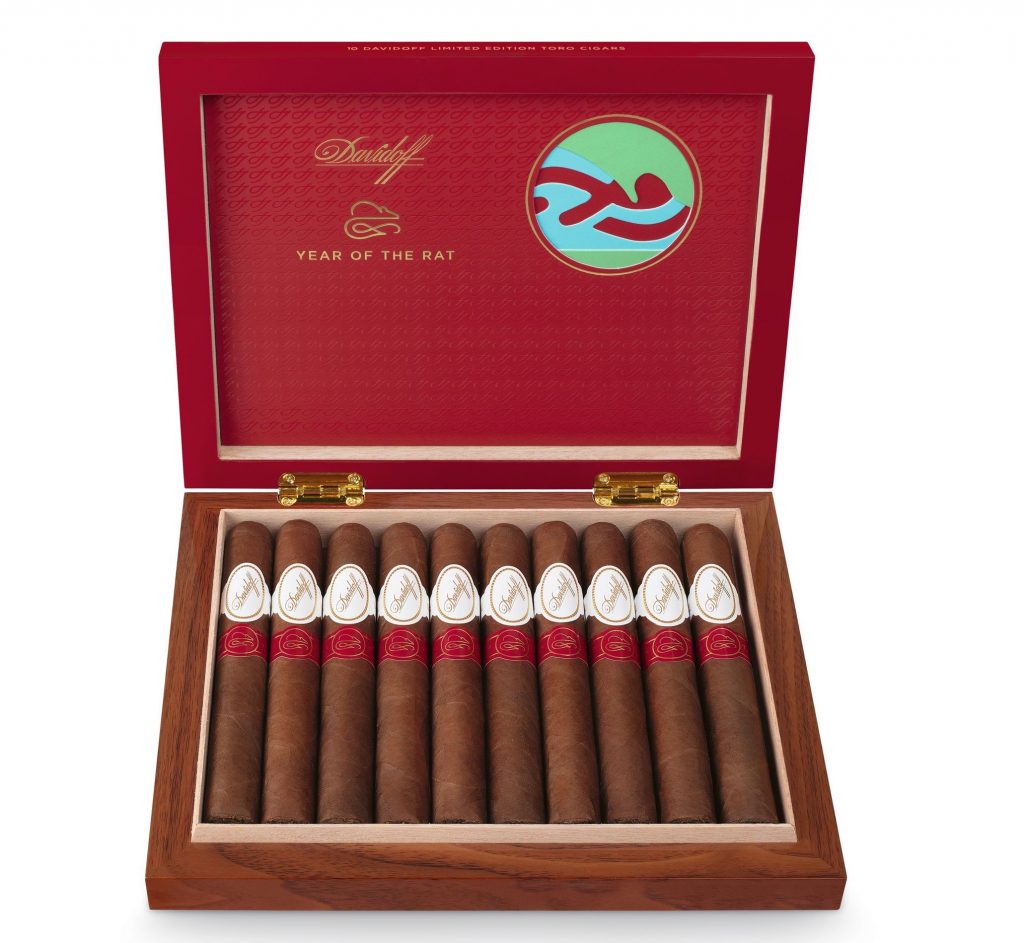 Packaging of the Davidoff Year of the Rat (Photo Credit: Davidoff of Geneva)

The Ecuadorian Habano wrapper of the Davidoff Year of the Rat had a dark cinnamon color with a light sheen of oil on it. Upon closer examination, there was some mottling that could be seen on the surface. The darker color of the wrapper did a good job at hiding the wrapper seams. There were some visible veins. The surface of the wrapper was slightly bumpy.

There are two bands on the Davidoff Year of the Rat. The first band uses the design of the Davidoff White label band. It features the name “Davidoff” in classic cursive gold font on an oval field of white. There are small gold circles going around the perimeter of the oval. The word “GENEVE” (in gold font) flanks to the right of the oval field. To the left of the oval is the text “LIMITED EDITION.”

The second band is primarily red in color with gold accents. In the center of the band is the text “YEAR OF THE RAT” in gold font.

Prior to lighting up the Davidoff Year of the Rat, a straight cut was used to remove the cap. Once the cap was detached, it was time to commence the pre-light draw experience. The dry draw delivered a mix of cedar, mixed fruit, and a subtle cream note. This was a satisfactory pre-light experience. At this point, it was time to light up the Davidoff Year of the Rat and see what the smoking phase would have in store.

Toward the latter part of the second third, earth notes surfaced in the forefront with the cedar. The citrus notes diminished slightly. As the Davidoff Year of the Rat went into the final third, there was a combination of cedar and earth in the forefront with the citrus, natural tobacco, hay, and pepper in the background. This is the way the Davidoff Year of the Rat came to a close. The resulting nub was slighly soft to the touch and cool in temperature.

Despite a slight amount of jaggedness on the burn line, the Davidoff Year of the Rat had no problem maintaining a straight burn path. The resulting ash had a silvery gray color with some darker streaks mixed in. This was an ash that was skewed toward the firmer side. As for the burn rate and burn temperature, both were ideal. 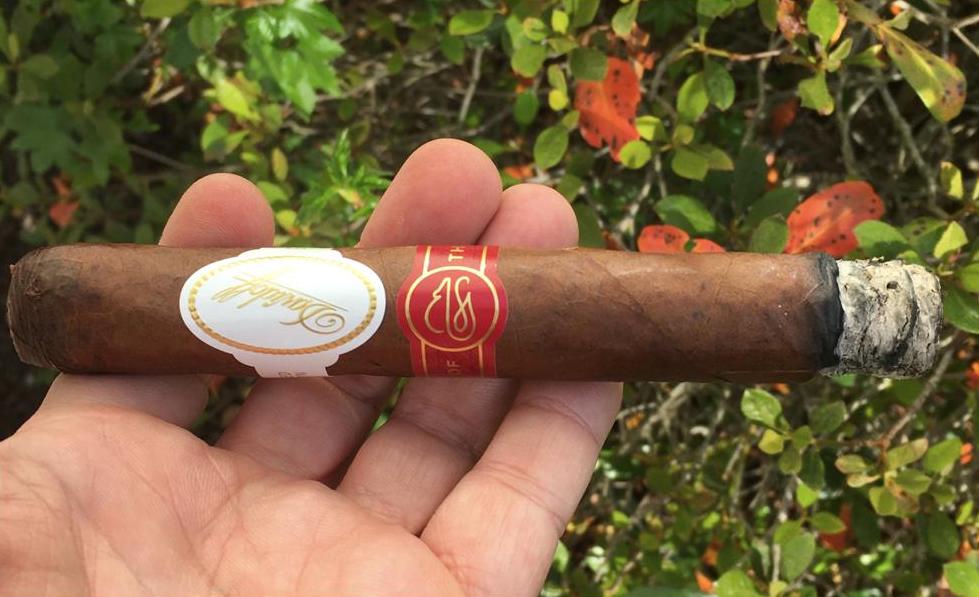 Burn of the Davidoff Year of the Rat

Cigar Coop numeric scores do not factor the price into the calculation. I mention this here because the Davidoff Year of the Rat is priced at $39.99. After going through the review cycle of the Davidoff Year of the Rat, it scored nicely at an 88.  However, when I looked at my overall experience, while this wasn’t a bad cigar something was missing. Yes, the cigar had excellent construction, a nice amount of complexity, and balance, but the flavors delivered simply had no wow factor – and it’s hard to overlook that whether this was a $3.99 or a $39.99 cigar.

Looking at the Value rating that does incorporate price, it’s hard to go beyond saying this might be a cigar you would want to try first before making the $39.99 investment.