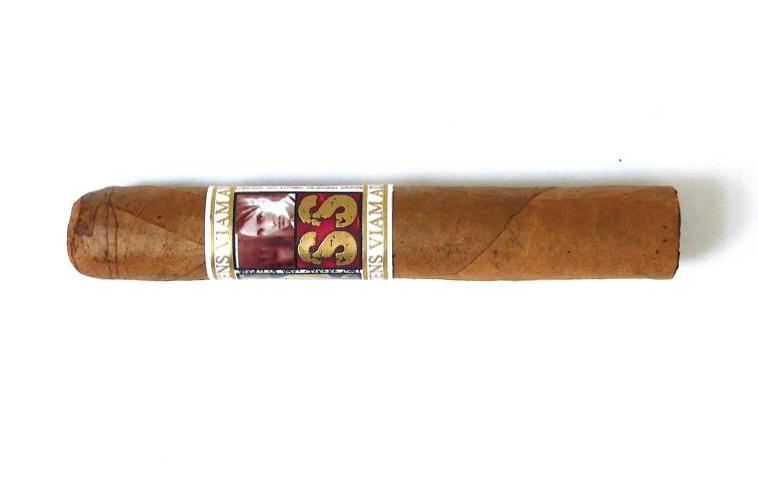 If there is one cigar in the Lars Tetens portfolio that caught a lot of cigar enthusiasts’ attention, it was the Lars Tetens SS. The “SS” stands for “Spicy Sweet” and that is exactly the experience one is going to get. Lars Tetens is best known for its “conditioned” cigars. These cigars incorporate essential oils, botanicals, and flavors into the blend. With the “SS,” the sweet and spicy flavors are incorporated into the tip of the cigar and the result is a cigar that starts off with a blast of sweetness and spice like no other. Today, we take a closer look at the Lars Tetens SS in the Robusto size.

Without further ado, let’s break down the Lars Tetens SS Robusto and see what this cigar brings to the table.

As with most Lars Tetens Cigars, the blend of the SS is not disclosed. The cigars are produced in Nicaragua at Jesus Fuego’s factory in Estelí, Nicaragua.

The Lars Tetens SS is offered in three sizes – each presented in 25-count boxes.

The wrapper of the Lars Tetens SS Robusto had a light brown color to it. There was some mottling present on the surface of the wrapper. This wasn’t a wrapper that had much in the way of oil on it. The wrapper had some visible veins and some minimally visible seams.

After using a straight cut to detach the cap of the Lars Tetens SS Robusto, it was on to the pre-light draw stage. The spice and sweetness on the tip of the cap were immediately noticeable. The spice had a jalapeño flavor to it, while the sweetness was along the lines of watermelon. There was a slight amount of earthy notes present. In particular, the jalapeño spice had a tingling effect on the lips. I’m sure many will disagree with me, but in my book, I still found it satisfactory. At this point, it was time to light up the Lars Tetens SS Robusto and see what the smoking experience would have in store.

The Lars Tetens SS Robusto saw the jalapeño pepper and watermelon sweetness that was present on the pre-light draw create a heavy blast of sweetness and spice. In particular it was the jalapeño that was quite powerful and stimulating a strong tingly sensation on the lips. There were also notes of earth and cream that were present in a secondary role. Concurrently, the retro-hale produced a layer of white pepper with some of the watermelon sweetness mixed in.

During the second third, the residual effect from the watermelon and jalapeño started to subside. The earth notes became more prominent and emerged as the primary flavor. The creaminess which was present early also slowly diminished. Once past the midway point, some black pepper emerged.

There wasn’t much in the way of change on the final third. The earth notes dominated as the primary flavor. There was some pepper and creaminess present. This was rounded out by the residual sweetness and spice from the watermelon and jalapeño that remained. This is the way the Lars Tetens SS Robusto came to a close. The resulting nub was firm to the touch and cool in temperature.

While there were some touch-ups required along the way, overall the Lars Tetens SS Robusto maintained a straight burn line and straight burn path. The resulting ash was skewed toward the firmer side. This was an ash that had a light to medium gray color to it. The burn rate and burn temperature were both ideal. 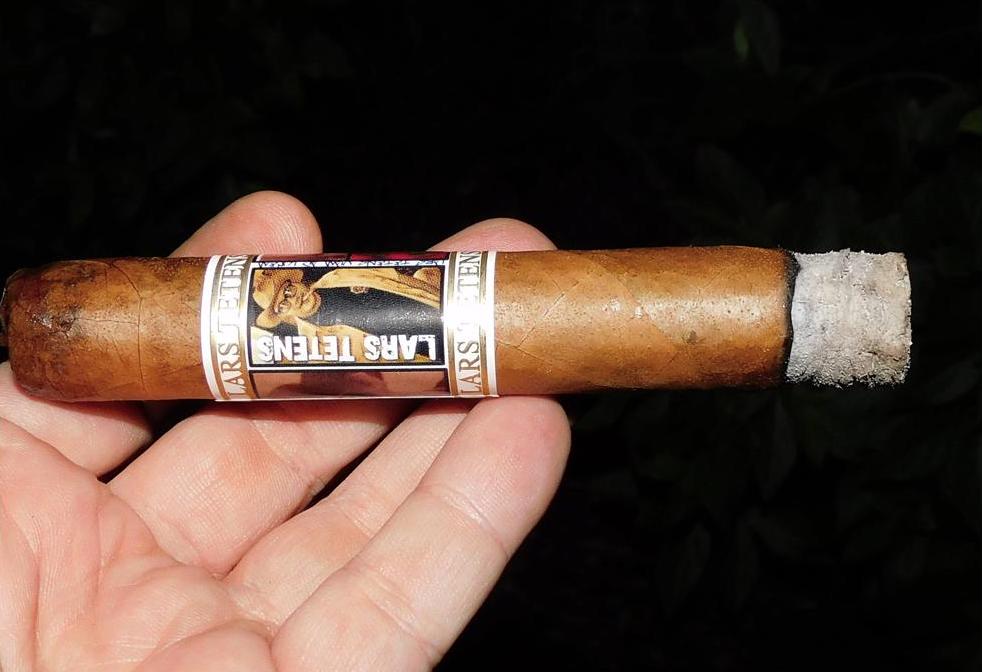 The Lars Tetens SS Robusto had a more open draw than I prefer. This didn’t result in any other adverse effects.  In the end, this was still a low maintenance cigar to puff on and derive flavor.

While there was a strong blast of pepper and sweetness at the beginning, for the most part, the duration of the smoke produced a medium strength, medium-bodied cigar. These intensity levels following the blast remained at a constant level and didn’t see much in the way of variance. When it came to strength versus body, outside the initial blast of pepper and sweetness, both attributes balanced each other nicely.

One thing that I have pointed out is that when it comes to infused and flavored cigars, I’ve seen a couple of cigar review sites that say they use a different methodology with infused cigars than with traditional cigars when it comes to how they assess a cigar. There is no such thing here on Cigar Coop as an infused cigar is scored the same way as a traditional one. Typically infused cigars don’t score well in the areas of complexity and balance. In the case of the Lars Tetens SS Robusto, that is where the score goes down. This is not an overly complex cigar, and the balance is going to be thrown off right out of the gate with the “conditioned” sweetness and spice.  That being said, this was still an enjoyable cigar – and I enjoyed the punch out of the gate the spice. It’s going to be overpowering to some and will have a residual effect. However, if you can get past that, you will be surprised how the cigar finishes up. This is a cigar I would recommend to someone who likes a lot of spice on a cigar – and one who is open to trying a “conditioned” cigar. In the end, this was easily a cigar I would purchase. It’s a unique cigar experience worth checking out.