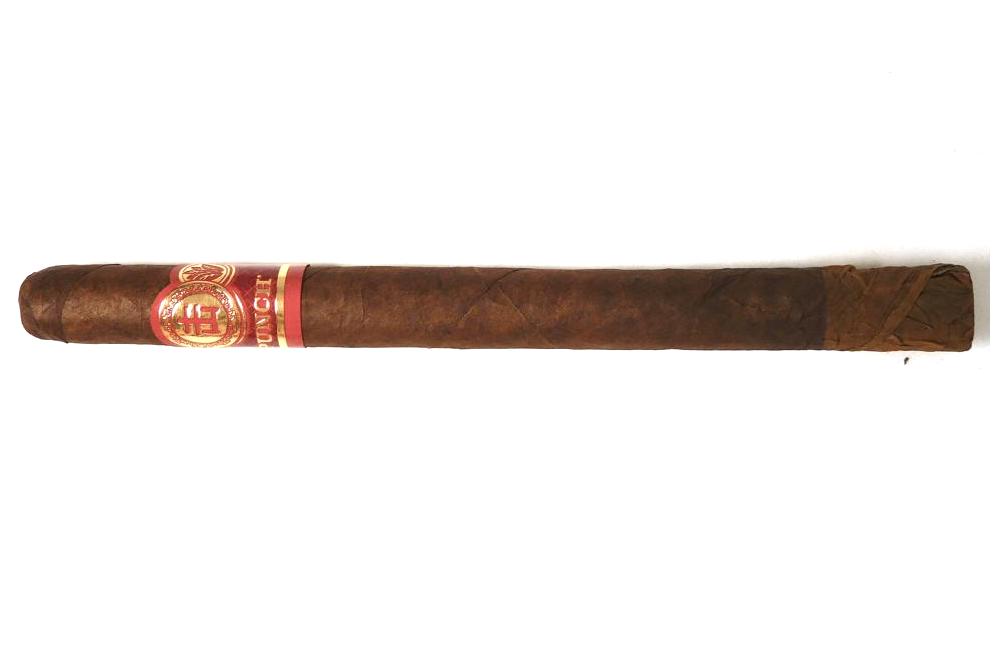 In terms of limited edition cigars, one trend that has become quite popular is one themed around the Chinese New Year. Over the years companies such as Davidoff, Drew Estate, Maya Selva, and Tabacalera SLU (VegaFina) have all released cigars with a theme. In 2019, General Cigar Company came out with its version. The cigar was known as Punch Egg Roll – and the cigar was a 4 1/2 x 50 Rothschild priced under $4.00 packaged in a Chinese Food Take Out carton.  Fast forward to 2020, and General has released a second cigar – the Punch Chop Suey. This one is a 7 x 37 panatela priced under $6.00 and is packaged in a retro-style Chinese Food box – complete with a set of chop sticks. Today we take a closer look at the Punch Chop Suey release. 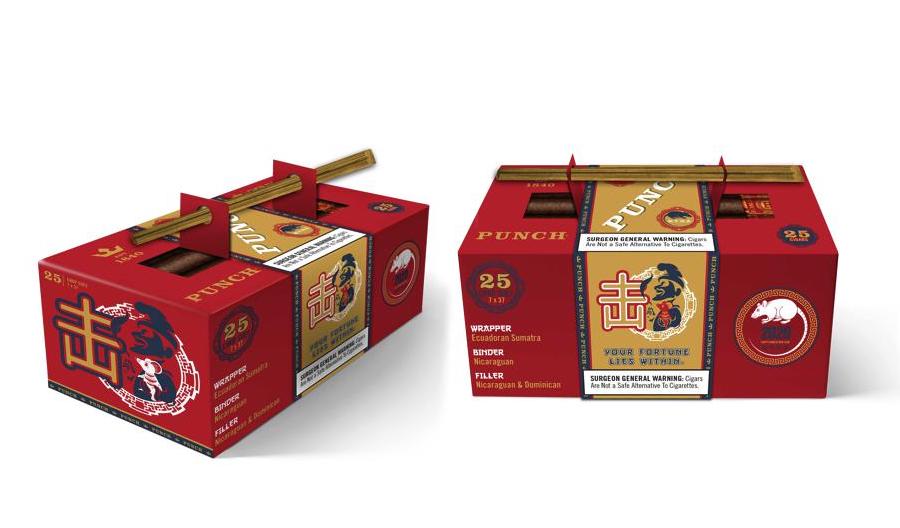 One thing that cigar enthusiasts may find interesting. When it comes to the lancero/panatela connoisseur sizes, these tend to be sizes made by smaller cigar companies.  In terms of the larger cigar companies – such as General Cigar, seeing a ring gauge below a 42 is a rarity. I would definitely put the Punch Chop Suey in that particular category. The amount of lanceros/panatelas in the portfolio could probably be counted on one hand.

Without further ado, let’s break down the Punch Chop Suey and see what this cigar brings to the table.

The Punch Chop Suey features a dark Ecuadorian Sumatra wrapper over a Nicaraguan binder and a combination of Nicaraguan and Dominican fillers. Looking at this blend, it seemed like a recipe used by Ernesto Perez-Carrillo Jr – who has been known to construct a similar tobacco profile in his blends. While much of Punch comes out of Honduras from the Honduras American Tobacco S.A. (HATSA) facility, the Punch Chop Suey comes out of General Cigar Dominicana in the Dominican Republic.

As mentioned above, the Punch Chop Suey comes in one size – a 7 x 37 panatela. Inside the Chinese Take Out food carton is a bundle of 25 cigars. A total of 3,650 bundles were produced.

The Ecuadorian Sumatra wrapper of the Punch Chop Suey had a dark cinnamon color to it. Upon closer examination, there was some mottling present on the surface. This wasn’t a wrapper with much oil on it. There were some visible veins and thin wrapper seams. The Punch Chop Suey did have somewhat of a rugged look to it. The footer of the cigar contained an unfinished foot with no wrapper extending almost an inch up on the cigar.

The band of the Punch Chop Suey had a red textured background with gold fonts and adornments. The center of the band contained a Chinese symbol in a gold medallion design. Just below the center of the band was the text “PUNCH.” To the left and right of the center medallion were two additional medallion designs. Toward the lower part of the band is a gold divider. The back of the band contains a “fortune” similar to a Chinese Fortune Cookie. There are five different fortunes circulated. On each of the samples smoked, I had the fortune of “Avoid people who take cigar fortunes too seriously.”

A straight cut was used to remove the cap off the Punch Chop Suey. From that point, it was time to commence with the pre-light draw. The cold draw delivered a sugar-like sweetness and notes of molasses. While I wasn’t able to make a final assessment, there was a part of me that felt the tip might have been subtly sweetened. Whatever the case, this was still a satisfactory pre-light draw. At this point, it was time to light up the Punch Chop Suey and see what the smoking phase would deliver.

The Punch Chop Suey started out with notes of molasses, wood, natural tobacco, and black pepper. Early on the molasses notes had a slight edge, with the wood, natural tobacco, and pepper settling in the background. The retro-hale also delivered additional wood, along with a slight sweetness. As the cigar burned from the unfinished portion into the wrapped portion of the cigar, the wood joined the molasses notes in the forefront.

There were no major changes in the last third. The smoky wood notes still remained in the forefront. In the background, there was more pepper present than at the start, but the increase in spice had stopped. There also still were natural tobacco notes exhibiting bitterness. This is the way the Punch Chop Suey came to a close. The resulting nub was slightly soft to the touch and cool in temperature.

Overall the Punch Chop Suey burned well. There might have been a touch of jaggedness along the way, but this cigar had no problem maintaining a straight burn path – and it burned through the transition from the unfinished footer to the wrapper cleanly. The resulting ash had a silver gray color. This wasn’t an overly firm ash, but it was not loose or flakey either. The burn rate and burn temperature were ideal.

Burn of the Punch Chop Suey

In terms of the draw of the Punch Chop Suey, it maintained a nice balance between openness and resistance. I might have wanted a touch more resistance, but overall this still was a very good draw.

In terms of strength, the Punch Chop Suey started out in the mild to medium range. By the time the cigar moved from the unfinished portion to the wrapper, the strength had increased to medium, where it remained for the duration of the smoke. The flavors produced by the Punch Chop Suey were medium-bodied and didn’t vary much in intensity.

When looking at strength versus body, the body maintained the edge throughout the smoking experience.

One note before the final assessment of the Punch Chop Suey: As I was compiling this assessment, I had heard from some other reviewers asking me if they had construction problems with this cigar. This was not my case at all. In fact, I received two (not very well packed) samples from General and had bought two additional cigars to complete this assessment. All four cigars performed well when it came to construction.

However excellent construction does not translate to a high score, and that is the case with the Punch Chop Suey. The molasses and sweetness that I got from the unfinished portion would turn out to be the best portion flavorwise. Once the wrapper came into play, the flavors had no “wow” factor and in the end, it’s going to hurt the overall score. While the Punch Chop Suey has an attractive price point, it is not enough. In the end, the Punch Chop Suey is going to be a cigar that I would recommend trying a sample of before deciding if it is right for you to purchase.