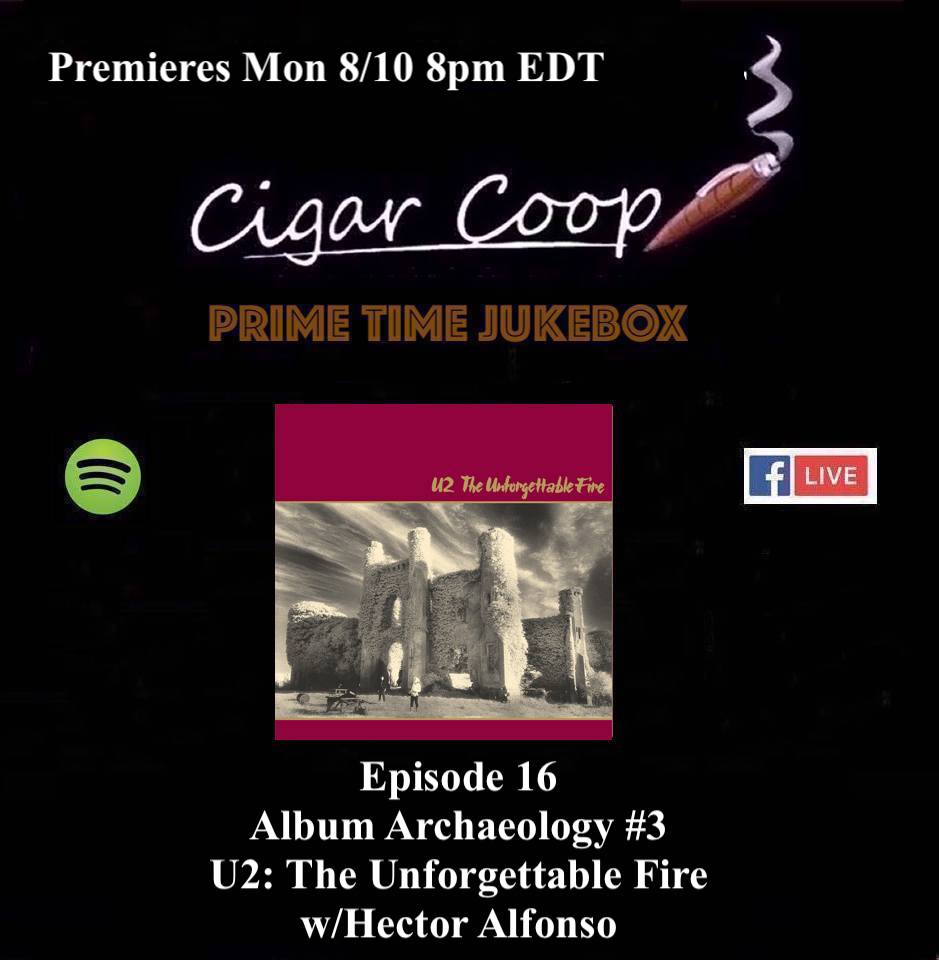 For Prime Time Jukebox Episode 16, we go through U2’s landmark album “The Unforgettable Fire” for the third installment of our Album Archaeology series. We’re joined by special guest Hector Alfonso who will help us break down this album.

Much like an archaeologist digs and hunts for gems, on Album Archaeology we dig into the “The Unforgettable Fire” album. We go deep into each of the tracks of this album looking at the music, lyrics, and stories behind this album.

We’ll also pay tribute to the late Malik B of The Roots and Pepe Cardona of Alive and Kicking.

For the cigars during the broadcast, Dave will smoke the original 601 La Bomba Bunker Buster, Hector will smoke the Warzone, and Coop smokes the Espinosa Red River Valley II cigar.

Prime Time Jukebox – the podcast that pairs music with cigars. You can catch us on Facebook, Google Play Music, iTunes, Podbean, and YouTube. As always, be sure to email your feedback to cigarjukebox@gmail.com