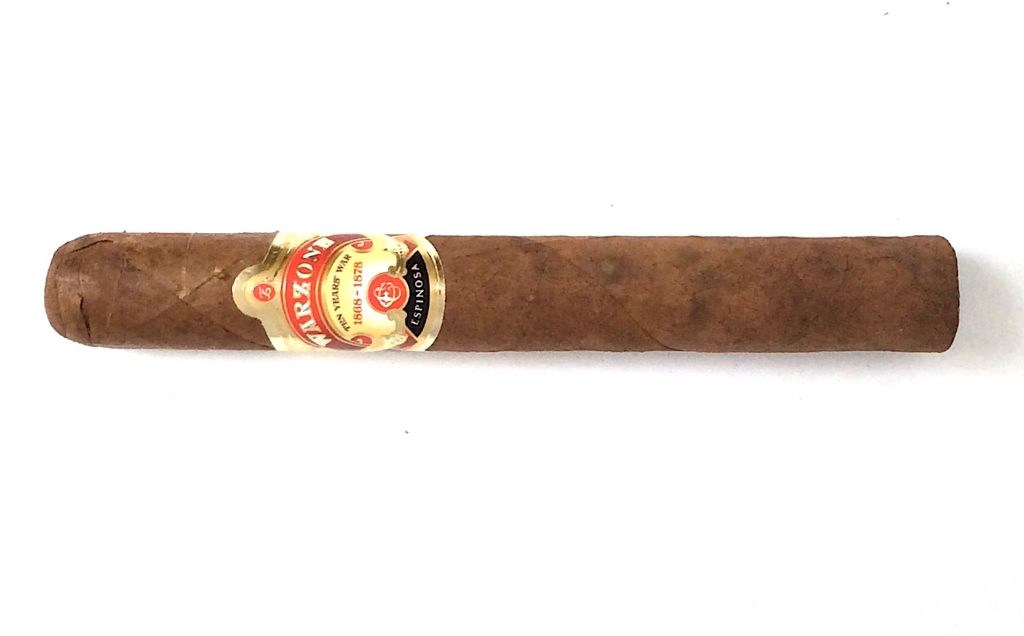 Collaborations have become the rage in the cigar industry over the past few years, but in 2019 one of the more unique collaborations was launched between two unlikely cigar companies and it was called Warzone.  It was a project that would take both Espinosa and General out of their traditional comfort zones in four ways: 1) General Cigar Company would work with Erik Espinosa’s La Zona factory to produce this cigar; 2) General Cigar Company would give La Zona access to its tobaccos to produce the blend; 3) The sales and distribution of this La Zona-made cigar would be handled by General, and 4), the cigar would utilize a Cameroon wrapper – something La Zona has not worked with before. Warzone would make its debut in late 2019. The cigar itself is a limited production cigar. Today we take a closer look at the Warzone in the Toro size.

While both companies were being stretched to move out of their comfort zones, there were many benefits. It gave Espinosa an opportunity to produce a very different blend than it has before. By allowing distribution to go to General, it also gave Espinosa a chance to tap into some new accounts that General has nationwide. For General, this was a unique opportunity to work with a small factory to produce a cigar.

General Cigar is known for its brands, but for Warzone the decision was made to not put Warzone under one of them, but rather sell it as a standalone brand. The Warzone was inspired by the Ten Years War – a war fought in Cuba between Cuba and Spain as a part of Cuba’s overall fight of independence from Spain.

Without further ado, let’s break down the Warzone Toro and see what this cigar brings to the table.

The Cameroon wrapper isn’t the only unique thing for this La Zona-made cigar. It’s one of the least Nicaraguan-centric blends ever done by the factory. The blend features a Honduran binder as well as filler from Colombia  (another La Zona first) and Nicaraguan Havano filler.

The Warzone was produced in two sizes. Each is presented in 20-count boxes. Given the limited availability of the Cameroon wrapper, only 3000 boxes were produced. 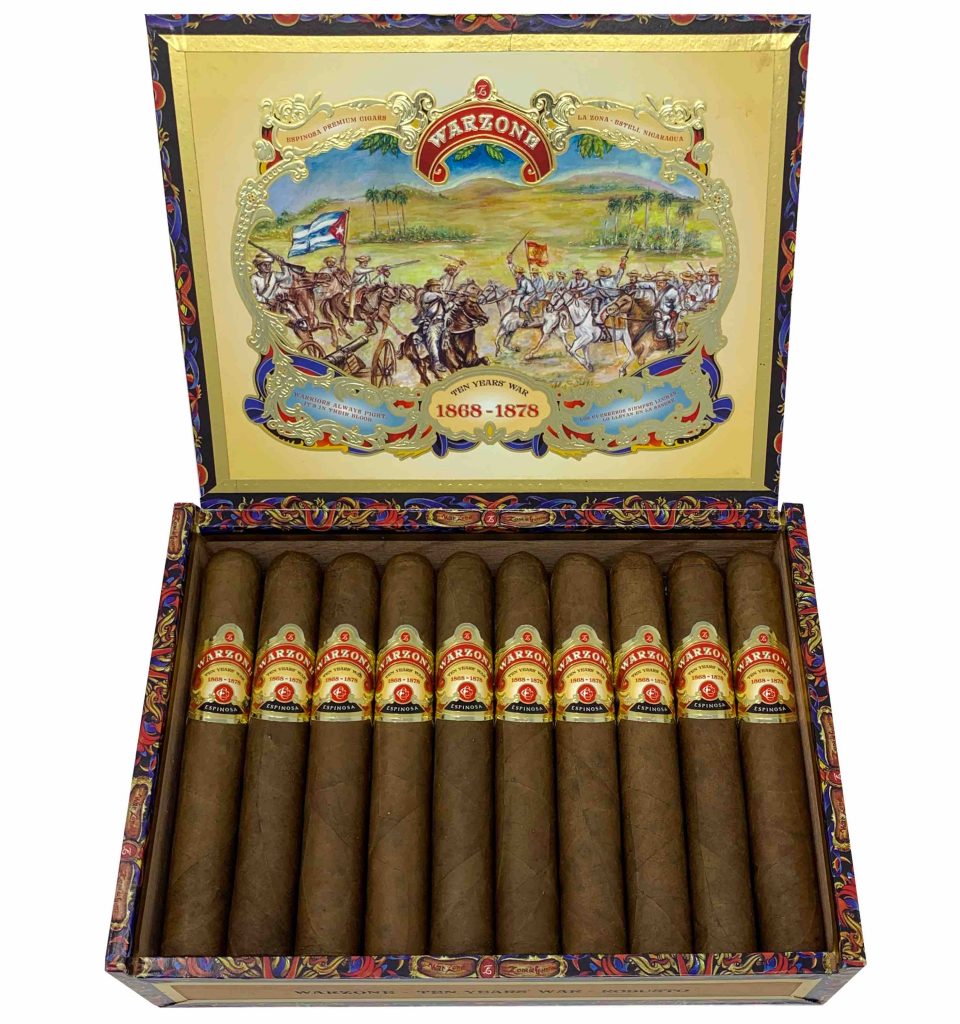 A straight cut was used to remove the cap of the Warzone Toro. As mentioned, this is quite a fragile wrapper and the cut should be made delicately. I would advise heavily against a bullet or V-Cut with this cigar.

After the cap was removed, it was on to the pre-light draw. The cold draw delivered a nice mix of classic wood, natural tobacco sweetness, and a subtle pepper note. It was a satisfactory pre-light draw. At this point, it was time to light up the Warzone Toro and move on to the smoking phase.

The Warzone Toro started out with an assortment of flavors including cedar, damp wood, coffee bean, natural tobacco, and fruit. Early on the natural tobacco and fruit moved into the primary notes. The cedar, wood, and coffee bean notes settled into the background. A little later on a slight white pepper note emerged on the tongue. In addition there was a layer of white pepper on the retro-hale.

By the last third, the wood took over as the primary note. There were still notes of pepper and natural tobacco in the background along with subtle notes of cedar and fruit in the more distant background. This is the way the Warzone Toro came to a close. The resulting nub was soft to the touch and cool in temperature.

The Warzone performed well on the burn. This is a cigar that had a slightly uneven burn line, but had no problem maintaining a straight burn path. The resulting ash as on the firmer side with a salt and pepper color scheme. The burn rate and burn temperature were both ideal. 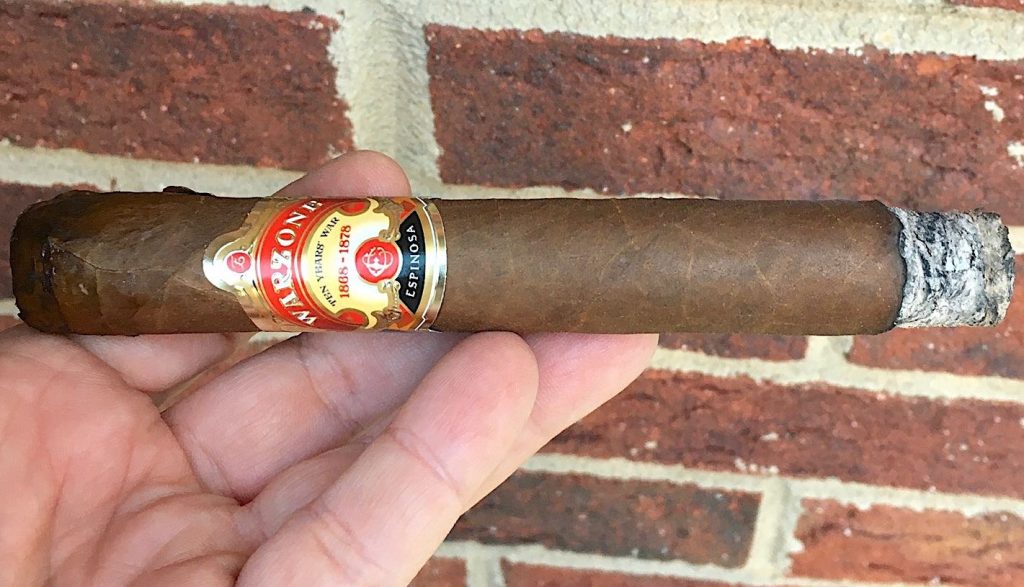 Burn of the Warzone Toro

The Warzone Toro had a draw that I found to be more open than I prefer. I normally like a little resistance on the draw. In this case, I didn’t find this draw had any adverse effects in terms of the combustion of this cigar.

In terms of strength versus body, both attributes started out even, but as the cigar experience progressed, the strength took the edge in the second half.

This was a very interesting cigar. What starts out as what I consider to be a classic Cameroon smoke changes as the cigar progresses. By the second third, the cigar kicks it in as it increases in intensity and delivers some of the “Espinosa bite” with the spice notes. Basically when you reach the second third, the Espinosa influence is very present. There is an expression “not your father’s Connecticut cigar.” I think when it comes to this cigar the expression “not your father’s Cameroon” applies. Yes, I can nit-pick about the draw being more open than I prefer and the wrapper being delicate, but the plusses far outweigh the minuses on how this cigar performs. This is a cigar I would recommend to an experienced cigar enthusiast, but also a novice looking for something geared more for the medium plus side. As for myself, this is a cigar I’d smoke again and buy multiples of for my humidor.