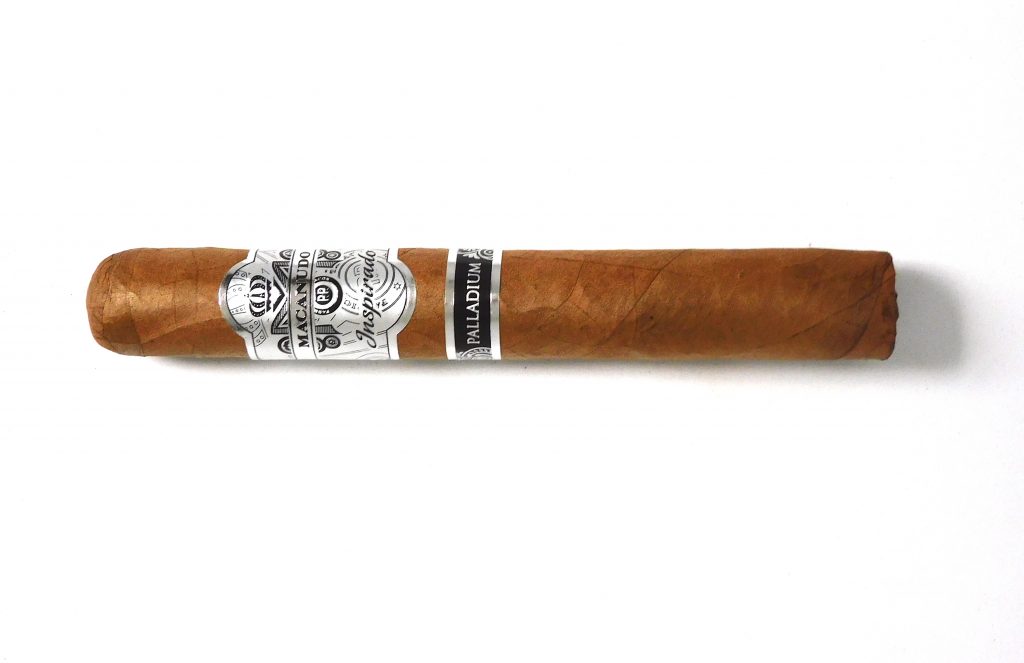 The Macanudo Palladium uses an old Cuban technique that involves using tercios to age the tobacco. With tercios, the tobaccos are aged in Royal Palm tree park instead of traditional burlap. According to General, the bark forms a tighter seal, trapping in oil and retaining the tobacco’s natural taste characteristics. The end result is intended to be tobacco that delivers bolder flavor.

As for the name, Palladium is a chemical element (Atomic Number 46) that has a silvery-white color.

Without further ado, let’s break down the Macanudo Inspirado Palladium Robusto and see what this cigar brings to the table.

In terms of the blend, the Macanudo Inspirado Palladium features a five-country multi-national blend.

There are three sizes of the Macanudo Inspirado Palladium. Each is presented in 10-count boxes. A total of 3,000 boxes have been allocated for this initial run. 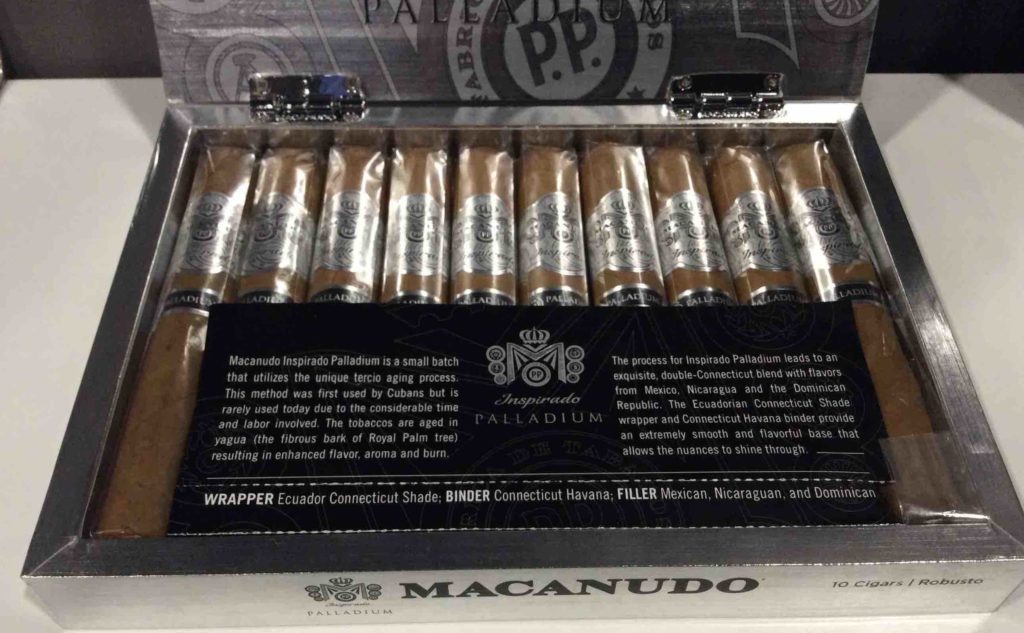 The Ecuadorian Connecticut Shade wrapper of the Macanudo Inspirado Palladium Robusto would definitely be categorized as a “dark Connecticut” – meaning it is a couple of shades darker than a traditional “golden” Connecticut Shade wrapper. There was some oil on the surface along with some minor toothiness. Upon closer examination, there was some mottling on the surface. There were some visible veins and some thin visible wrapper seams.

The secondary band has a black stripe with silver trim. On the black stripe is the text “PALLADIUM” in silver font. The remainder of the band has silver adornments that surround it.

A straight cut was used to remove the cap of the Macanudo Inspirado Palladium Robusto. Once the cap was removed, it was on to the pre-light draw ritual. The dry draw delivered a mix of cream and floral notes. Overall this wasn’t the most exciting pre-light draw. Since the pre-light experience is not factored into the numeric score of value rating, there was no loss of points here. At this point, it was time to toast the foot of the Macanudo Inspirado Palladium Robusto and see what the smoking phase would have in store.

During the second third, the mustiness remained the primary note. A black pepper note surfaced in the background replacing the hay notes. Along with the black pepper, there still were notes of cedar, cream, and floral notes. As the Inspirado Palladium Robusto moved into the second half, the cedar notes increased in intensity.

The last third of the Macanudo Inspirado Palladium Robusto saw the cedar notes take over as the primary note.,The mustiness cream, pepper, and floral notes remained secondary. The resulting nub was soft to the touch and cool in temperature.

In terms of burn, the Macanudo Inspirado Palladium Robusto scored well. This is a cigar that maintained a straight burn path and had a straight burn line. The resulting ash was silvery gray. This was an ash that was firm and came off the cigar in clean chunks. As for the burn rate and burn temperature, both performed at ideal levels. 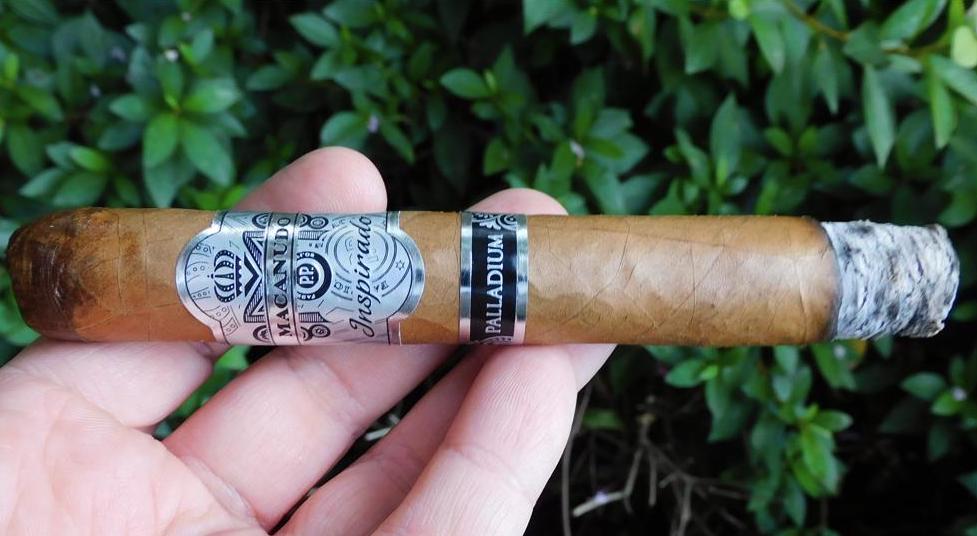 The draw to the Macanudo Inspirado Palladium Robusto also performed well. There was a touch of resistance on this draw, which for those who read my assessments, know this is the sweet spot for me. At the same time, there was no trouble deriving flavor from this cigar.

Despite what I had heard with this cigar, I still found the Macanudo Inspirado Palladium Robusto to be bolder compared to most traditional cigars. This was a cigar that was medium in strength from start to finish with little variance in the intensity level. The body was also medium, but in the last third I found the body to notch its way into medium to full territory. In terms of strength versus body, the body had the edge – particularly in the final third.

There are some positive things to say about the Macanudo Inspirado Palladium Robusto. First, the tercio aging is a good thing. Second, there is some excellent construction to this cigar; and finally, this is a cigar that is a complex smoke. The problem is that the flavors produced simply did not satisfy me. There were points of bitterness, mustiness, and cedar notes that just weren’t as enjoyable as I would have liked. Sometimes a blend doesn’t click with a palate, and this could very well be the case. That being said, this is a cigar I would recommend one try a sample of before deciding whether to purchase or not.