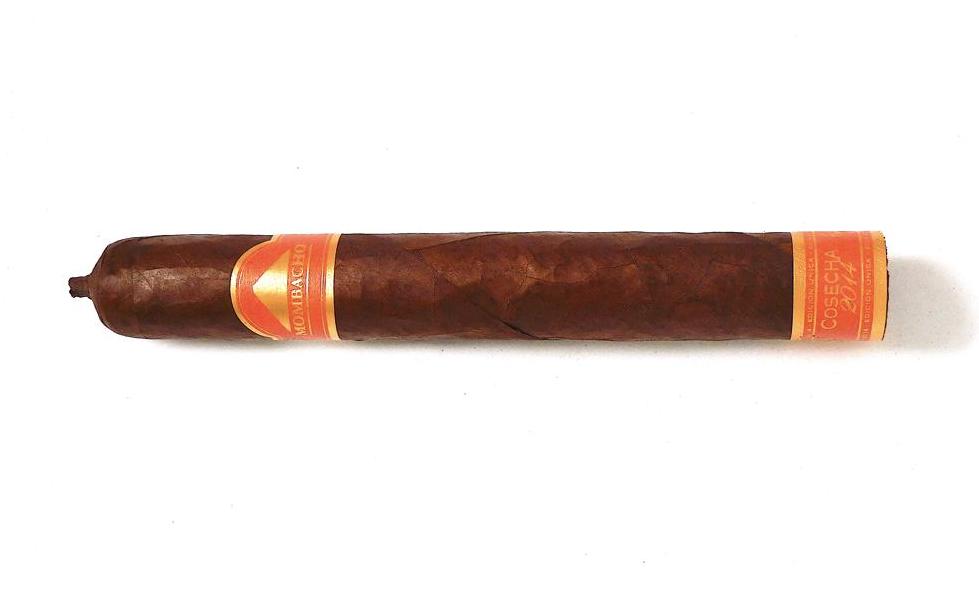 Sgroi calls the Cosecha series a “true vintage” series. It’s a project that is several years in the making for each release. first Sgroi and his team work to select the best tobaccos they can find for a particular vintage year. The tobaccos were set aside and the following year were rolled. Once rolled, the cigars were stored at the company’s Casa Favilli factory in Grenada, Nicaragua for additional long-term aging. The date the cigars were rolled is stamped on the back of the cigar’s primary band. In the case of the Cosecha 2014, it uses tobaccos from the 2014 crop and the cigars were rolled in April 2016 and had been aging at Casa Favilli until it shipped in the Summer of 2019.

This past year, Mombacho Cigars released its fourth installment, appropriately titled the Mombacho Cosecha 2015. Sgroi says that there will not be a Cosecha 2016 release, but there are plans for a Cosecha 2017 release.

For completeness, here is a list of the Mombacho Cosecha releases:

Without further ado, let’s break down the Mombacho Cosecha 2014 and see what this cigar brings to the table.

Other than the fact that the Mombacho Cosecha 2014 uses 100% Nicaraguan tobaccos from a 2014 crop, the specific leaf components have not been disclosed.  As mentioned above, the cigars were rolled in 2016 and have been aging since then. 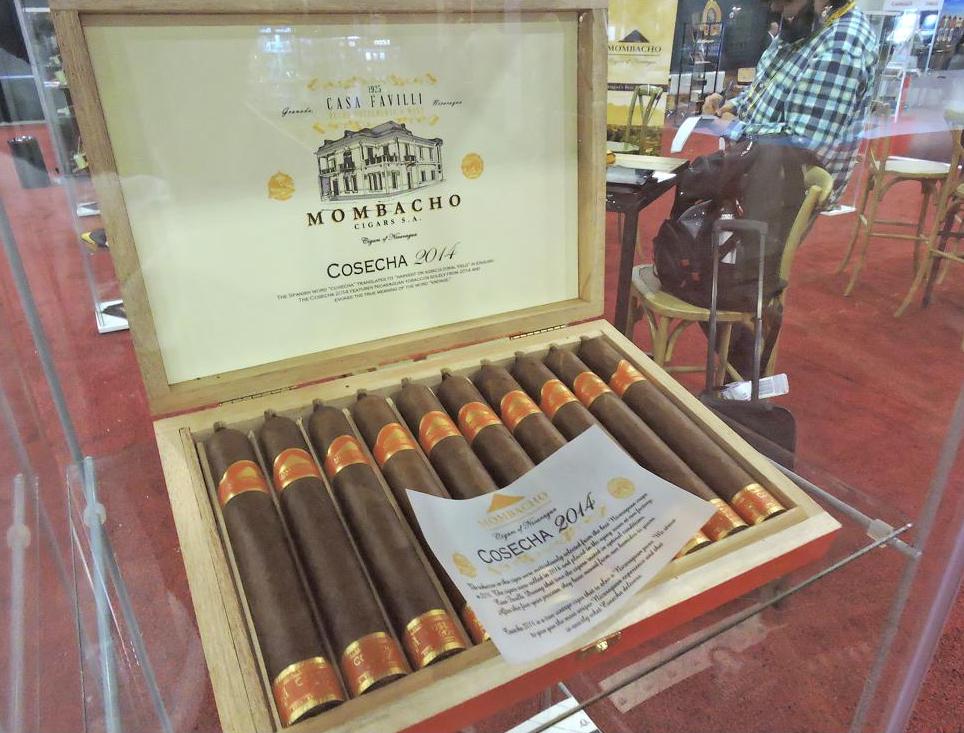 Packaging of the Mombacho Cosecha 2014

The Mombacho Cosecha 2014 uses banding consistent with the other installments of the series The primary band has an orange background with gold trim and gold font. On the front of the band, it features the company’s triangular volcano logo. Just below it is the text MOMBACHO. On the left side of the band is the text “Grenada Nicaragua” in cursive font while on the right side is the text “Casa Favilli” – also in cursive font.

The secondary band is also orange with gold trim and gold font. It features the text “COSECHA 2014” on the center of the band. On the left side of the band is the text “TOTALAMENTE A MANO” while on the right side is the text “PURO NICARAGUA.” There are also some gold adornments to the left and right. In a ticker tape pattern toward the top and bottom is the text “2014 EDICÍON UNICA” – also in gold font.

As opposed to pulling the pig-tail off the cap of the Mombacho Cosecha 2014, a straight cut was used to remove the cap and the pig-tail simultaneously. From that point, it was on to the pre-light draw. The cold draw delivered a mix of citrus, earth, and a slight amount of pepper. Overall this was a satisfactory pre-light draw. At this point, it was time to remove the footer band, toast the foot of the Mombacho Cosceha 2014 and see what the smoking experience would have in store.

Later in the first third, some white pepper emerged on the tongue. By this point the cedar notes were the most distant of the background notes. As the Mombacho Cosecha 2014 moved through the second third, the nougat portion of the natural tobacco/orange rind/nougat fusion began to diminish. There still was some sweetness to this fusion component. Toward the latter part of the second third, the nougat component dissipated. Meanwhile, the baker’s spice, white pepper, and cedar remained in the background.

By the last third, the sweetness that remained on the natural tobacco/orange rind fusion was more residual and there definitely were some bitter components now present. There still were notes of baker’s spice and white pepper also present in the background. This is the way the Mombacho Cosecha 2014 came to a close. The resulting nub was slightly soft to the touch and cool in temperature.

Along the way, the Mombacho Cosecha 2014 did require some touch-ups along the way in order to maintain a straight burn path. This wasn’t the firmest of ashes, and at times there was some minor flaking. The ash itself had a silver-gray color with some charcoal gray streaks mixed in. Both the burn rate and burn temperature of the Mombacho Cosecha 2014 maintained ideal levels.

Burn of the Mombacho Cosecha 2014

The draw of the Mombacho Cosecha 2014 started out with a touch of resistance – which is something that I normally like. However each time I smoked the Cosecha 2014, the draw got tighter and by the second half there was more resistance than I preferred. The cigar never got plugged, but the draw was definitely on the tighter side in the second half.

I’ve smoked the first three installments of the Mombacho Cosecha Series. I like how each has differed from the other installments, and it’s a fun comparison to do with one among the others. At the same time, I really like how unique these cigars are flavor-wise. This assessment of the Mombacho Cosecha 2014 might have a lower score and rating than its predecessors, but that is more of a reflection of more stringent scoring and ratings implemented on Cigar Coop since the Cosecha 2013 was rated. That being said  – other than perhaps a tighter draw than I preferred, this is still a cigar that achieves our standard of excellence with a 90 point score. It’s a cigar I’d recommend to any cigar enthusiast – and while it’s limited, it’s one I would buy and smoke again.