“The year 2018 was big for anniversaries in the cigar industry, however, of all of the commemorative releases, the one that stood as the signature for the 50 years anniversary would be The Joya de Nicaragua Cinco Décadas.” 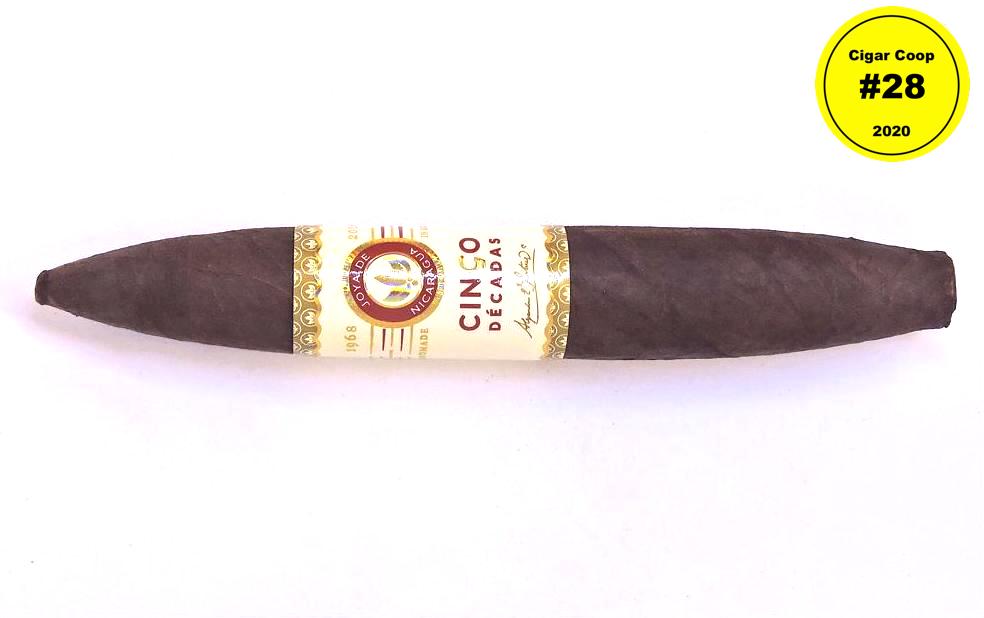 Coming in at #28 is the Joya de Nicaragua Cinco Décadas Diadema. Ever since Joya de Nicaragua released the Cinco Décadas for its 50th anniversary, the line has been solidifying itself as one of the great ultra-premium limited edition lines in the industry. Originally released in two sizes, as of 2020 the line now has five vitolas. On this year’s Countdown one of the two original vitolas, the Diadema, lands a spot on the Countdown.

The Cinco Décadas marks the fourth time Joya de Nicaragua has landed on the Cigar Coop Countdown since it was launched in 2010.