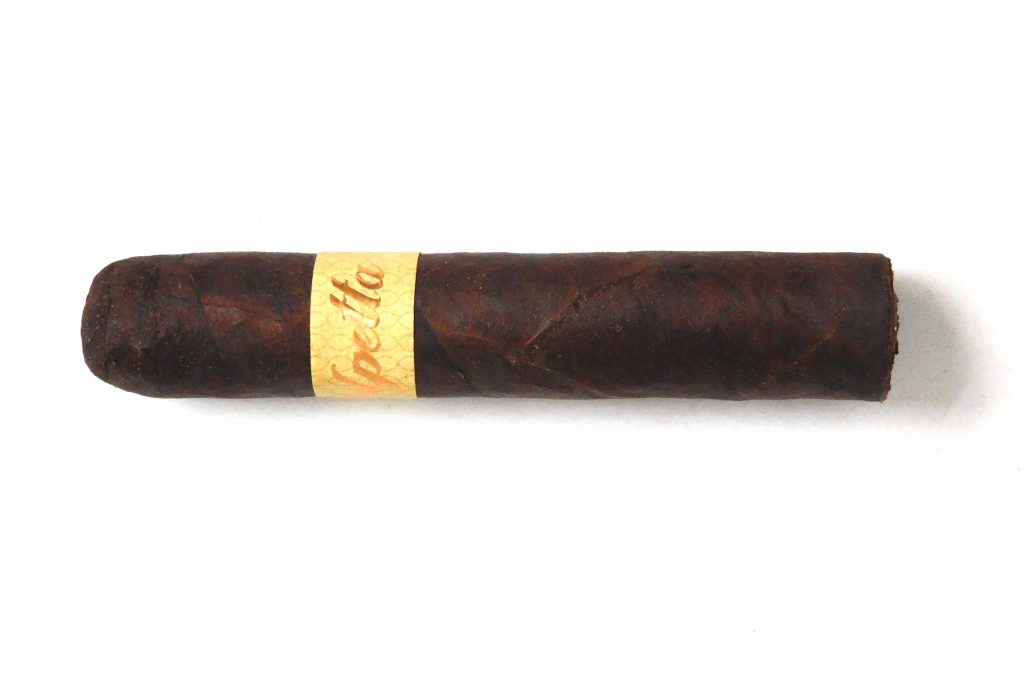 In 2020, Steve Saka of Dunbarton Tobacco & Trust announced he was going to release his first event-only cigar which he dubbed Polpetta.  Polpetta is actually a mixed-filler “Cuban sandwich” based on a concept he introduced at Drew Estate. While at Drew Estate, Saka developed a project called Papas Fritas with was made from tobacco scraps from the tobaccos used for the Liga Privada line. Now Saka has taken the same concept and has created a Polpetta consisting of seven leftover tobaccos used on his cigars produced at the NACSA factory. For the Polpetta, the leftover tobaccos are carefully bunched together and are finished with a Connecticut Broadleaf wrapper. There isn’t a price tag put on the Polpetta and at press time, the cigars have been a promotional item at Dunbarton Tobacco & Trust events. Today, we dive closer into the Dunbarton Tobacco & Trust Polpetta.

The name Polpetta is Italian for “Meatball.” While both Polpetta and Papas Fritas (French Fries) have food ties, there is a little more to the Polpetta tag. In 2019, Saka was invited to participate in a meatball preparation contest at Two Guys Smoke Shop and won the competition. In 2020, Saka was again asked to participate, and once again won the competition. For the 2020 event, the Polpetta cigar would also make its debut.

Without further ado, let’s break down the Polpetta and see what this cigar brings to the table:

As mentioned, as opposed to using long-filler leaves, the Polpetta incorporates short filler tobaccos from the leftover tobaccos used on Dunbarton Tobacco & Trust’s other blends made at Nicaraguan American Cigars S.A.(NACSA). The cigar features a Mexican San Andres binder and is finished with a Connecticut Broadleaf wrapper.

The Polpetta has been introduced in a single size – a 4 x 48 petite Robusto. The cigars are shipped in 25-count bundles.

The band of the Polpetta has an antique gold background with a chain-link design pattern. On the center of the band is the word “Polpetta” in gold font. On the far right is a gold meatball and fork on a maroon background.

Prior to lighting up the Polpetta, a straight cut was used to remove the cap. Once the cap was removed, it was on to the pre-light draw ritual. The dry draw delivered a mix of chocolate, cedar, citrus, and a slight mixed pepper note. I deemed this cigar to have a satisfactory pre-light draw. At this point, it was time to toast the foot of the Polpetta and see what the smoking experience would bring to the table.

The Polpetta opened up with notes of coffee, chocolate, mixed pepper, and mineral notes. The chocolate notes took over very early, but it didn’t take long for the coffee notes to surface. During the first third, the coffee and chocolate notes alternated as to which was the primary note. Meanwhile, the pepper and mineral notes settled in the background. Later in the first third, a citrus note also emerged in the background. As for the retro-hale, a combination of red and white pepper was delivered.

The second third of the Polpetta saw the coffee notes take over as the primary note. During this phase, there was a gradual increase in the pepper components. Meanwhile, the chocolate, mineral, and citrus notes rounded out the flavor profile.

As the Polpetta moved into the final third, the coffee notes remained grounded in the forefront. The pepper was now the closest secondary note. The chocolate, mineral, and citrus remained in the more distant background. This is the way the Polpetta came to a close. The resulting nub was firm to the touch and cool in temperature.

The performance of the Polpetta’s burn was excellent. This was a cigar that had no problem maintaining a straight burn path and a straight burn line. The resulting ash was firm with a near-white color to it. As for the burn rate and burn temperature, both were ideal. 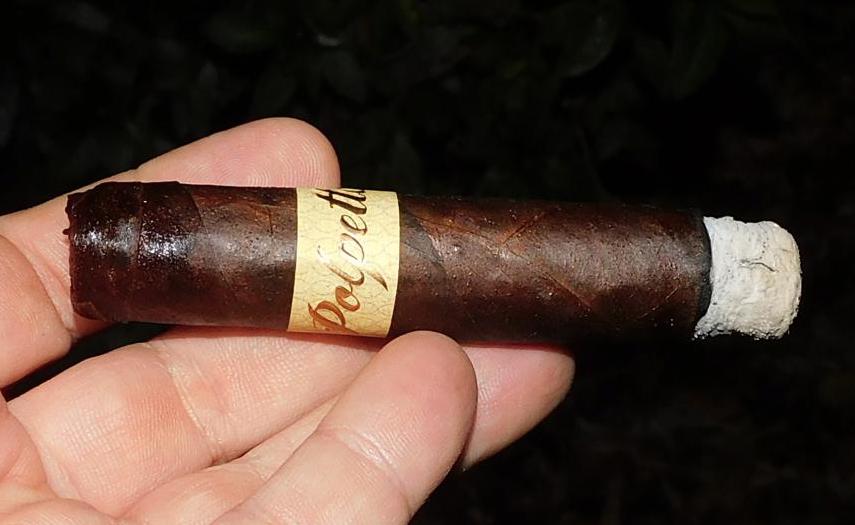 The draw to the Polpetta was equally impressive. It had a touch of resistance to it, which is something that I like. One thing that also impressed me is I didn’t get any loose tobacco bits on my tongue as I smoked this.

One thing that Saka has proven is he can deliver a mixed filler cigar that has excellent construction compared to other cigars released in that category. We’ve seen that with Papas Fritas, and now we see it again with Polpetta. Flavorwise, The Polpetta has good flavors, but I wouldn’t call them off the charts. If you go back ten years ago, there were some very good cigars that were available as event-only cigars. In recent years, many of the event cigars have gotten ordinary, average, and in some cases sub-par. The good news is that the Polpetta is a cigar that falls into the ordinary and average categories in terms of the overall experience. Personally, I’m not sure a mixed filler cigar is going to entice me at am event, but that’s just me.

This is still a cigar I could recommend to a seasoned cigar enthusiast. I certainly wouldn’t discourage a novice from smoking it, either. Given this cigar is not priced, we cannot come up with a value rating here. If I am at an event, I certainly would like to smoke it, but I’d much rather have some extra Mi Querida Gorditas as my bonus event cigar.