Agile Cigar Reviews are cigar assessments where we use a lightweight, shorter format. These will never take the place of our comprehensive reviews. They are only used on blends we have previously assessed. This might be a blend we are rescoring or giving a score for the first time. It might be a blend we are looking at in a different size. Today we look at the La Jugada Habano Semi-Pressed Toro by MoyaRuiz Cigars. This is a cigar we previously assessed back in March 2014 in the Robusto size. 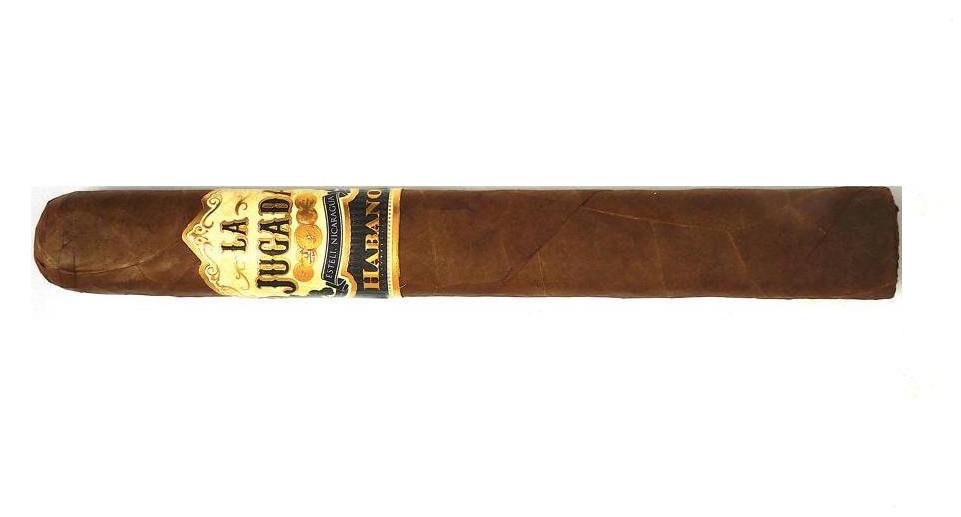 According to the company, the name “La Jugada” means “move” or “play.”  It stems from founders Danny Moya and Nelson Ruiz’s love of games such as dominoes or poker. In addition to the La Jugada Habano, there are two other blends under the La Jugada brand, the La Jugada Prieto (the company’s inaugural launch in 2013), and the La Jugada Claro (the company’s Ecuadorian Connecticut Shade line released in 2016). At press time the Semi-Pressed Toro is available only in the Habano line.

Like the rest of the La Jugada Habano line, the Semi Pressed Toro features an Ecuadorian Habano wrapper, the remainder of the blend consists of all Nicaraguan tobaccos. Production is handled at the La Zona factory in Esteli, Nicaragua. MoyaRuiz says normally its cigars are aged at the La Zona factory in Estelí, Nicaragua for six months, but due to the COVID-19 pandemic, the cigars had a full year of age on them when the initial shipment was made. The Semi Pressed Toro is packaged in 20-count boxes.

The La Jugada Habano Semi Pressed Toro opened up with notes of natural tobacco, fruit, and black pepper. The fruit notes had a slight caramel-apple sweetness to them. Early on the natural tobacco and fruit notes dominated. As the cigar progressed, some earth and bread notes emerged. By the second third, the earth joined the natural tobacco in the forefront. While the black pepper was a close secondary note in the first half, there was a slight increase pushing it to the edge of the forefront in the second half. The last third saw a slight bit of harshness to the cigar.

The flavors delivered by the La Jugada Habano Semi Pressed Cigar started out medium to full-bodied and progressed to full-bodied by the second third. This was countered by medium strength. The draw maintained a slight amount of resistance – which worked well with this cigar. The burn did require minor, but frequent touch-ups.

First up, it’s great to see MoyaRuiz go back to its foundational lines. The La Jugada brand to me has always been an excellent one and the Habano blend is the best of the three. I think the La Jugada Habano Semi Pressed Toro is a very nice offering. It delivered a nice amount of flavor and there was a boldness to this cigar that MoyaRuiz has become known for. While the Semi Pressed Toro is not going to replace the rounded Robusto size in my book, it’s still a nice alternative. The only negative was there was some harshness at the end. This a cigar that I would steer to a more seasoned cigar enthusiast, but one that I would buy and smoke again.