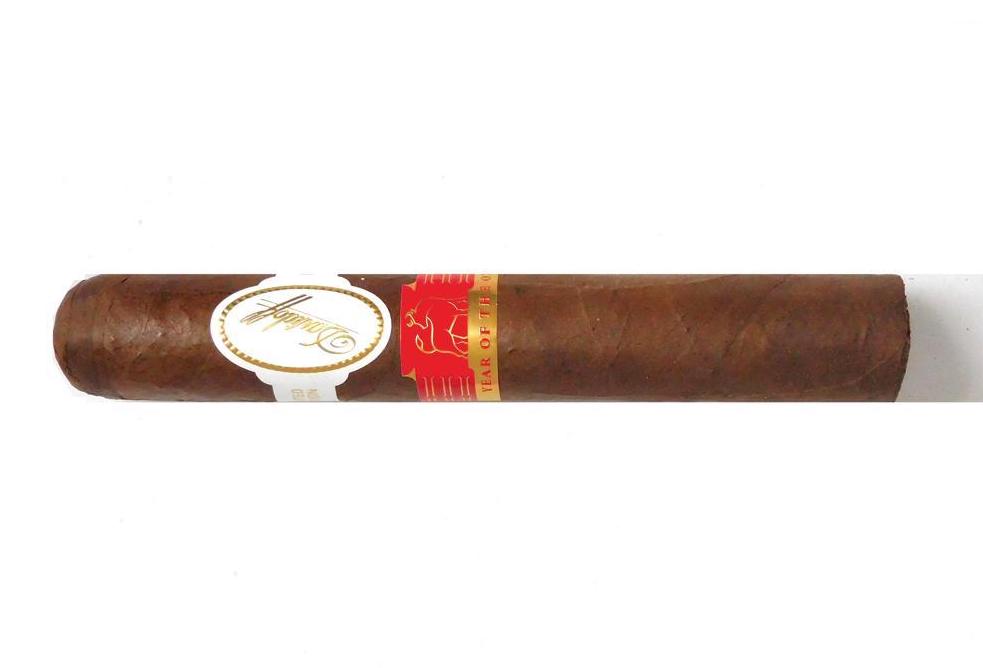 Davidoff Year of the Ox

Assuming Davidoff continues to complete the cycle through the Chinese Zodiac, the following would be the two remaining releases:

While Davidoff is the first company to launch a Chinese New Year Series, several other companies have released their interpretations of the Chinese New Year. For the Year of the Ox, there have been releases by not only Davidoff, but Maya Selva Cigars, Plasencia, General, and VegaFina.

Without further ado, let’s break down the Davidoff Year of the Ox and see what this cigar brings to the table.

The Davidoff Year of the Ox features a Dominican-grown wrapper over an Ecuadorian Sumatra wrapper and a combination of Dominican and Nicaraguan fillers. Production is handled out of the Davidoff factory in the Dominican Republic.

As mentioned above, the Davidoff Year of the Ox is a 6 x 60. The cigars are presented in 10-count boxes. There were 13,500 boxes produced for worldwide distribution – making it the largest release in the Davidoff Zodiac Series to date.

The Dominican wrapper of the Davidoff Year of the Ox had a dark cinnamon color to it. There wasn’t much in the way of oil and there was a slight amount of mottling on the surface of the wrapper. The wrapper had a slightly rugged feel to it. There were some visible veins and some visible wrapper seams.

The second band is primarily red with a gold stripe on the lower end. The gold stripe curves upward on the right stripe. On the red portion, there is an Ox logo. On the gold stripe is the text “YEAR OF THE OX” in gold font.

A straight cut was used to clip the cap of the Davidoff Year of the Ox. After clipping the cap, it was on to the pre-light draw experience. The cold draw delivered a mix of natural tobacco, earth, and cedar. Overall this wasn’t a very flashy pre-light draw, but it was a satisfying one. At this point is was time to toast up the foot of Davidoff Year of the Ox and see what the smoking phase would have in store.

The Davidoff Year of the Ox continued with the notes of natural tobacco, earth, and cedar on the pre-light draw. This was quickly joined by notes of black pepper, nut, and hay. As the Davidoff Year of the Ox moved through the first third, the natural tobacco, earth, and nut notes became primary. The cedar, pepper, and hay notes settled in the background. Meanwhile, there was an additional layer of black pepper on the retro-hale.

The earth notes remained primary during the final third. The pepper, cedar, hay, natural tobacco, and nut rounded out the flavor profile. Of the secondary notes, the pepper became the most prominent, but it did not overpower the flavor profile. This is the way the Davidoff Year of the Ox came to a close. The resulting nub was soft to the touch and cool in temperature.

The Davidoff Year of the Ox maintained a straight burn path, but also had a jagged burn line. This was a cigar that required frequent touch-ups along the way. The touch-ups kept the burn on track, but there were slightly more touch-ups than I prefer. The resulting ash wasn’t overly firm, but it wasn’t loose nor flaky either. Both the burn rate and burn temperature performed at ideal rates. 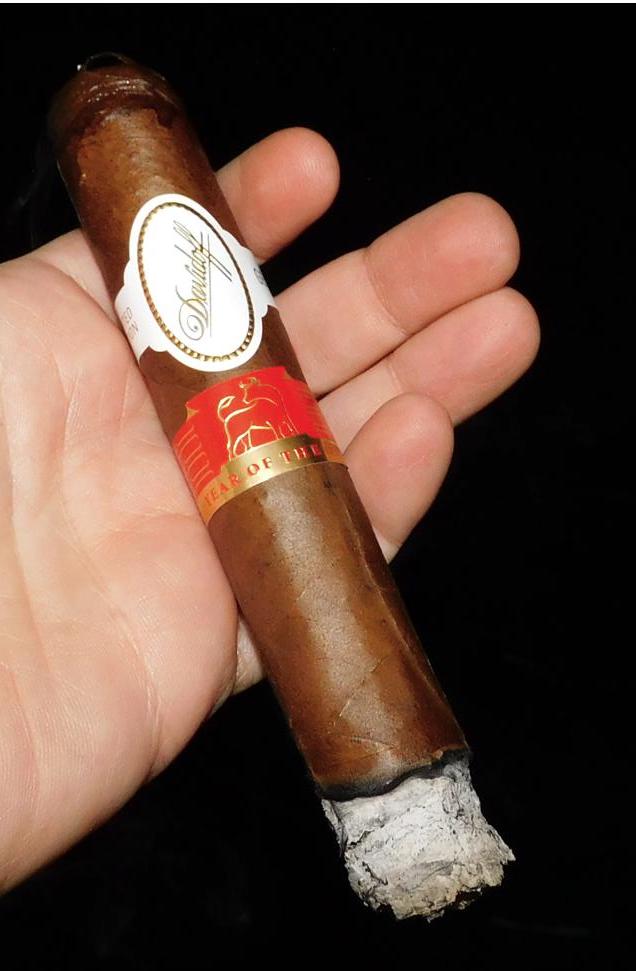 Burn of the Davidoff Year of the Ox

The draw to the Davidoff Year of the Ox was ideal. It had a touch of resistance – which as I have said many times is something that I prefer. At the same time, this was a low-maintenance cigar to derive flavor from.

Over the past nine years, I’ve found the Davidoff Chinese Zodiac series to be a mixed bag. There are some epic smokes like the Snake, Horse, Sheep, and Dog releases. Then there have been the Monkey, Rooster, and Rat releases, which were underwhelming. I’d put the Year of the Ox somewhere in the middle. I smoked the Year of the Ox three times and while the flavors produced have been consistent, the flavors came together very well on one sample, poorly on another, and in the middle for the third. At $40.00, I would expect more consistency from this cigar. In the end, I’d recommend seeing if you could try a sample before deciding if and how many to purchase.