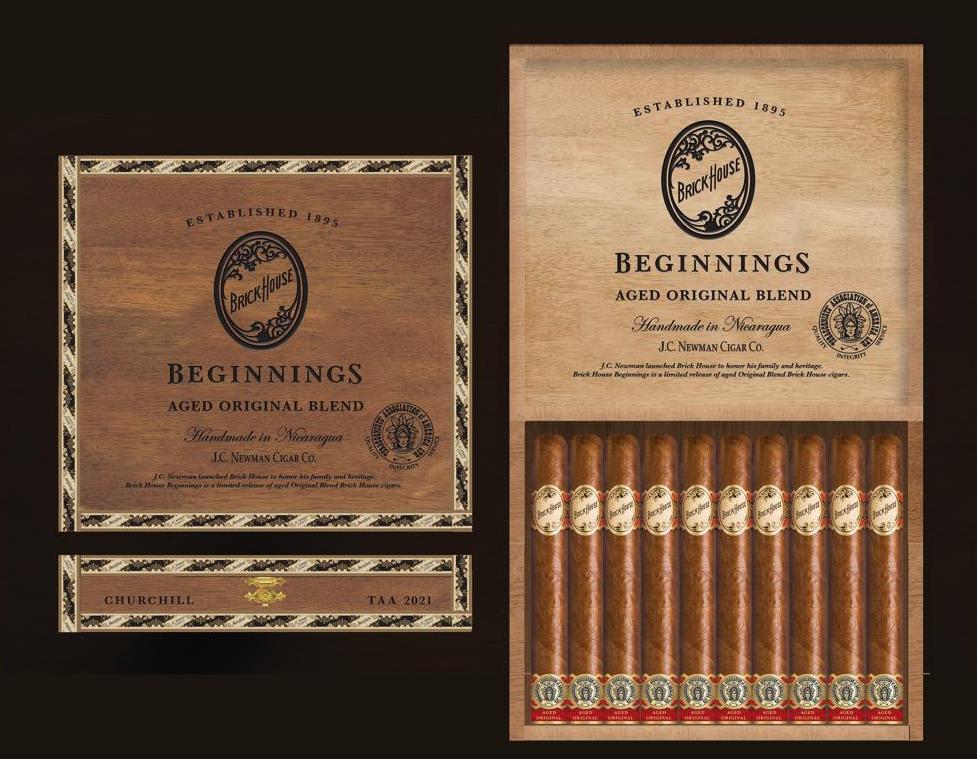 For the third year in a row, J.C. Newman Cigar Company will be a part of the 2021 Tobacconists’ Association of America (TAA) series. The installment for the 2021 TAA Exclusive Series is an extra-aged version of the company’s original Brick House cigar and its being dubbed the Brick House Beginnings.

According to J.C. Newman, a stash of 10-year old Brick House Cigars was uncovered in the basement last year while the company was working on renovations to its El Reloj Cigar Factory in Tampa Florida. A decision was made to share them with the retailers of the TAA. Both Brick House Natural and Brick House Maduro cigars were found.

While word of TAA cigars typically trickles out this time of the year, only two companies have formally announced any TAA 2021 Exclusive releases. J.C. Newman is one of those companies with the other being Crowned Heads.