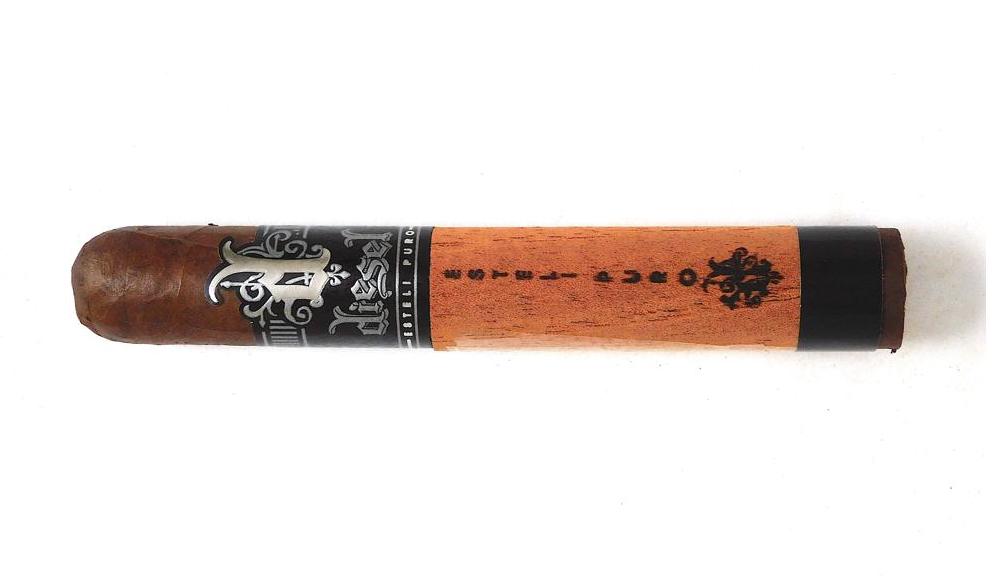 In 2020, the Diesel Cigar brand would introduce a new regular production offering known as the Diesel Estelí Puro. Diesel is a brand that has a long history with Scandinavian Tobacco Group (STG). It’s a brand that STG has partnered with AJ Fernandez on for many years. In 2017 STG moved the brand into the General Cigar portfolio where the focus became primarily one of developing the brand into a brick and mortar staple. Under the watchful eye of Justin Andrews, the brand has done some of STG’s innovative releases, most notably the Diesel Whiskey Row and Diesel Whiskey Row Sherry Cask which involved barrel aging. In the case of Diesel Estelí Puro, it involves building a blend of tobaccos where 100% of them come from the Estelí region of Nicaragua. Today we take a closer look at the Diesel Estelí Puro in the Robusto size.

Since the release of Diesel Estelí Puro, there is one important note to make. Earlier in 2021, STG announced it is dividing its portfolio of premium cigar brands. Several brands were moved out of the General Cigar Company umbrella into a new subsidiary known as Forged Cigar Company. One of those brands was the Diesel brand, where it will continue to maintain a brick and mortar focus.

One final note: I found it very difficult to find a release that disclosed it was using 100% tobaccos from the Estelí region. The one that came to mind was the  La Vérité limited edition releases by Tatuaje Cigars. The La Vérité releases featured tobaccos from a single farm, La Estrella, which is located in Estelí. In any case, one could say Diesel Estelí Puro still is not a type of cigar that we see commonly – whether limited or regular production.

Now, without further ado, let’s break down the Diesel Estelí Puro and see what this cigar brings to the table.

The Estelí tobaccos that make up the Diesel Estelí Puro come from AJ Fernandez’s farms in that region of Nicaragua. The three farms include: La Lilia, San José, and San Lotano. Production is handled out of Fernandez’s factory – which is also located in Estelí, Nicaragua.

The Diesel Estelí Puro is offered in three sizes. Each is presented in 20-count boxes. 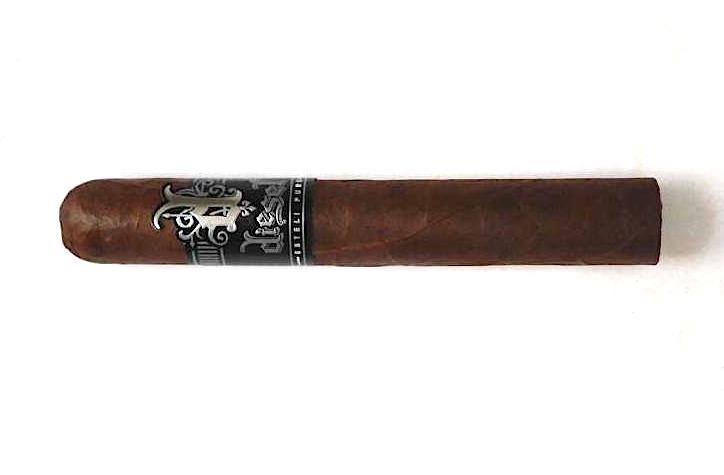 The Estelí grown wrapper of the Diesel Estelí Puro Robusto had a roasted bean color with some subtle mottling on the surface. The surface of the wrapper did not have much in the way of oil on the surface. There were some visible veins and some thin wrapper seams. The wrapper was on the smooth side.

About 3/5 of the way up from the footer is a cedar sleeve. On the cedar sleeve is the text “ESTELI PURO” and a Diesel “d” logo stamped in black ink. There is a black ribbon surrounding the bottom of the footer.

A straight cut was used to remove the cap of the Diesel Estelí Puro Robusto. Once the cap was removed it was on to the pre-light draw. The dry draw delivered a mix of orange peel, cedar, and classic wood. This was a satisfactory pre-light draw experience. At this point, it was time to light up the Diesel Estelí Puro Robusto and see what the smoking experience would have in store.

The Diesel Estelí Puro Robusto opened up with notes of orange peel, black and white pepper, and earth. During the first third, the orange peel notes moved into the forefront. The pepper and earth notes settled into the background. There was a zesty profile to the orange peel notes while the pepper notes could be detected on the back of the throat. Meanwhile, there was a strong footprint of black and white pepper on the retro-hale.

By the final third, the pepper notes joined the earth in the forefront. The orange peel was a close secondary note while the wood and cedar notes remained secondary. This is the way the Diesel Estelí Puro Robusto came to a close. The resulting nub was soft to the touch and cool in temperature.

The Diesel Estelí Puro Robusto had excellent construction and this was reflected in the burn of the cigar. This is a cigar that required minimal touch-ups to maintain a straight burn path and straight burn line. The resulting ash was firm and white in color. As for the burn state and burn temperature, both were ideal. 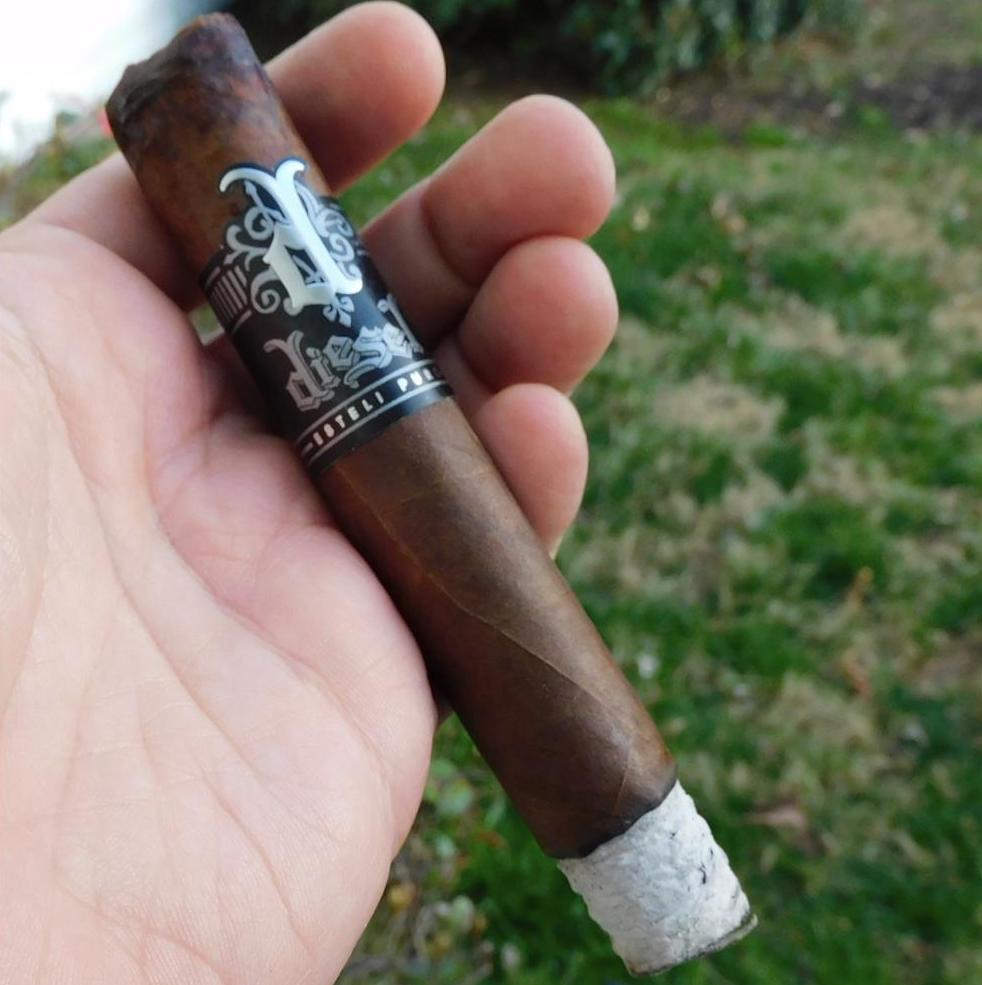 The excellent construction of the Diesel Estelí Puro Robusto also reflected on the draw. This is a cigar that had a touch of resistance on it. As I said many times, this makes for an ideal draw in my book.

The Diesel Estelí Puro Robusto is a bold cigar and this reflected in both the strength and body of the cigar. This cigar delivered a medium to full strength, full-bodied smoking experience from start to finish. The retro-hale is definitely going to kick the boldness up a level. Along the way, there is a slight increase in the intensity levels of the strength and body, but in the end, the Estelí Puro Robusto remained in the medium to full strength, full-bodied range.

In terms of strength and body, the body maintained an edge throughout the smoking experience.

Estelí tobacco is known for its boldness. This is what I was expecting from the Diesel Estelí Puro Robusto. When the pepper and cedar ramped up, there was no doubt this cigar had some firepower. At the same time, the rich, zesty orange peel flavor reminded me of the sweetness the Estelí region can produce. The flavors were good, but the problem is, I found they weighed heavier on the palate than I prefer. While normally I am not one to pair a cigar, I can say the Diesel Estelí Puro Robusto does pair nicely with a Rye whiskey. Given this is a bolder cigar, it’s one that I would recommend to a more seasoned cigar enthusiast. As for myself, this is a cigar I would buy and reach for from time to time.