Agile Cigar Reviews are cigar assessments where we use a lightweight, shorter format. These will never take the place of our comprehensive reviews. They are only used on blends we have previously assessed. This might be a blend we are rescoring or giving a score for the first time. It might be a blend we are looking at in a different size. Today we look at the Southern Draw Jacobs Ladder Brimstone Un Presidente. The Jacobs Ladder Brimstone is a cigar line we previously assessed in the Perfecto size back in February 2020. 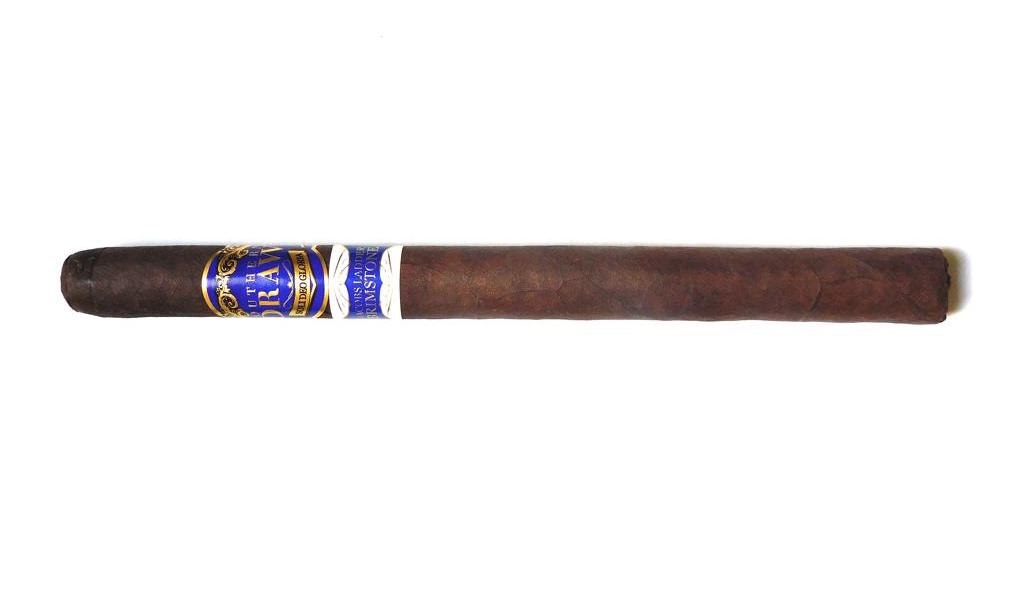 Originally the cigar was released in a 6 x 56 perfecto. In 2020, two new sizes were added to Brimstone: Oblivion, a 5 x 58 Perfecto and Un Presidente, a 9 x 48 Gran Corona. The Un Presidente is a first in terms of a Gran Corona for Southern Draw. It represents the longest cigar the company has released to date.

However, an interesting thing happened with the Brimstone. While it was blended to be a more powerful blend, the tobaccos actually ended up smoothing out and slightly mellowing. On the original perfecto, it is something I noticed about that blend. In addition, when Un Presidente was released, the cigars had been aging in the factory for 10 months and Southern Draw acknowledged a mellowing.

Like the original Jacobs Ladder, the Brimstone uses a Pennsylvania Broadleaf wrapper. The remainder of the blend was different. The binder is a USA Maduro (as opposed to Ecuadorian Maduro for the regular Jacobs Ladder) and a filler of triple ligero Nicaraguan filler (the regular production Jacobs Ladder does not have this). Production is handled at AJ Fernandez’s factory in Nicaragua. The 9 x 48 Gran Coronas are available in petacas (coffins, five coffins per tray) or twn-pack bundles. 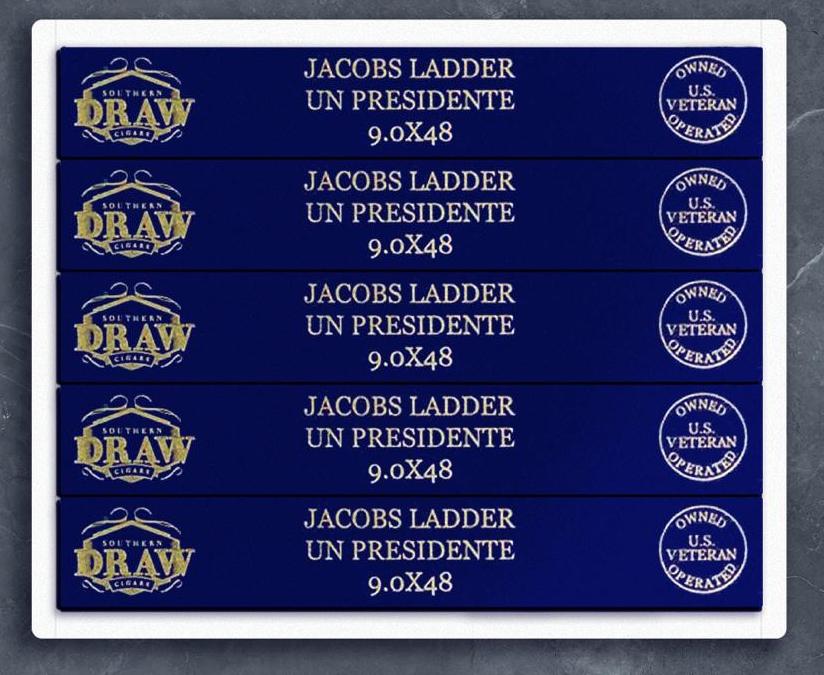 The Jacobs Ladder Brimstone Un Presidente opened up with notes of coffee, dark fruit, earth, chocolate and red pepper. Early on the coffee and fruit notes alternated in intensity as the primary flavors. The earth, coffee, and red pepper rounded out the flavor profile from behind. There also was a slightly creamy undertone. The retro-hale delivered notes of red pepper and a bit of a toasty note. During the second third, the coffee notes took over as the primary note. There was a slight increase in pepper and both the fruit and creamy undertones subsided. The final third saw the earth notes move to the forefront and replace the coffee as the primary note. The pepper notes were the most prominent in the background, but did not overwhelm the flavor profile. By this segment, the creamy and chocolate notes had dissipated.

The flavors pretty much were medium-bodied countered by medium strength. There was a slight increase in intensity in the second half, but things remained medium. The burn and draw performed excellently. The burn didn’t require many touch-ups and the draw had the right amount of resistance.

Last year the original Perfecto size captured the 2020 Cigar of the Year on the Cigar Coop Countdown and in my opinion has emerged as one of Southern Draw’s best blends. The Gran Corona size of the Jacobs Ladder Brimstone Un Presidente is a cigar that performs at the same level. Age seems very kind to this cigar and has made an excellent cigar better. Un Presidente is going to require a three-hour investment to smoke, and it’s going to be worth the time. This is a fantastic size of the Brimstone. It’s one I would easily recommend to any cigar enthusiast, and it’s one that I would smoke again – and buy a tray/bundle with no problem.” At 92 points, it far exceeds the Cigar Coop Standard of Excellence.