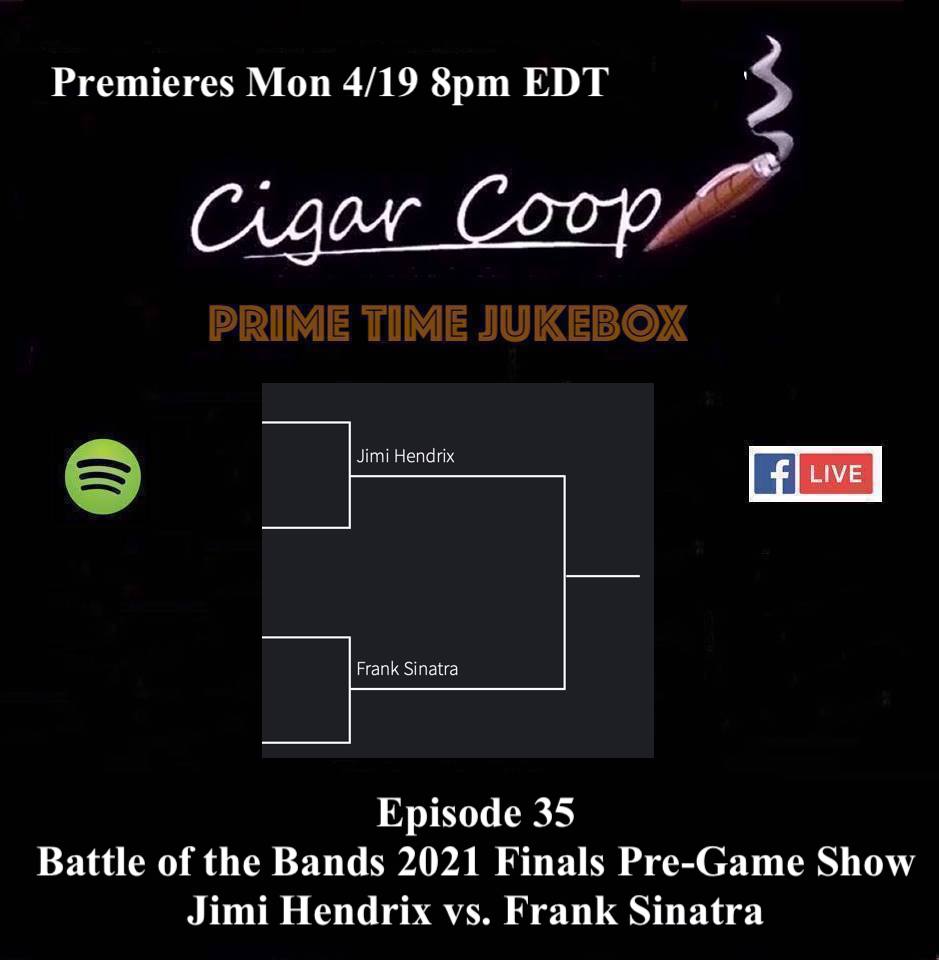 Over the past few weeks, Prime Time Jukebox has curated a “Battle of the Bands” Tournament. For this tournament, Dave and Coop have each drafted 16 musical artists. We seeded them from 1 to 16 and placed each of 16 teams into brackets – NCAA Tournament Style. Our fans have had an opportunity to vote on these matchups. The battle whittled down, and it was Jimi Hendrix that won Dave’s side of the bracket while Frank Sinatra won Coop’s. Beginning April 21st, the two winners face off in a head to head matchup.

On this episode, we preview the big championship matchup between Hendrix and Sinatra as Dave and Coop will make their cases for who should win. In addition, we will pay tribute to the late DMX and discuss a posthumous release by the late Prince. During the show, Dave smokes the Timeless Supreme and Coop smokes the AVO Maduro No. 2 (30th Anniversary)

The Spotify playlist for the show tonight can be found here.

SHOW PREMIERES ON FACEBOOK LIVE AT APRIL 19 8PM on the Cigar Coop page.

Prime Time Jukebox – the podcast that pairs music with cigars. You can catch us on Google Play Music, iTunes, Podbean, and YouTube.  As always, be sure to email your selections and feedback to cigarjukebox@gmail.com!