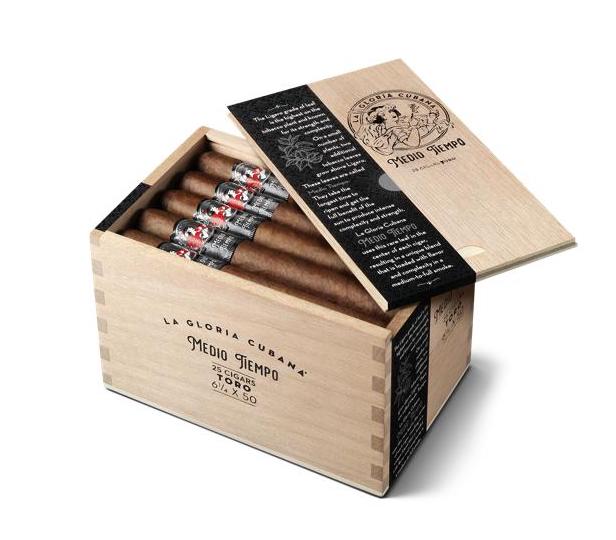 In this case, the Medio Tiempo comes from a Connecticut Havana tobacco plant and is incorporated to a filler of Honduran, Nicaraguan, and Dominican tobacco. The cigar is finished with a Connecticut Broadleaf wrapper and Ecuadorian Sumatra wrapper.

In a press release Steve Abbot, senior brand manager for La Gloria Cubana said, “The artisans of El Credito set out to highlight a rare tobacco leaf with ‘Medio Tiempo’ and ultimately delivered another fine example of their masterful blending techniques. All of the tobaccos that comprise this new collection are interwoven to perfection, and together, they tell a memorable story.”

At a glance, here is a look at the La Gloria Cubana Medio Tiempo: