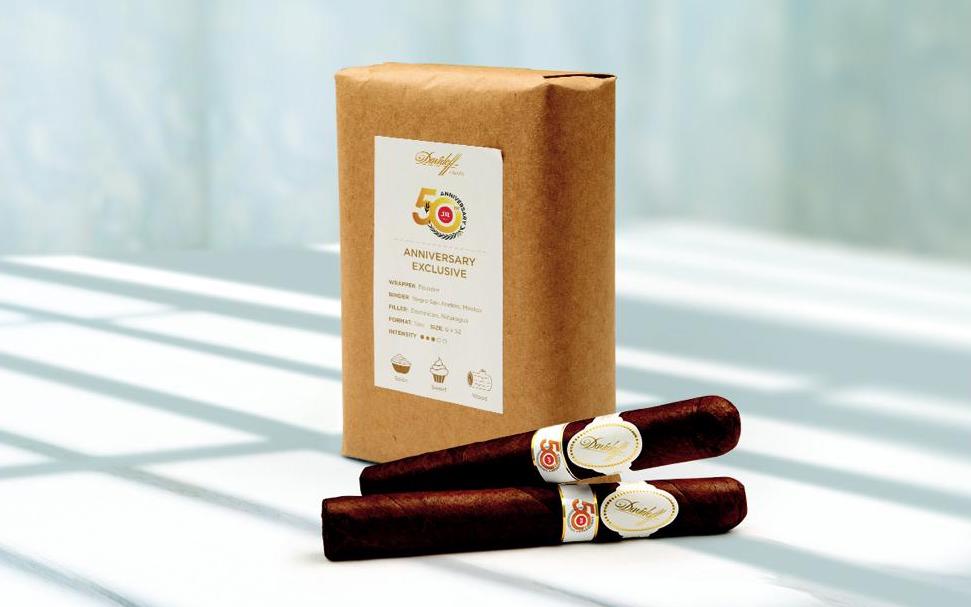 JR Cigar has announced a fifth cigar in its 50th anniversary series. This cigar comes from Davidoff and its the Davidoff JR 50th. The cigar will be exclusively available on JRCigars.com beginning May 19th.

The Davidoff JR 50th features an Ecuadorian wrapper over a Mexican San Andres Negro binder and a combination of Nicaraguan and Dominican fillers. Production comes from Cigars Davidoff in the Dominican Republic. The cigar is available in one size – a 52 x 6 Toro. It will be packaged in ten-count bundle packs with a total production of 350 packs. Pricing is set at $33.20 per cigar or $332.00 per pack.

“It is an honor to work on this project with a company as iconic as Davidoff,” says Nick Libretti, brand manager for JR Cigar in a press release. “The blend is extraordinary, leaning more towards a modern Davidoff blend with its complexity, yet it still has that signature smoothness and perfect construction.” 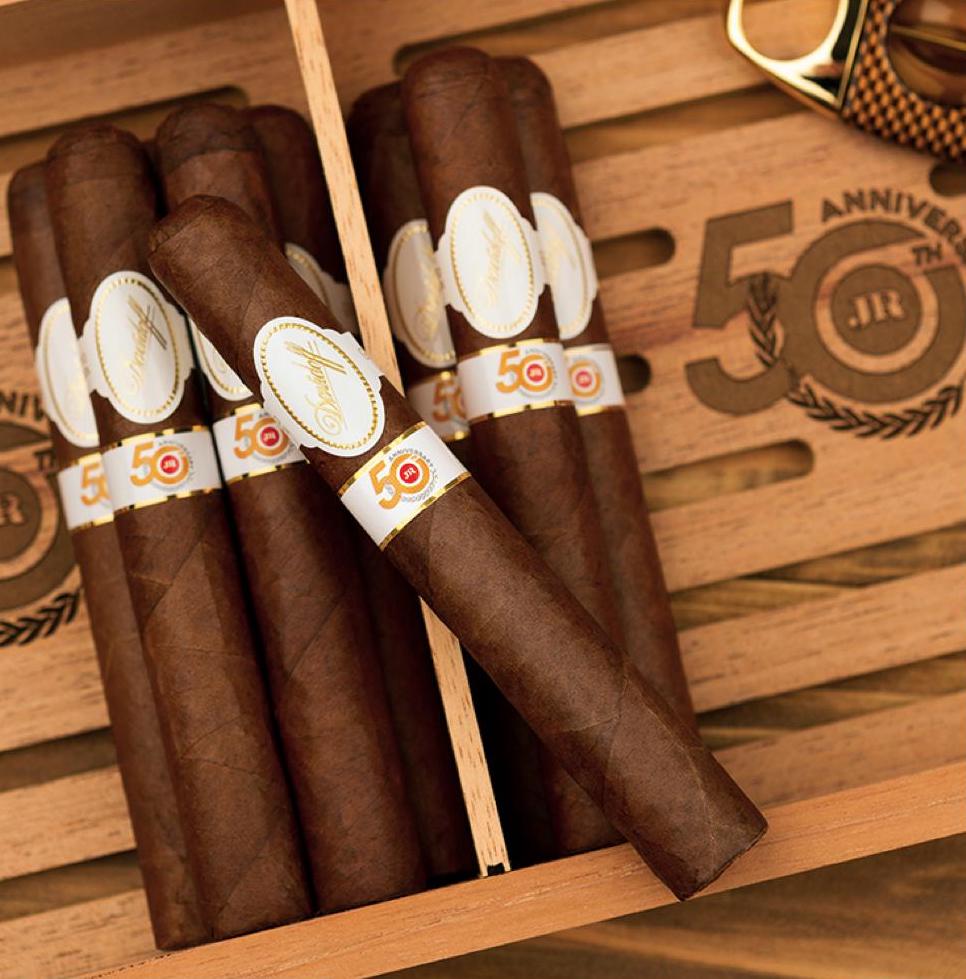 At a glance, here is a look at the Davidoff JR 50th: