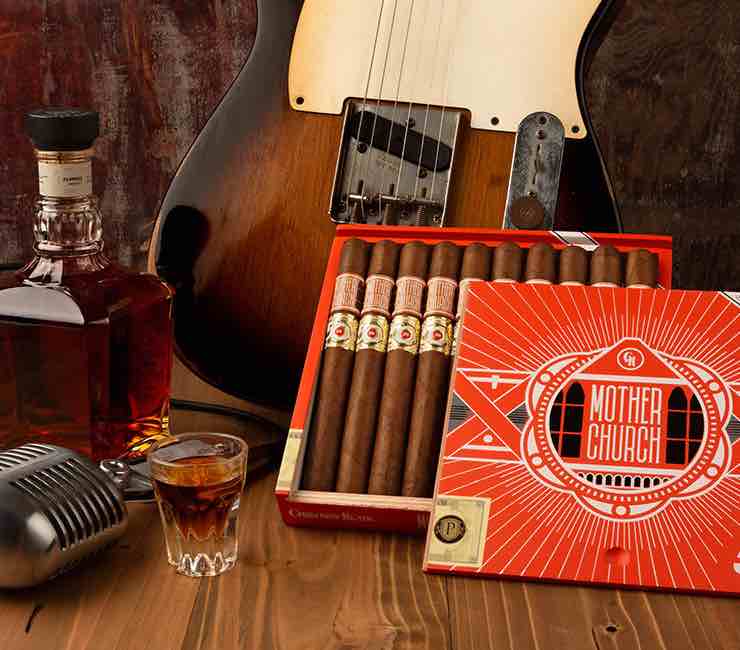 JR Cigar has announced a second cigar as a part of its 50th Anniversary Series. It’s the Mother Church by Crowned Heads, and not only does it pay homage to the JR’s 50th anniversary, but the Crowned Heads’ roots in Nashville, Tennessee.

The cigar gets its name from Ryman Auditorium in Nashville, formerly known as the Grand Ole Opry House. Due to its origins as The Union Gospel Tabernacle in 1892, the Ryman has long been known as Mother Church by Nashville natives. The cigar band was designed to resemble the stained glass windows and church-like features of the Ryman Auditorium.

Mother Church is produced out of Tabacalera Pichardo, the factory owned by Crowned Heads’s strategic alliance partner ACE Prime. The cigar features an Ecuadorian Corojo ’99 wrapper, a Connecticut Broadleaf binder, an aged tobacco from three of the main growing regions in Nicaragua. The cigar is available in one size, a 7 x 48 Churchill. It will be presented in 10-count boxes and a total of 500 boxes have been produced. Pricing is set at $12.90 per cigar or $129.00 per box. 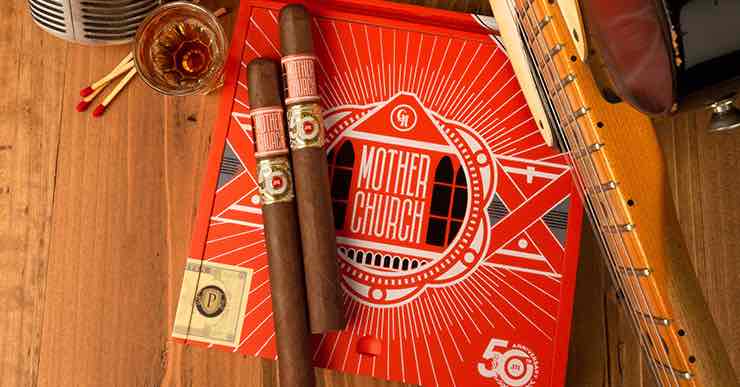 “When we were approached by JR to create a 50th Anniversary release, we wanted to do something that really spoke to Nashville and our ties to this great city,” said Crowned Heads co-founder Jon Huber in a press release. “The Ryman Auditorium, or Mother Church as we know it in Nashville, is an iconic part of the city’s history, and is also something I’ve wanted to spotlight since we began Crowned Heads 10 years ago. The celebration of JR Cigar and their 50th anniversary is the perfect opportunity to bring this vision to fruition.”

At a glance, here is a look at the Mother Church by Crowned Heads: