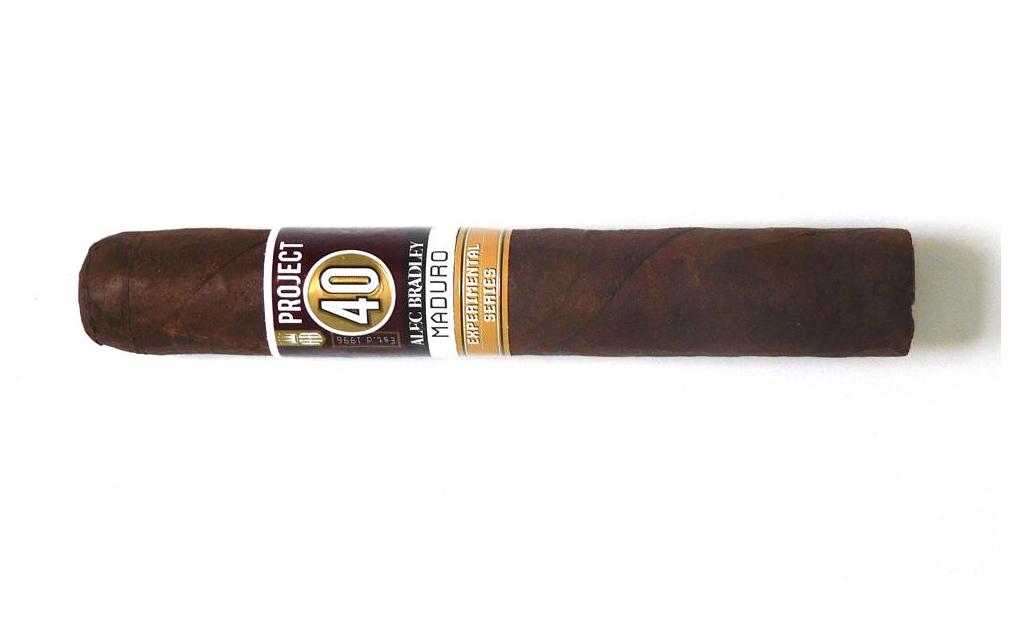 In 2019 Alec Bradley launched its Experimental Series line and its first cigar known as the Alec Bradley Project 40. It would be a change of pace cigar for a couple of reasons. First, it would become the first Alec Bradley Cigar to come out of Jesus Fuego’s factory in Estelí, Nicaragua. Fuego is known to utilize Brazilian tobacco in his blends and when it came to the Project 40, the cigar featured a Brazilian Habano binder – something that hasn’t been seen in many Alec Bradley brands. Project 40 became a huge success for Alec Bradley, capturing the #3 Cigar of the Year on the Cigar Coop Countdown. Last fall came word of the second installment of the Experimental Series. This time it would be a Maduro wrapped iteration of the Project 40 and would appropriately be called the Alec Bradley Project 40 Maduro. Today we take a closer look at this cigar in the 05.50 (Robusto) format.

The name Project 40 comes from a theory that 40 percent of one’s happiness can be influenced by intentional thoughts and actions, leading to life-changing habits. Alec Bradley President Alan Rubin ties this back to cigars on a quote that appears on the band of the original Project 40 and the Project 40 Maduro: “Project 40 is the search to find a deeper understanding as to why cigars have a positive cognitive impact on the mind and body. Similar to music, cigars have a calming effect that allows us to feel in control as well as feel rewarded. A proper blend, price, and experience has been developed for your enjoyment. Take control of your happiness.”

Without further ado, let’s break down the Alec Bradley Project 40 Maduro 05.50 and see what this cigar brings to the table

The secondary band is tan with two dark pinstripes near the top and bottom. On the band, it says “EXPERIMENTAL SERIES” in white font.

A straight cut was used to commence the cigar experience of the Alec Bradley Project 40 Maduro 05.50. Once the cap was removed, it was on to the pre-light draw phase. The cold draw delivered notes of cocoa and earth. While the cold draw had a relatively simple profile, it still was a quite flavorful one and made for a good experience. At this point, it was time to light up the Alec Bradley Project 40 Maduro 05.50 and see what the smoking experience would have in store.

The Alec Bradley Project 40 Maduro 05.52 started out with a combination of cocoa, cedar, white pepper, earth, dried fruit, and baker’s spice. During the first third of the smoking experience, there was a heavy dose of the cocoa notes with the other flavors rounding out the flavor profile. At the same time, there was a combination of dried fruit and red pepper on the retro-hale.

During the second third, the earth notes and dried fruit began to increase in intensity. The dried fruit made its way to the forefront and took over for a short time as the primary now. During this time, the dried fruit took on some citrus qualities. By the midway point, the earth notes joined the dried fruit in the forefront while the cocoa notes receded into the background. There still were notes of cedar, pepper, and baker’s spice present. Toward the later part of the second third, the fruit notes receded into the background.

The last third saw the earth notes grounded in the forefront. There was an increased presence of the pepper notes and still some fruit, cocoa, cedar, and baker’s spice in the more distant background. This is the way the Alec Bradley Project 40 Maduro 05.52 came to a close. The resulting nub was firm to the touch and cool in temperature.

Back in February, I was a guest on Cigar Dojo’s Smoke Night Live First Impressions Show. On the show, I smoked the Project 40 Maduro 05.50 for the first time, and I noted some combustion issues. Following that show, I smoked five additional Project 40 Maduro 05.50s and had no such issues. In fact, just the opposite. These were some of the best burning cigars I had this year. All of the burns were flawless – straight burn path, straight burn line, tight white ash, ideal burn rate, and ideal burn temperature. The burns on these five cigars earned the Exceptional ranking – the highest ranking on Cigar Coop. Since the First Impressions score was not part of an official review, it does not get included in the ranking; however, I did want to mention the Smoke Night Live show because I did talk publicly about the cigar. 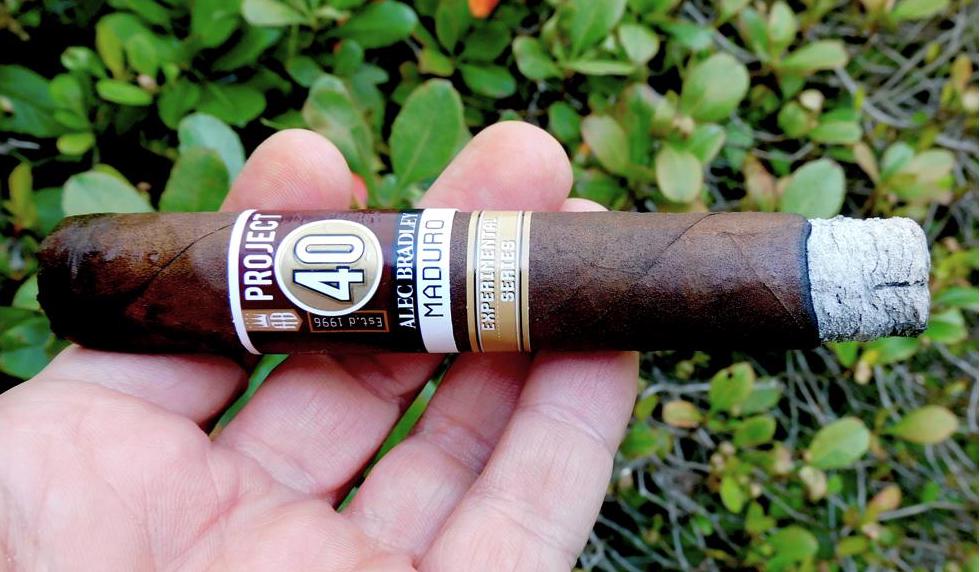 The draw to the Alec Bradley Project 40 Maduro 05.50 performed excellently. This was a cigar that had a touch of resistance to it – making it an ideal draw in my book. At the same time, this was a low-maintenance cigar to derive flavor from.

The Alec Bradley Project 40 Maduro 05.50 delivered a medium strength, medium-bodied smoke from start to finish. There wasn’t much in the way of variance with the intensity levels of the strength and body. Throughout the smoking experience, the body had a slight edge.

Everyone loves a good sequel and after the original Alec Bradley Project 40 was one of the revelations of 2019, one wondered what Alec Bradley could do next. The answer is a very different cigar that fires on all cylinders – flavors, construction, and complexity. Flavorwise, the Project 40 Maduro 05.50 doesn’t measure up to how well the flavors came from the original Project 40. At the same time, the Maduro delivers an excellent cigar experience. For under $6.00, it provides incredible value for what you get. This is a cigar I could recommend to any cigar enthusiast. Quality-wise and value-wise, the Project 40 Maduro 05.50 garners box-worthy consideration. At 90 points, it doesn’t score as high as the original Project 40, but it still holds its own and earns the Cigar Coop Standard of Excellence.