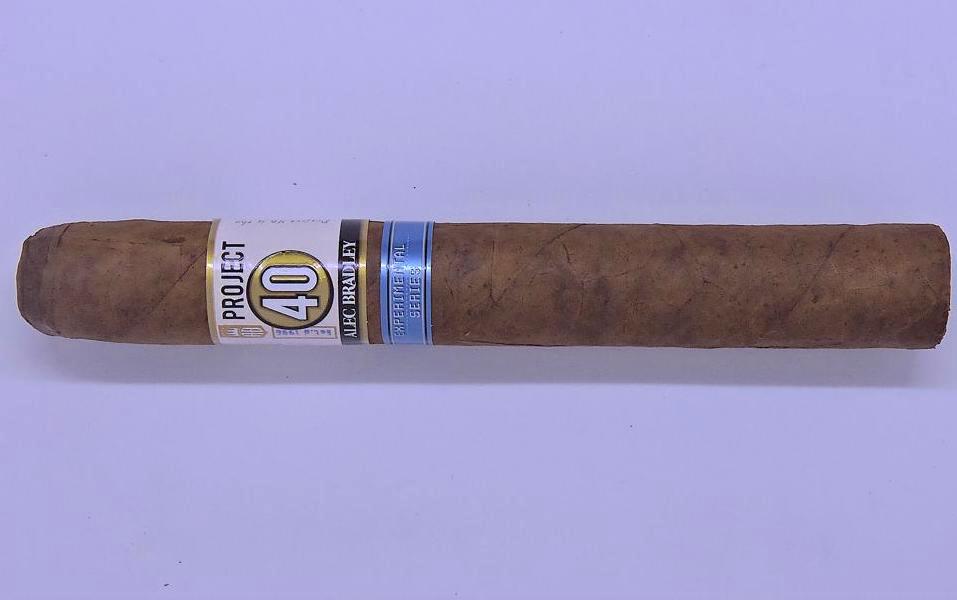 The year 2019 has certainly been interesting at Alec Bradley Cigars. For many years the company has had success making cigars in Nicaragua and Honduras, primarily working with the Raices Cubanas and Plasencia factories. While much was made of company founder Alan Rubin‘s acquisition of the Lars Tetens brands, there were a couple of projects that showed the company’s commitment to innovation and change. Much had been made about Rubin’s sons Alec and Bradley releasing Gatekeeper, a project out of Ernesto Perez-Carrillo’s Tabacalera La Alianza in the Dominican Republic. Meanwhile, Alan Rubin had another project that was released earlier in the year showcasing a change in direction. That cigar would be the first in a line dubbed the Alec Bradley Experimental Series called Project 40. Project 40 is a project done out of Jesus Fuego’s factory in Nicaragua. Today we take a closer look at the Alec Bradley Project 40 in the 06.52 (Toro size).

Perhaps the best description of the Project 40 cigar is found on the band of the cigar with a quote from Alan Rubin: “Project 40 is the search to find a deeper understanding as to why cigars have a positive cognitive impact on the mind and body. Similar to music, cigars have a calming effect that allows us to feel in control as well as feel rewarded. A proper blend, price, and experience has been developed for your enjoyment. Take control of your happiness.”

The name Project 40 comes from a theory that 40 percent of one’s happiness can be influenced by intentional thoughts and actions, leading to life-changing habits.

Without further ado, let’s break down the Alec Bradley Project 40 06.52 and see what this cigar brings to the table.

The Project 40 is the first Alec Bradley blended cigar to come out of Fuego’s J. Fuego Cigar Co. de Nicaragua factory. As a cigar maker, Fuego is known for working with Brazilian tobaccos. In this case, a Brazilian Habano leaf was selected as the binder – something we really haven’t seen in an Alec Bradley blend before.

The Alec Bradley Project 40 is available in four sizes. Each of the names of the vitolas is derived from the dimensions of the cigar. The four sizes are each presented in 20-count boxes. 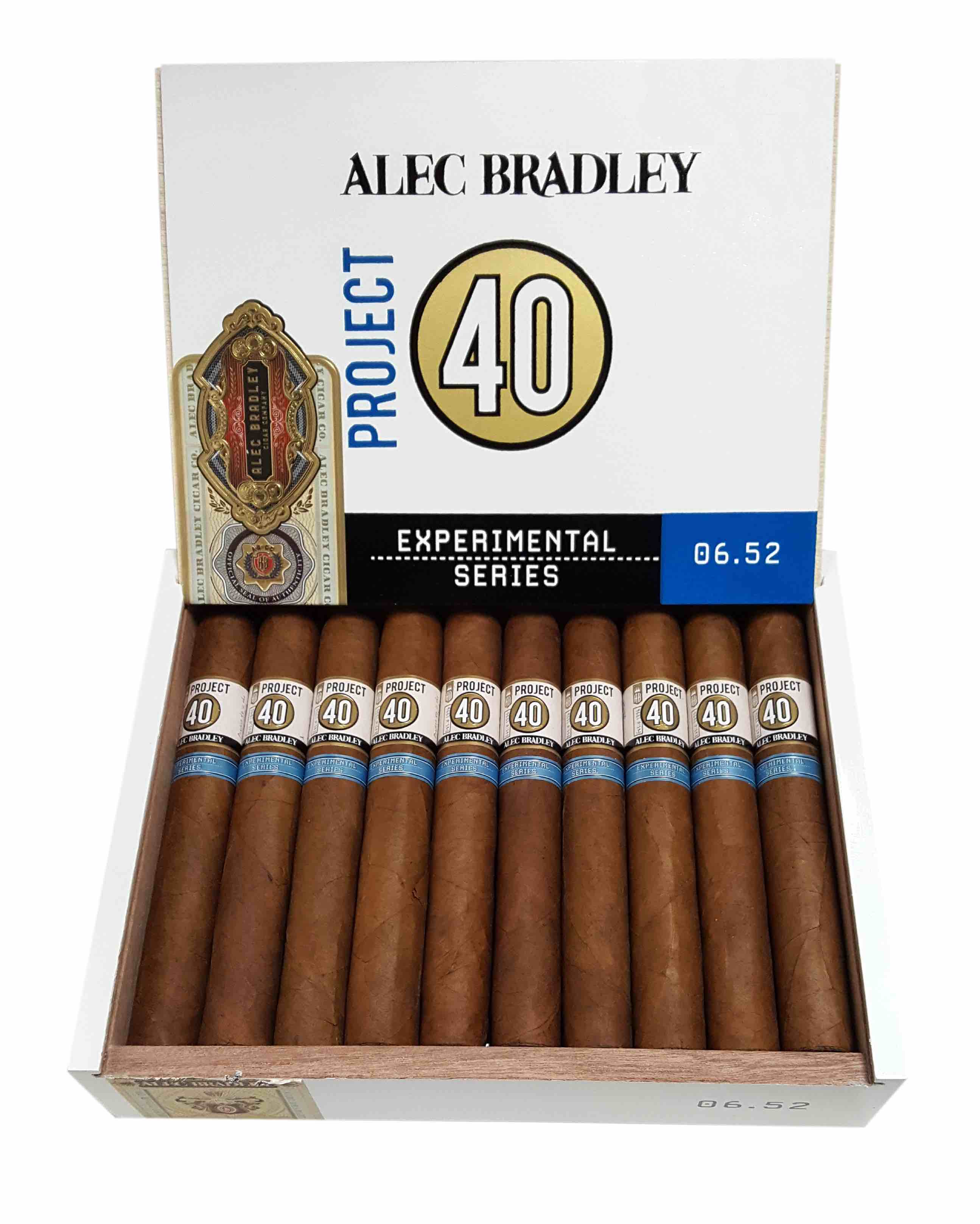 The Nicaraguan Colorado wrapper of the Project 40 06.52 definitely had a reddish clay color on it. Upon closer examination, some mottling could be seen on the surface. This was a wrapper that did not have much in the way of oil on it. There were some visible veins, but any visible wrapper seams were on the thin side.

There are two bands on the Alec Bradley Project 40. The primary band has a white background with gold trim. Toward the top of the band is a gold Alec Bradley badge logo with the text “PROJECT” in black font to the right. On the center of the band is the text “40” in white font with black trim. This text sits on a gold circle with black trim. To the left of the circle is the text “EST 1996” (year Alec Bradley was formed) in a blue-stamped font surrounded by a gold border. On the lower portion is the text “ALEC BRADLEY” in white font on a black stripe. Finally, the sides of the band have the text we discussed in the intro by Alan Rubin, “Project 40 is the search to find a deeper understanding…..” in a dark cursive font. 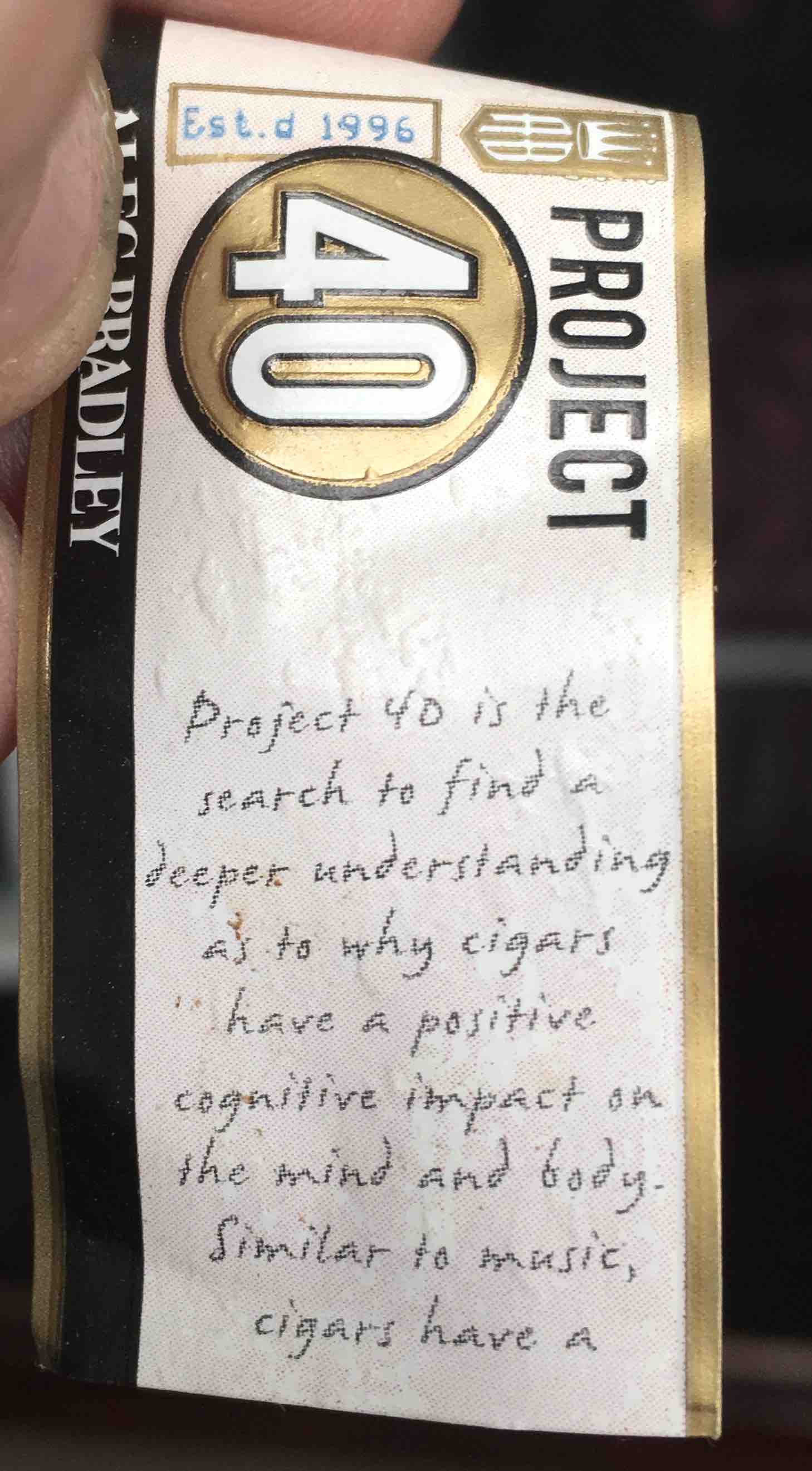 There is a secondary band that is metallic blue in color with darker pin striping near the edge. On the center of the band is the text “EXPERIMENTAL SERIES” in white font.

A straight cut was used to remove the cap of the Alec Bradley Project 40 06.52. After removing the cap it was on to the pre-light draw stage. The cold draw delivered a mix of earth, natural tobacco, raisin sweetness, and a slight creamy/bready note. Many times when I get raisin flavor off a cigar, it’s usually not a good sign as I find the tobacco is not ready. That wasn’t the case with the Project 40 06.52. In this case, the sweetness is stable and complements the natural tobacco flavors nicely.

This was an adequate pre-light draw. At this point, it was time to light up the Alec Bradley Project 40 06.52 and see what the smoking phase would have in store.

During the second third, the coffee notes continued to be the dominant note on the profile. The raisin sweetness started to have a diminished presence – occasionally popping in the forefront. Meanwhile the baker’s spice and creamy component remained in the background. At the same time, a slight black pepper note became present on the tongue.

The last third saw some earth notes mix in with the coffee in the forefront. In the background the pepper, baker’s spice and raisin sweetness were still present. To a lesser extent notes of natural tobacco and cream could also be picked up. This is the way the Alec Bradley Project 40 06.52 came to a close. The resulting nub was slightly soft to the touch and cool in temperature.

The Alec Bradley Project 40 06.52 maintained a straight burn path and a straight burn line from start to finish. This was a cigar that had a light gray ash. This was an ash that was skewed the firmer side. At times there was some minor flaking on the ash, but this never proved to be problemsome. The burn rate and burn temperature of this cigar had ideal levels throughout the smoking experience. 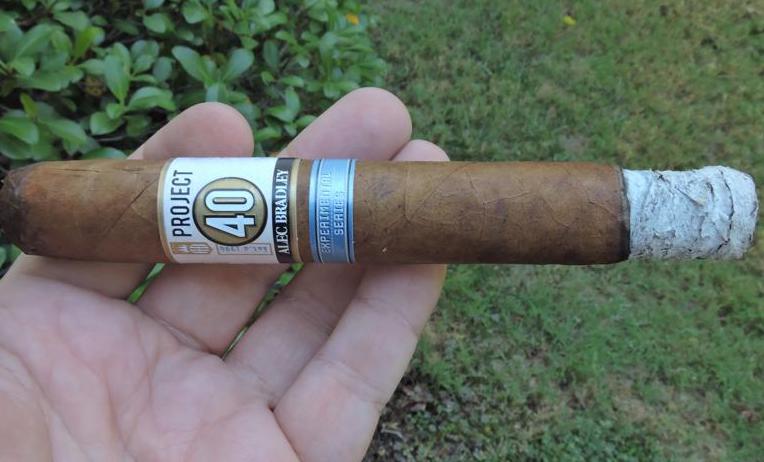 The Alec Bradley Project 40 06.52 maintained a nice balance between resistance and openness throughout the smoking experience. This was a low maintenance cigar to derive flavor from.

The Alec Bradley Project 40 06.52 is going to be a cigar that is dialed back in terms of strength and body. This is a cigar that started out with mild strength and mild body. From start to finish, there was an increase in intensity with both attributes. By the second half, the strength leveled increased into the mild to medium rage. The body reached mild to medium by the end of the first third.

As I stated upfront, normally when it comes to a raisin-like flavor in my cigar, it’s not a good sign it usually means the cigar is too young. In the case of the Project 40 06.52, it’s quite the opposite. The raisin sweetness becomes the X-Factor leading to a cigar experience that fires on all cylinders – flavor and complexity combined with excellent construction. It’s a milder cigar, but don’t let that dissuade you – it’s a cigar that showcases everything something on the lower side of medium should be. At $5.50, this makes the Project 40 06.52 one of the best values of 2019. Even more so, it’s perhaps one of the best cigars I’ve had this year. It’s a cigar I’d recommend to anyone to smoke at any time of the day. It’s also a cigar worthy of making a box purchase of – and fighting Chuck Norris for that box.