Agile Cigar Reviews are cigar assessments where we use a lightweight, shorter format. These will never take the place of our comprehensive reviews. They are only used on blends we have previously assessed. This might be a blend we are re-scoring or giving a score for the first time. It might be a blend we are looking at in a different size. Today we look at the Crux Epicure Gordo. This is a cigar line assessed several times most recently in the in the Short Salomone size back in May 2019. 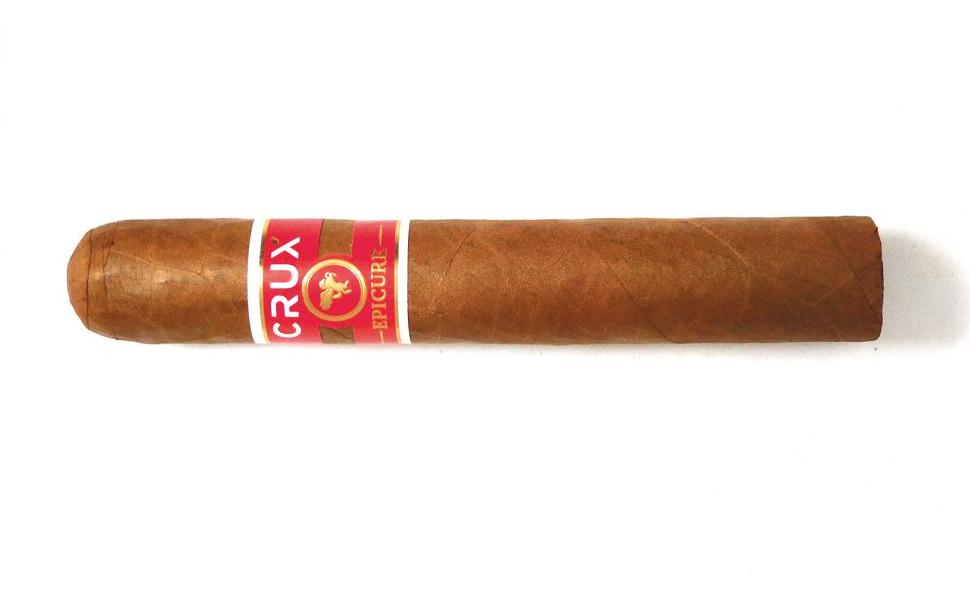 Late in 2017 Crux Cigar would bring the Crux Epicure line to market. The line was an important milestone for the company as it would introduce Crux’s first Connecticut Shade cigar to the market. Since its release the Crux Epicure has been a line that has become one of Crux’s most popular releases to date. On Cigar Coop, it’s a cigar that has done extremely well as it captured the Cigar Coop #2 and #10 Cigar for the year in 2018 and 2019 respectively. In 2020, Crux Cigars would introduce a 6 x 60 Gordo to the line, and that is the cigar we take a closer look at today.

While I am personally known to enjoy Gordo-sized cigars, I often find it difficult to find a good one with a Connecticut Shade wrapper. With the Crux Epicure Gordo, I did find this to be a very enjoyable cigar. As mentioned above, it keeps to the wheelhouse of the Crux Epicure line. It was a little less complex, but still equally satisfying flavorwise. At $12.50, it’s a little higher in price, but it does deliver a satisfying experience. I could recommend it to any enthusiast, any time of the day – particularly one who enjoys a big ring gauge. As for myself, it’s a cigar I would buy and smoke again. At 90 points, it reaches the threshold for Cigar Coop Standard of Excellence.