“The tapering and size of this cigar gives the Epicure Short Salomone its own identity when compared to the other sizes, yet remains true to the roots of the Epicure blend. Most importantly, the flavors excel with this cigar.” 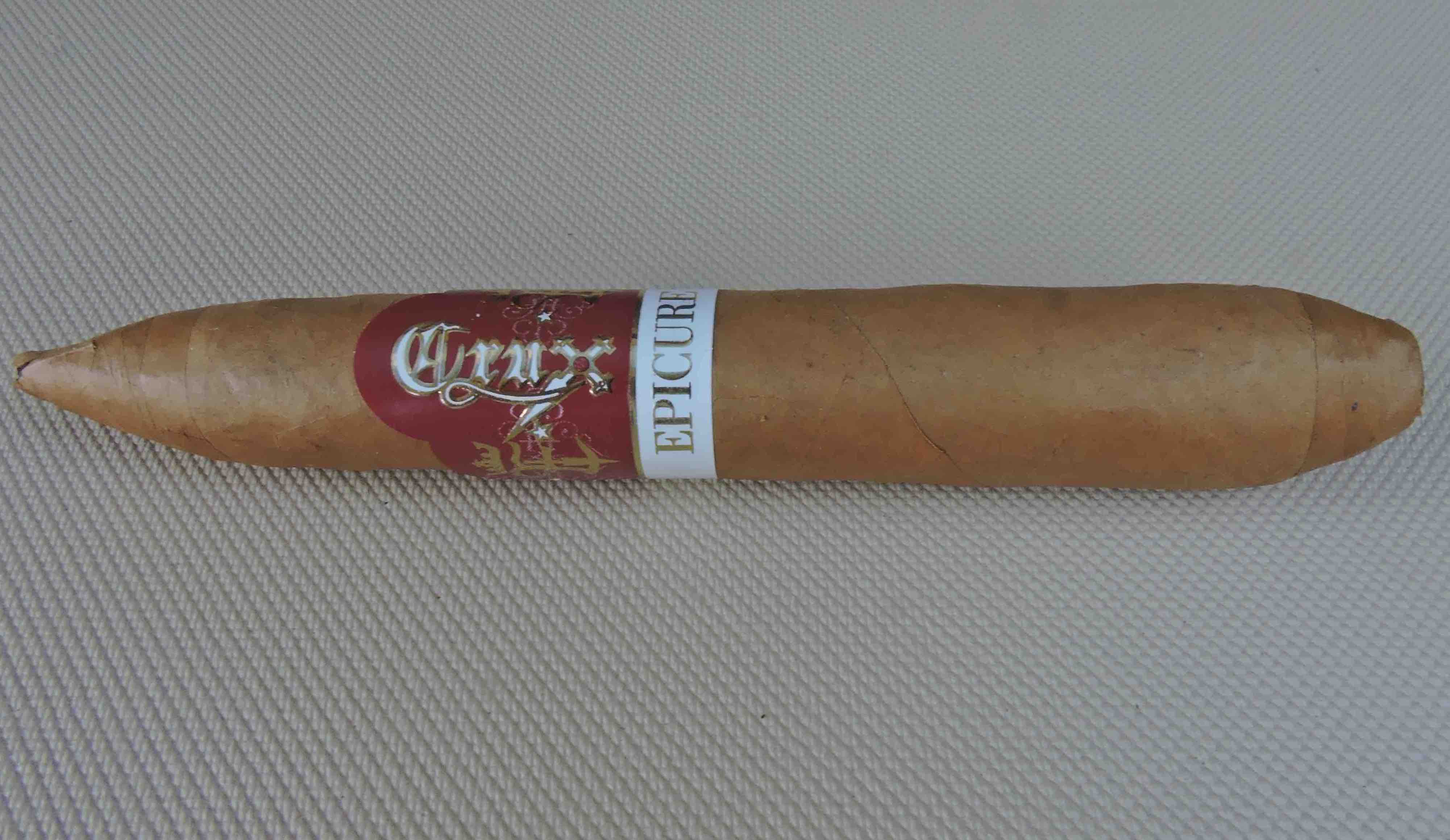 Crux Epicure was Crux Cigars’ first Ecuadorian Connecticut Shade cigar to hit the market. Like the rest of the Epicure line, the remainder of the blend features Nicaraguan tobaccos. The Epicure is produced at the Plasencia factory in Estelí, Nicaragua.

The Crux Epicure Short Salomone lands Crux on a Cigar Coop Countdown for the fourth year in a row. In each of these years, Crux Cigars has landed a cigar in the Top 10. It’s the second year in a row that Crux Epicure has landed on the Countdown. In 2018, the Crux Epicure Robusto captured the #2 Cigar of the Year. It also joins the Crux du Connoissuer #2 which captured Cigar of the Year in 2016. The Epicure Short Salomone is the first Connecticut Shade cigar to land on this year’s Countdown and the second cigar out of the Plasencia factory to land on this year’s Countdown.

I found the 6 x 54 Short Salomone format to be an excellent one, and it’s one that the Crux Epicure blend works beautifully with this size. Crux has been a company that has been delivering consistently excellent products to market, and its no surprise they’ve landed on this year’s Countdown with this cigar.