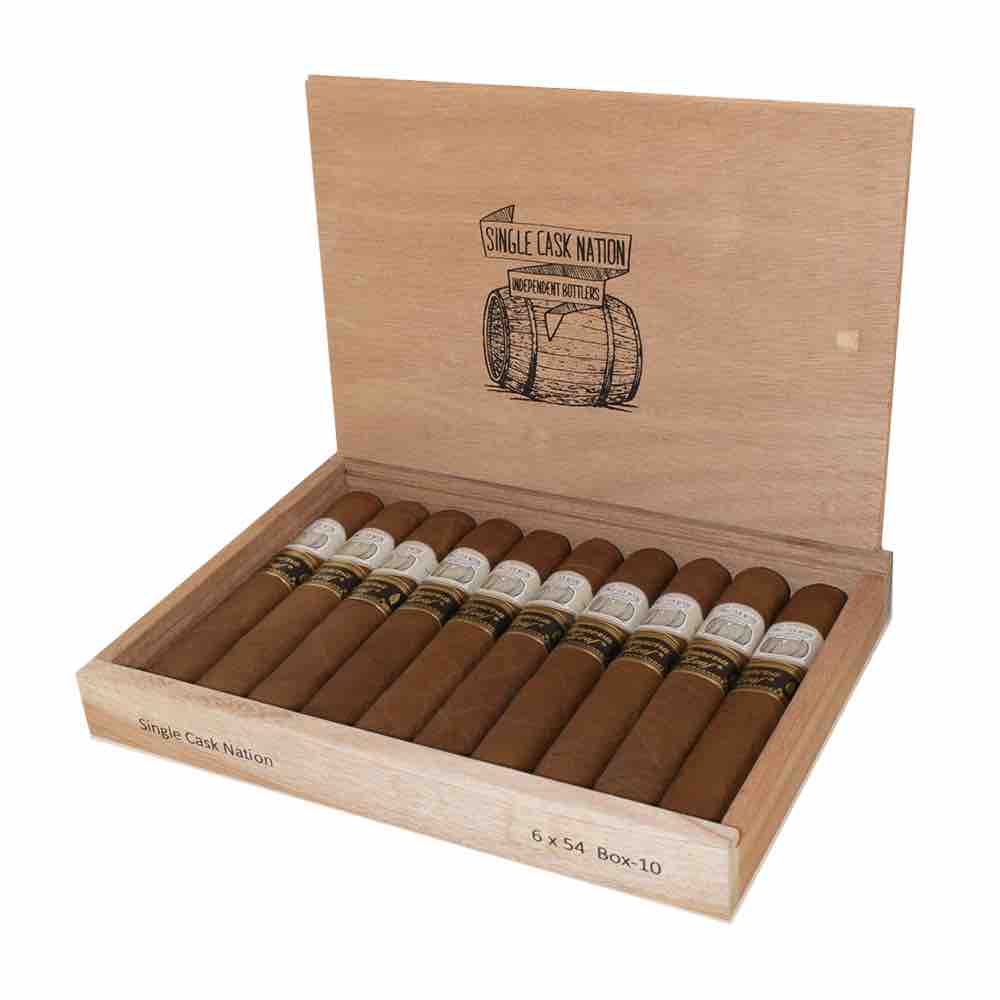 The cigar features a blend consisting of 100% Nicaraguan tobaccos highlighted by a Nicaragua Toro. The Single Cask Nation cigar comes in one format – a 6 x 54 box-pressed Toro. The cigars are presented in ten-count boxes with a total allocation of 200 boxes. The cigars go on sale Monday, July 26 at 2guyscigars.com.

“The 2021 edition of the Single Cask Nation is more of a traditional cigar, but the barrel changes things up creating an experience showcasing both crafts,” said Jonathan Miller, Cigar Czar at J&J Spirits in a press release.

“The bourbon barrel created an interesting marriage,” added Joshua Hatton, the J&Js President & CEO, “Fans of bourbon will definitely love this cigar as will fans of Aganorsa Leaf. Where our last release was more about the whisky, this one is extremely balanced.”

“Aganorsa Leaf produces some amazing award-winning sticks,” said Miller, “and when it came to include 2GuysCigars.com as a retail partner again, it was an easy choice.”

David Garofalo, owner of 2GuysCigars.com added, “With the success of the first release we were more than happy to partner up with Single Cask Nation once again. This has been an interesting project to be a part of and we were thrilled to offer feedback to create an even better sophomore release that cigar fans will embrace.”

At a glance, here is a look at the Single Cask Nation: