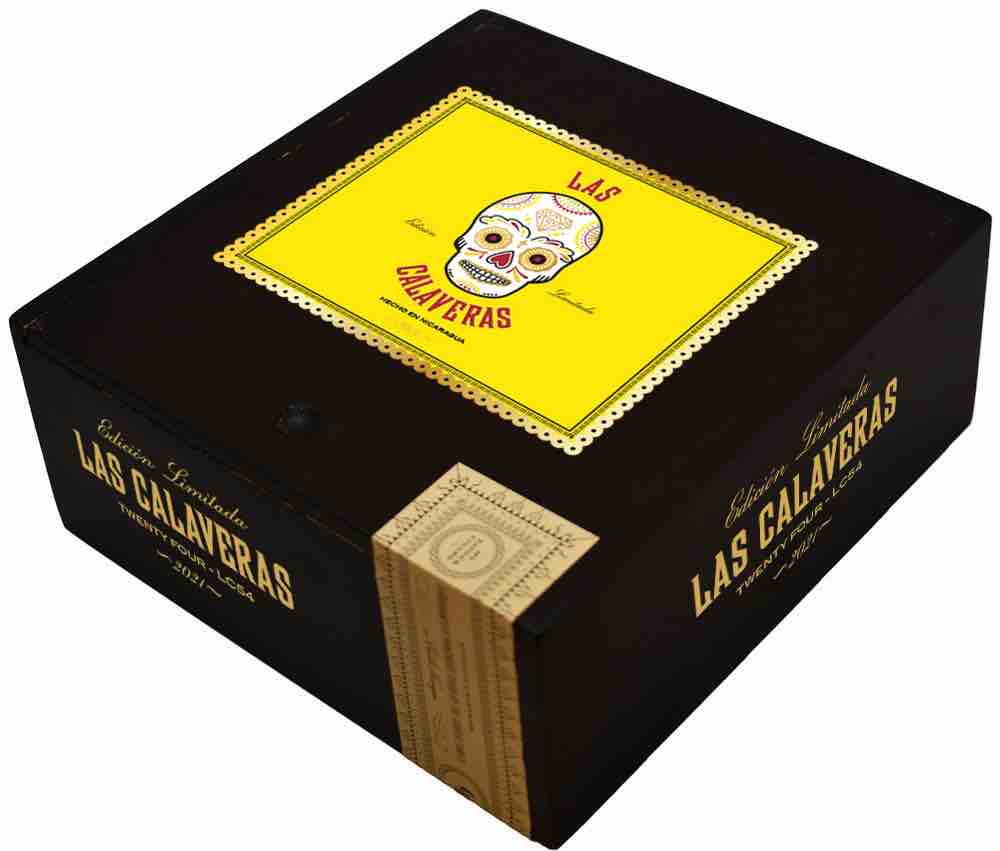 Crowned Heads has announced Las Calaveras Edición Limitada (EL) 2021, the eighth installment of the annual series that pays homage to the Year of the Dead, will return in July.

Las Calaveras EL 2021 consists of an Ecuadorian Sumatra Oscuro cover leaf and Nicaraguan binder and filler – marking the firs time Sumatra has been used on a Las Calaveras blend. The cigars will be released in four sizes: LC48 (6 x 48), LC50 (5 x 50), LC54 (5 3/4 x 54), and Petit Lancero (6 x 40). The Petit Lancero will be available as a part of a four-count sampler featuring one of each of the Las Calaveras EL 2021 sizes. The LC48, LC50, and LC54 will be available in 24-count boxes. Production is handled by My Father Cigars in Estelí, Nicaragua – who has produced every release of Las Calaveras to date. Production has been allocated to 1,250 boxes per size and an addition 1,750 of the sampler boxes.

The 24 box counts consist of 3 rows of eight cigars. Crowned Heads has done this because the number 8 is a symbol of infinity as in everlasting life and the three rows represent the beginning, middle, and end of the cycle of life. 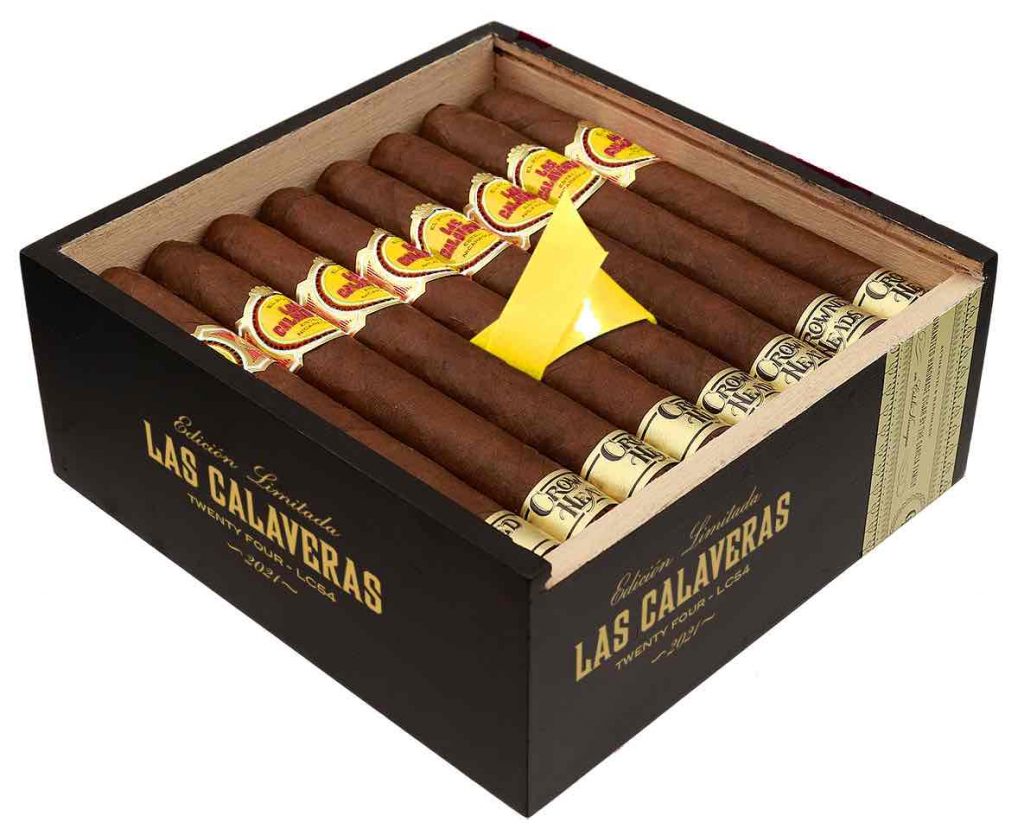 “We’re particularly excited about this year’s Las Calaveras releases as it marks a first for us in the series,” commented Jon Huber, co-founder of Crowned Heads in a press release. “In fact, this is the first time we’ve utilized a Sumatra wrapper leaf in any project originating from our partners at My Father Cigars, and I think the resulting profile is not only an obvious change of pace, but is also an amazing expression of Sumatra wrapper leaf.”

At a glance, here is a look at the Las Calaveras Edición Limitada 2021: