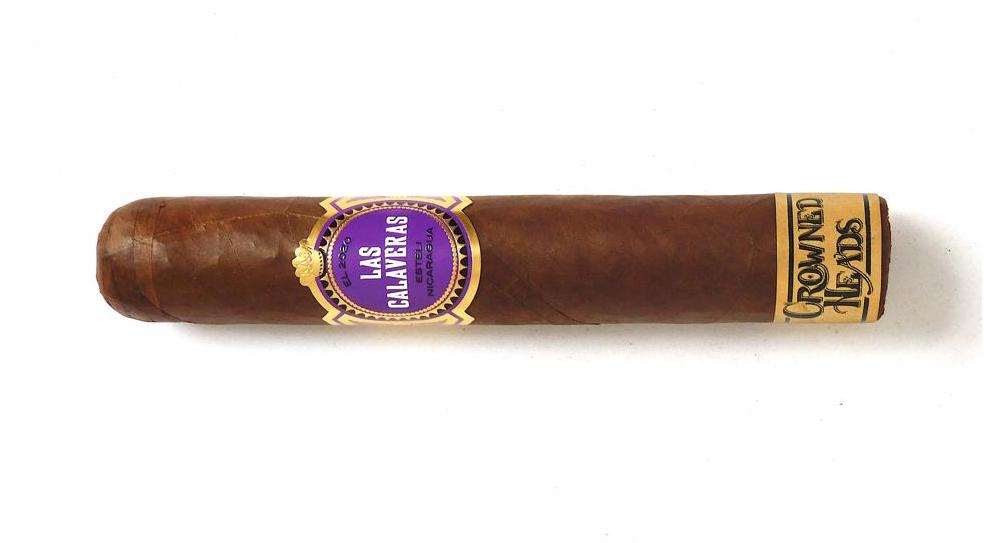 In the Spring of 2019, Crowned Heads announced the seventh installment of its Las Calaveras series. Las Calaveras is an annual limited edition release that first made its debut back in 2014. The name “Las Calaveras” translates to “The Skulls.” It is a line that pays homage to those who have passed away over the past year. As opposed to being a mournful symbol, it is intended to be a celebration of those lives and remembrances of those who are no longer with us. Over the years Las Calaveras has emerged as one of the more popular annual limited cigars in the marketplace. Today we take a look at the Las Calaveras Edición Limitada 2020 in the LC52 (Robusto) size.

At the time Las Calaveras made its debut, it was significant because it marked the first time Crowned Heads would produce a cigar outside of Ernesto Perez-Carrillo’s Tabacalera La Alianza factory in the Dominican Republic. For Las Calaveras, Crowned Heads would team up with the Garcia family at My Father Cigars in Nicaragua. Since 2014, each subsequent release has featured a different blend and different packaging.

Without further ado, let’s break down the Las Calaveras Edición Limitada 2020 LC52 and see what this cigar brings to the table.

The Ecuadorian Habano Oscuro wrapper of the Las Calaveras Edición Limitada 2020 LC50 had a medium brown/dark caramel color to it. There was a slight amount of oil on the surface of the wrapper. While there were some visible veins and thin visible wrapper seams, the LC52 had a relatively smooth surface.

Las Calaveras features a footer band. This is something that has been seen on several Crowned Heads releases as of late. The band is gold with black font. On the band is the “CROWNED HEADS” name featuring the company’s logo font. Black trim surrounds the text on the upper and lower portion.

Prior to lighting up the Las Calaveras Edición Limitada 2020 LC52, a straight cut was used to commence the cigar experience. Once the cap was removed from the cigar, it was on to the pre-light draw ritual. The cold draw delivered a mix of cocoa, citrus, fruit, and earth. I consider this an excellent pre-light draw experience. At this point, it was time to remove the footer band, light up the LC52 and see what the cigar experience would have in store.

The start of the Las Calaveras Edición Limitada 2020 LC52 started off with a combination of earth, citrus, cocoa, and black pepper. Early on the earth notes moved into the forefront. The citrus, cocoa, and black pepper settled into the background. As the Las Calaveras Edición Limitada 2020 LC52 moved through the first third, a natural tobacco note also surfaced in the background. Meanwhile, there was an additional layer of black pepper on the retro-hale.

At the start of the second third of the Las Calaveras Edición Limitada 2020 LC52, the earth notes remained primary. The natural tobacco, citrus, and pepper varied in different degrees. Just past the midway point, the natural tobacco joined the earth notes in the forefront. Meanwhile, the pepper emerged as a more prominent secondary note on the tongue.

By the last third, the natural tobacco became the sole primary note. In the background there still were notes of pepper, earth, citrus, and touches of cocoa. This is the way the Las Calaveras Edición Limitada 2020 LC52 came to a close. The resulting nub was firm to the touch and cool in temperature.

The burn of the Crowned Heads Las Calaveras Edicion Limitada 2020 LC52 performed very well. This is a cigar that maintained a straight burn path and a relatively straight burn line. Along the way minimal touch-ups were performed. The resulting ash was silver-gray. This was an ash that was on the firm side. Meanwhile, the burn rate and burn temperature were both ok. 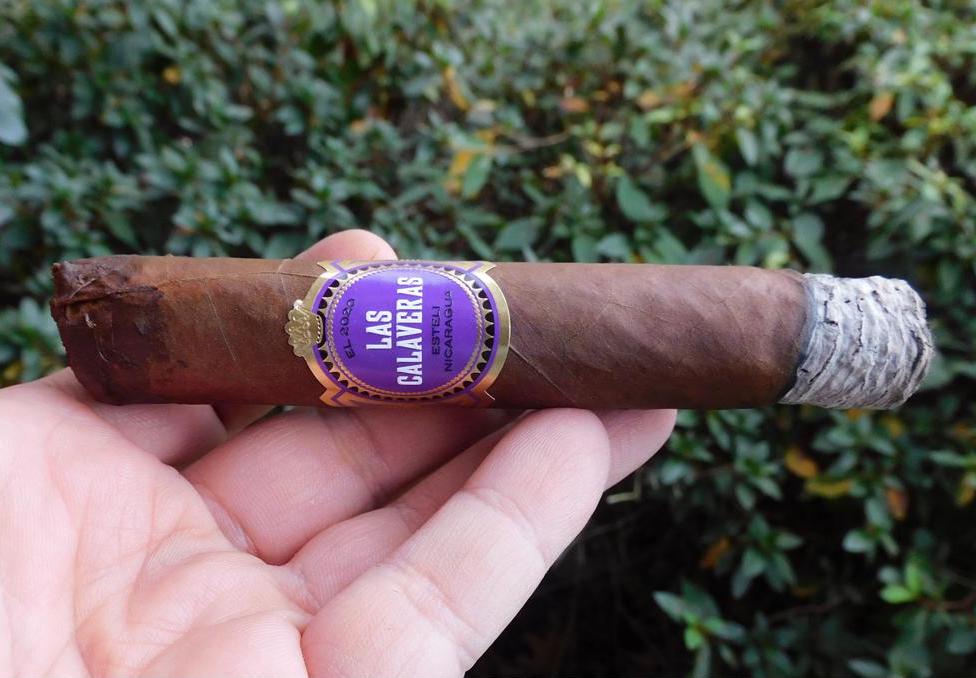 The draw to the Crowned Heads Las Calaveras Edicion Limitada 2020 LC52 was on the open side, but not loose. Normally I like a little more in the way of resistance on a draw. In this case, there were no adverse effects other than my preference for a little more resistance.

In terms of strength and body, the Las Calaveras Edicion Limitada 2020 LC52 delivered a medium strength, medium-bodied smoking experience from start to finish. There wasn’t much in the way of variance of the intensity levels of the strength or body. At the same time, the strength and body balanced each other nicely with neither attribute overpowering the other.

The fun thing about an annual limited edition series is comparing the releases. In particular when it comes the Ecuadorian Habano Oscuro releases of 2014, 2019, and 2020, it becomes even more fun. While I know a lot of people hold the 2014 release in high regard, I would still give the edge to the 2020 edition. It’s impossible to do a side by side comparison simply because the 2014 edition has some age on it, but in terms of performance at the time it was assessed, the 2020 edition gets the nod. This was a well-balanced cigar that delivered excellent flavor. This cigar also performed well in the Robusto (LC52) format. This is a cigar I could recommend to either the novice or experienced cigar enthusiast. At 90 points, it achieves the Cigar Coop Standard of Excellence status. It is a cigar I would definitely smoke again and buy multiples of.