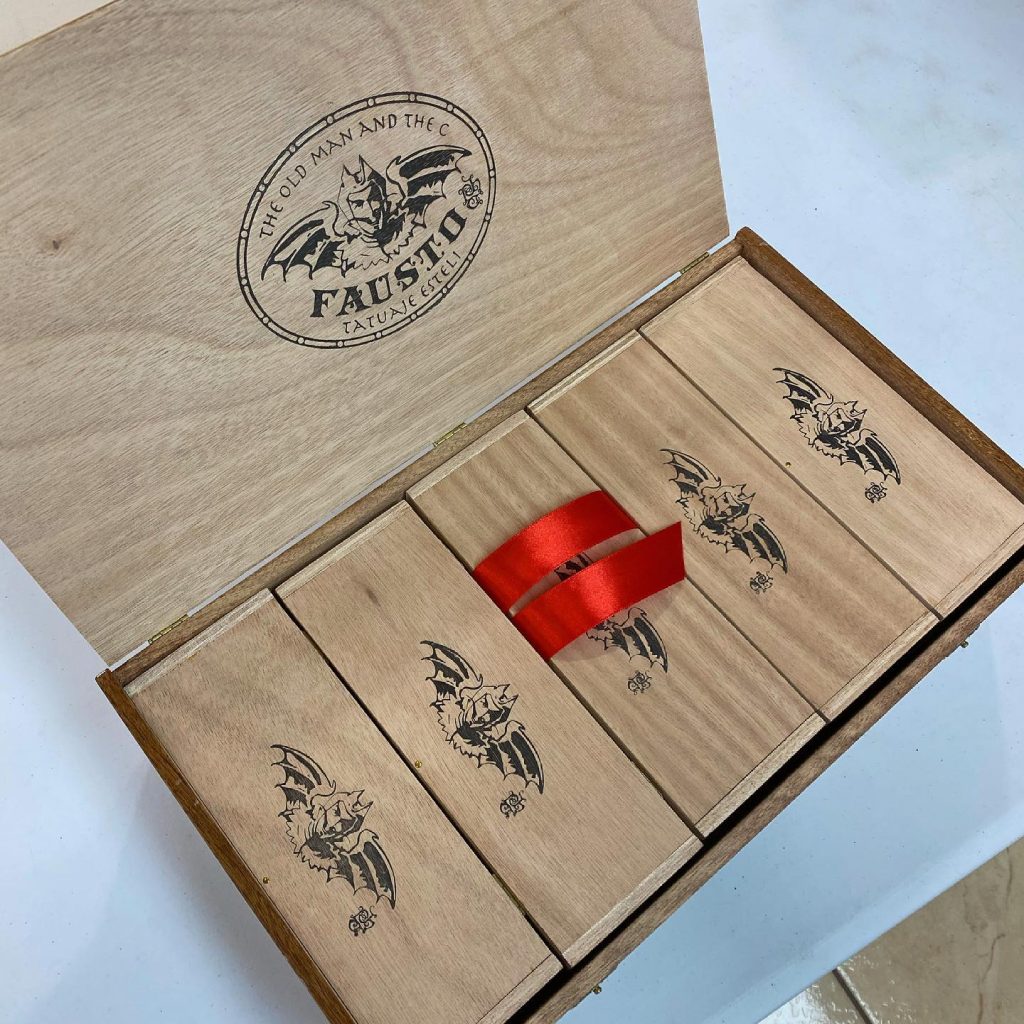 “Old Man and the C” is a reference to known cigar enthusiast Ernest Hemingway.  The name is a spin on Hemingway’s novel The Old Man and the Sea. As for the cigars, it consists of a three-cigar culebra and a 7 1/2 x38  lancero. The cigars are packaged in a coffin. It’s a limited-edition collection with 10,000 coffins produced. The coffins are also packaged in ten-count boxes.

Fausto is a blend that made its debut in 2011 as a regular production line. It consists of an Ecuadorian Habano wrapper over Nicaraguan binder and filler. The blend is considered to be one of the boldest in the Tatuaje portfolio.